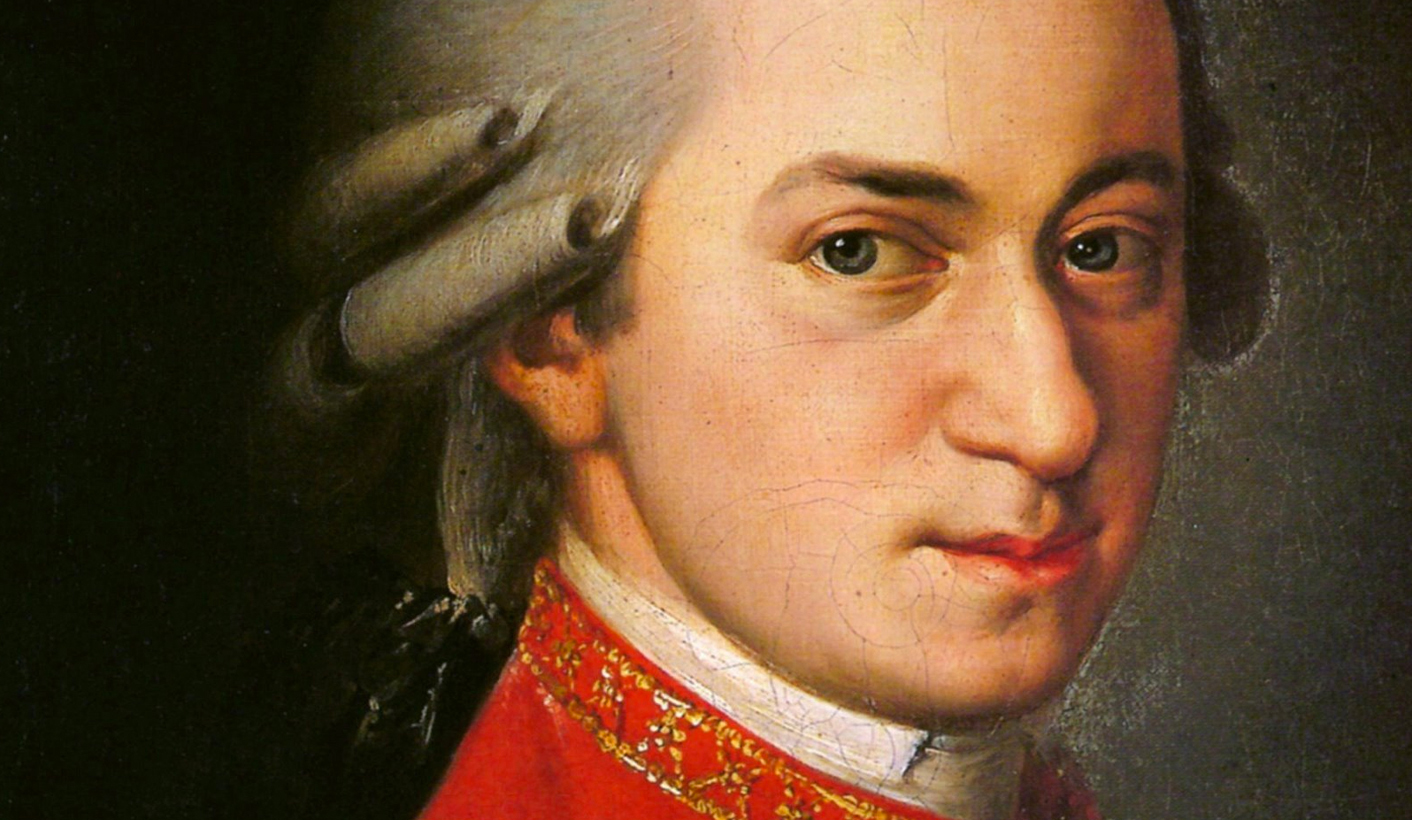 The Johannesburg International Mozart Festival wrapped up with a clutch of new compositions and old favourites in performance, and even included a dance work that was choreographed to no audible music at all. J. BROOKS SPECTOR was there for much of it, and he loved every minute.

In its second and final week, the Johannesburg International Mozart Festival continued with its first-class, thoughtful programming and performances. Some evenings featured old “war horse” favourites, as well as less familiar works. Others introduced major new contemporary compositions. And the whole festival ended with a concert that brought together two major compositions by festival composer-in-residence Peter Klatzow (including one specially commissioned for this festival), added a rollicking dance work, and then ended with a rousing performance of Beethoven’s Choral Fantasy for Piano, Chorus and Orchestra.

In the end, there were simply too many events in the festival to attend and be able to do any other work, so hard choices were necessary. As a result, we attended art song recitals, vocal master classes and several symphony concerts. Even without attending all of the events, one could be delighted by the variety and first class professionalism on the part of the many different musicians, as well as the striking thoughtfulness of the content of the programs they performed.

For example, soprano Marie Vassiliou, splendidly accompanied by Nico de Villiers on piano, had prepared an unusual recital of art songs in which many were tied together by their settings of words from to Shakespeare’s plays. This recital included compositions by Amy Beach (1867-1964), Camille Saint-Saens (1835-1924), Cecilia McDowall (born 1951), Roger Quilter (1877-1953), Dominick Argento (born 1927), Michael Tippett (1905-1996), Arthur Honegger (1892-1955), Peter Klatzow (born 1945) and Erich Korngold (1897-1957). Few of these composers are musical household names the way, say, a Mozart, a Beethoven or a Schubert might be, but all of these varied composers’ art songs were beautifully performed with great care and were thoroughly fascinating to hear as an evening’s listening. Beach, an American composer, for example, had elements of the Victorian parlour song in her works. But, listening carefully, one could just possibly discern the faint sounds of Charles Ives’ musical rebellion yet to come.

Saint-Saens, of course, is well known for his sweeping grand operas like Samson and Delilah. In this recital, his bittersweet song, La Mort d’Ophelie, drawn from Hamlet, sounded like it might easily have been slipped into that opera in a more intimate moment.

By contrast, many of Korngold’s biggest, best-known works are the soundtracks of classic flicks like Captain Blood. By contrast, in this recital, his four songs linked him to Shakespeare and the romantic art song tradition, as well as to the more contemporary musical experimentation that he studied in Germany between the wars.

And Peter Klatzow’s three songs, set to sonnet texts, demonstrated his great compositional versatility, such as his willingness to embrace both classical ideas as well as more modern approaches. The gentle humour in his final song, To Sleep, for example, might even prove a measure of musical comfort to those who find sleep elusive well on into the early hours of the morning.

If Vassiliou and Nico de Villiers’ recital demonstrated the power of an intimate recital to delight and to educate, a full symphonic concert by the Zurich Chamber Orchestra, augmented by members of the South African Youth Orchestra, together with internationally renowned flautist Sir James Galway and his flautist wife, Lady Jeanne Galway, offered an entirely different version of musical excellence. The Zurich Chamber Orchestra performs without a conductor, and its lead cellist and violinist provide whatever guidance might be needed for a tightly functioning group of superb ensemble players.

They led off with a lovingly performed Franz Joseph Haydn symphony, #59, and then moved on to Wolfgang Amadeus Mozart’s flute concerto, with James Galway as soloist. What, really, is there to say about his artistry other than that Galway’s pure tone, breath control and sheer musicality remain just as they have been for decades? After intermission, the orchestra performed Tchaikovsky’s Serenade for Strings that was, in the words of the writer’s musician wife, “recording perfect”. The concert ended Domenico Cimarosa’s double flute concerto (a kind of bouncy, cheerful Muzak-of-the-18th-century composition), this time featuring both Galways on flute. There were the usual encores of Irish songs from Galway as well as the Rondo alla Turco from Mozart’s piano sonata #11, arranged for flute and orchestra. (On a personal note, when James Galway previously appeared in Johannesburg, it was forty years ago – and it had actually been the writer and his wife’s first date. Galway’s hair is whiter, his girth is a bit more, but that man can still play his gold flute to total perfection.)

The final performance of the festival was yet another concert, this time showcasing the marimba virtuosity of Magda de Vries, the Chanticleer Singers, and the Johannesburg Festival Orchestra, along with festival artistic director Florian Uhlig on piano. The first piece was a South African premiere of Peter Klatzow’s Lightscapes for Marimba and Five Instruments. De Vries coaxes and obtains an extraordinary range of tone and sound from her marimba in meeting the demands of the score. This time around, the performance was accompanied by a series of computer graphic projections that sometimes alluded to Egypt (at the request of the composer) but that also seemed to be born, equally, of Mandelbrot fractals and Fritz Lang’s early film, Metropolis. The sounds in Klatzow’s music were by turns ethereal or rooted in the composer’s appreciation for Stravinsky’s music and the work was received with great applause from the capacity hall.

Just before the intermission, Anthea Moys – a recent Standard Bank Young Artist Award winner – put together a wonderful experimental piece for the Moving Into Dance Mophatong company, the Johannesburg Festival Orchestra and conductor Matheu Kieswetter. Using only the conductor’s visual repertoire, the dancers first responded to his conductorial cues to a piece of music known only to him – but that they could not yet hear. Then, the second time around, the same dancers were now paired with the orchestra for that same music, allowing the dancers to reprise their amazing responses to the conductor they had done without reference to the actual music. They, and the audience, were left to discover if their movements worked appropriately and effectively to Mozart’s Overture to the Marriage of Figaro. The resulting work clearly delighted both dancers and audience alike.

Thereafter, the full ensemble performed the world premiere of Klatzow’s All People Become Spirit People When They Die. As with a number of his other works, Klatzow again drew his text from the late poet, Stephen Watson’s retelling of the Bleek/Lloyd archive of /Xam poetry that they had recorded in Cape Town in the late 19th century. In Klatzow’s composition, the Watson retelling of the /Xam poetry soars and whispers throughout a work that is a moving tribute to the almost entirely lost world of the /Xam, their poetry, their spirit tales and their songs.

The entire festival then drew to a close with the all-too-infrequently heard Beethoven Choral Fantasy, with Florian Uhlig as piano soloist. First performed in 1808, this work has a melodic, tonal and textual quality that eerily presages the composer’s later Ninth Symphony, the one with the great choral ending. (In fact, in some critics’ views, the earlier work actually rivals its later sibling in beauty and sheer musicality). Under the baton of Richard Cock, the work came across as both beautifully shaped and joyous in its performance, but just perhaps a touch too restrained, almost Mozart-like, rather than the rambunctious gallop to its conclusion, the way most people tend to want to hear their Beethoven nowadays. No matter, this work was a perfect way to end a festival like this one.

With its seventh edition, the Johannesburg International Mozart Festival has taken firm hold of its place at the beginning of the year, starting on Mozart’s birthday of 27 January. This year, for sure, it demonstrated that new music, unusual music, as well as interesting combinations of instruments and other performers could all find a place in a festival that is a salute to the creative genius of Mozart. Even beyond the boy prodigy, a sprawling event like this one has been is also one heckuva excuse to have a really energetic, interesting music festival to kick off the beginning of the year.

Either way, it offered an abundance of world-class music and this festival deserves as much support as the city and its audiences can give it. There was actually too much to see and hear, and the writer never got to see puppeteers, jazz pianist Paul Hanmer, classical pianist Melvyn Tan, and a whole gaggle of others who were on stage over this two-week period – in different locations throughout the city. Our mistake! Should have scheduled our life better.

Next year’s festival theme will be “Alla Turco”, in honour of the extraordinary impact that exuberant Ottoman Turkish military band music had on the classical composers of Mozart’s day. It should be quite a show, next year, in 2016. DM