Chronicles of Chic: SONA2015 – in the mood for anarchy 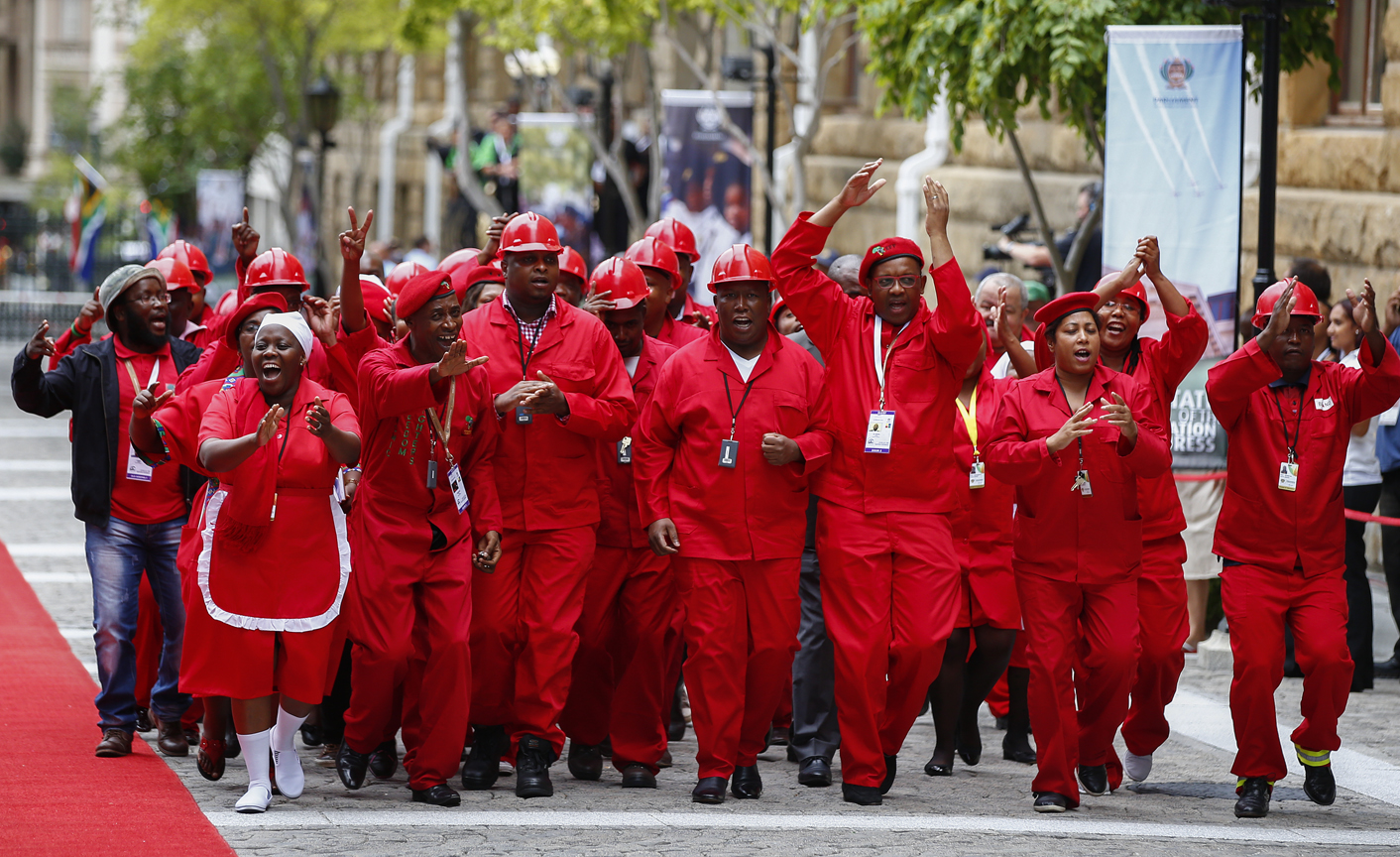 Years pass by and fashion at the State of the Nation Address usually persists with excessive frills, ruffles and other redundant decorations. Here and there, a burst of brilliance and novelty, but for most, Sona’s attires remain reasonably the same, shades of conventional and conservative ensembles topped by some daring, bold, albeit not always pretty, frocks. By EMILIE GAMBADE.

In the years past, Lindiwe Mazibuko was often complimented for wearing local designers’ outfits, down to her clutch bag and accessories. Helen Zille, Lindiwe Sisulu or Precious Moloi-Motsepe have walked the Sona red carpet wearing gowns made by local designers and Bridget Radebe will be remembered for her red and turquoise dress by Marianne Fassler, worn at last year’s Sona (take one); but for the rest, outfits are mainly made by local seamstresses and bespoke tailors or bought in malls and boutiques around the country.

Because of the importance of the event, outfits worn on the red carpet to Parliament are commented, dissected, approved or criticised; yet, Sona’s fashion is not a fashion show and certainly not a representation of our local fashion industry. Politicians (and guests) never really wear outfits straight from the catwalk, although this could be a rather progressive and positively surprising stand, less for the hype and puff than to show some serious support for an industry in dire need of governmental recognition.

Sona’s fashion is a parade of garments and elaborate outfits, that has, every year, commentators lined up, trying to get a picture of our politicians’ and their guests’ outfits, grasping on the fly the name of the designer behind the piece of clothing, pretty much à la Fashion Police.

Interestingly, it is also a representation of our political culture, and if there ever were a time where the fashion of politics was more evident, where one’s outfit seemed fundamentally interconnected with one’s political stance, it would have to be at Sona 2015.

Between the unbounded exuberance of ANC parliamentarians, perfectly represented by the Speaker of the House, Baleka Mbete, and her elaborate black and yellow hat, and matching dress; the strict and restrained all-black elegance of DA members, with Zille in a discreet floor-length lace dress; Mmusi Maimane in a two-piece black suit with black tie; and the unmissable EFF red overalls and gumboots, this year again, fashion was all about differences, swings and punches.

Although it was slightly more subdued, it hesitated between traditionalism and modernism, minimalism and exuberance and ended up into some kind of sartorial anarchy where exaggerated hats, tiny fascinators and fish tail dresses rub their frills and feathers with tailored suits, little black dresses, beaded and sequined garments and traditional outfits.

The apotheosis of the night’s fashion of politics was Julius Malema posing for posterity with fans outside of Parliament, the white T-shirt under his red jumpsuit ripped off, naked skin exposed, a consequence of his altercation with what appeared to be at the very least, SAPS-trained security.

Watching President Jacob Zuma in his blue suit, crisp white shirt, burgundy tie, his rectangular spectacles firmly set on his nose, delivering a speech that echoed and bounced back on the walls of the large and half empty house of Parliament, one couldn’t help but notice that Thursday night, more than ever, the power of dressing up hadn’t been enough.

What was once a rainbow parade of unique and different outfits seemed suddenly the conflicted representation of a torn nation, where prints seemed to clash and fabrics itch. DM

All photos by GREG NICOLSON except the main photo by EPA.