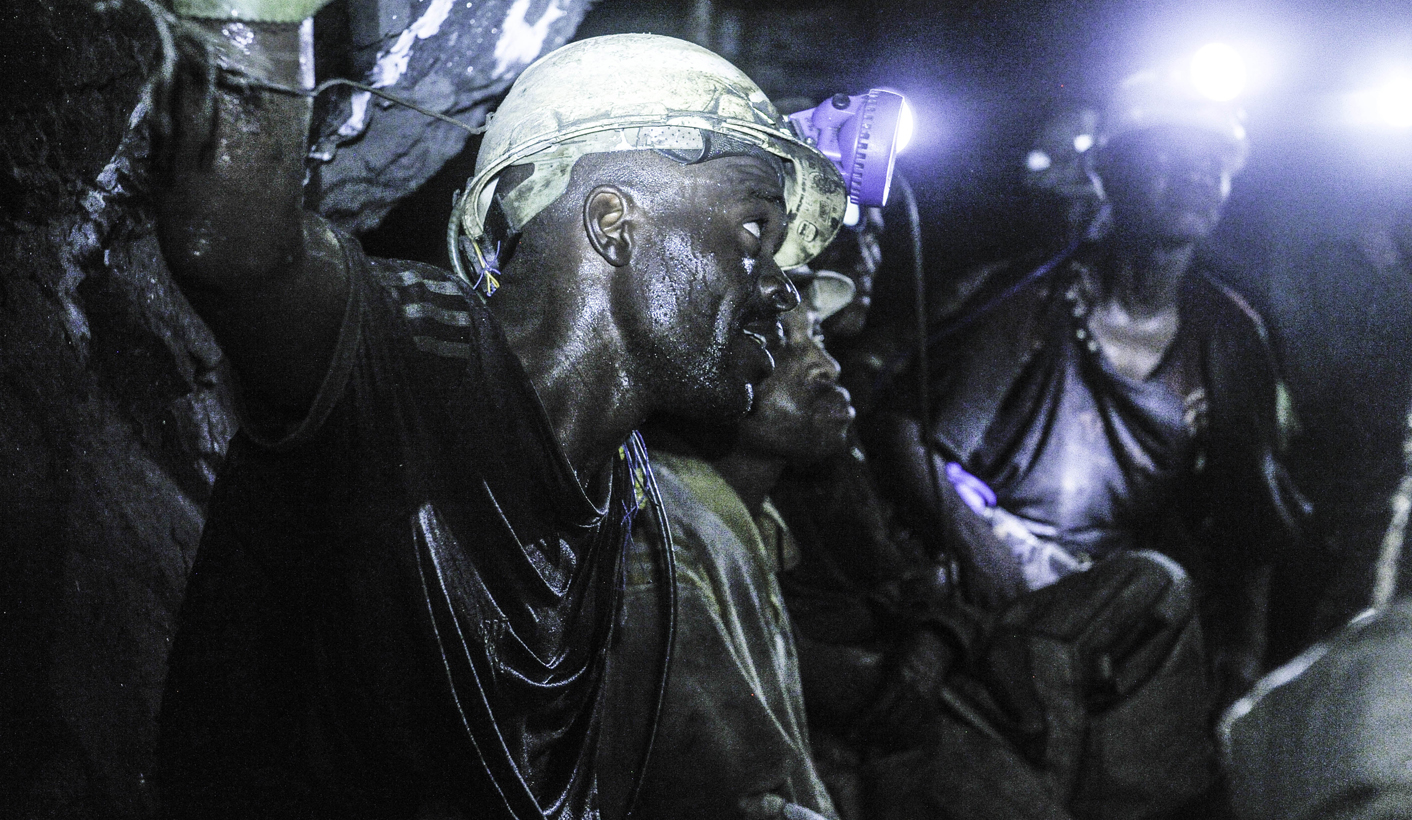 In 2002, a young man called Fortunate Siziba was walking home in Mapanzure, Zimbabwe, at night when he fell into an open, unsecured, un-lit pit previously used for chrome mining. The pit was 17 metres deep. Siziba was left partially blind.

In 2012, nine-year-old Asa Mpofu fell into an open, unsecured, un-lit chrome mining pit in the same area. She drowned.

In neither case was any compensation paid by the chrome mine operators, or even an apology given. The most assistance that Siziba received from the mine operator was to be transported “in the bucket of a front-loader” to a nearby clinic.

Over the course of a few days at the Alternative Mining Indaba, you hear so many of these kinds of stories that it becomes hard to keep track of each individual case. The atmosphere here is a world apart from that in the glitzy exhibition halls of the Cape Town International Convention Centre, just a few kilometres down the road, where the Mining Indaba is taking place. There, well-heeled movers and shakers in the mining industry make deals, talk investment, and compare annual returns.

Here at the Alternative Mining Indaba, people are angry. They are so angry, in fact, that the very first address of the first day cannot be completed without activists demanding the microphone, determined to have their say.

At a march to the Mining Indaba on the summit’s first day, placards summed up the range of issues at stake: “Please leave my land, I am using it for agriculture (I am a widow)”. “Stop polluting our water.” “Africa is not for sale!” “Our mineral resources, our future!” “It’s not development when the environment is being destroyed.” “No to tax dodging!”

This year saw the biggest Alternative Mining Indaba yet, at around 300 delegates. It’s growing every year, and every year those attending seem more passionate, more vocal and angrier.

“These companies are in Cape Town [at the Mining Indaba] to discuss how to exploit the natural resources in Africa and all over the world to benefit a few,” the Economic Justice Network’s Malcolm Damon told the audience on the first day. “They may be 7,000 [delegates]. But we represent the concerns of millions of people whose lives are affected by the extractives industry.”

At points the discourse of the Alternative Mining Indaba appears straightforwardly anti-mining. At one stage, mining is compared to rape: violent, penetrative and non-consensual. But that’s not the message at the core of the summit.

“Development” at all is something of a contested term in these circles – promised by mining companies, yet often failing to materialise in the way governments or communities hope.

Southern African Resource Watch’s Georges Bokundu summed it up most flatly in a presentation on the second day, with regards to the situation in his home country: “Mining copper, gold [and so on] has brought no development to DRC. Only more conflict.”

Part of the problem is how little say communities are generally granted into what mining companies do around them. Mining legislation in South Africa and other countries demands that mining companies produce Social and Labour Plans – SLPs – which should lay out their plans for how they will contribute to socio-economic development around the mine. As the Legal Resources Centre’s Wilmien Wicomb pointed out, however, these are generally kept secret from the communities – who then have no way of knowing whether mining companies are sticking to whatever they promised in order to win their cherished mining rights.

This lack of information also affects community-members concerned about the environmental impact of mines.

Lawyer Gilbert Makore, of the Zimbabwean Environmental Law Association, said that “most communities have never seen an environmental impact assessment report”. Even if they are granted access to such a report, the language is often highly technical, and often in English only. Corruption occurs between some environmental consultants, too, who produce copy-paste reports for different mines. Even when such consultants are not corrupt, Makore said, they can “go in, hold one meeting with a local leader, and then pass that off as community consultation”.

What emerges from the Alternative Mining Indaba is not solely a simplistic picture of mining companies being bad and local communities being good. The failure of African governments to protect the interests of their people is also cast into stark relief.

A man from Kankoyo, in Zambia, requested the microphone on the summit’s second day to give his account of the effects of copper mining on his community. They are neighbours to a major copper mine, and the resulting mining activities have had a “devastating impact” on their environment, he said, claiming that the soil can now only support the growth of mango trees and small plants. Residents complain of respiratory problems.

Houses have developed cracks in the walls ranging in size from relatively small to big enough to allow two people to shake hands. The soil erosion which results from mining leaves the house foundations unsupported, he explained.

In 2012 the community presented their problems to the mining company. “But we were surprised,” he said. They discovered that in terms of the agreement signed with the Zambian government, the mine was exempted from environmental liability.

This is an extreme tale, but there is little doubt that governments do not do enough to ensure that environmental or social contracts are stringently adhered to by mining companies.

The LRC’s Wicomb pointed out that erstwhile South African mining minister Susan Shabangu was receiving annual reports from Lonmin, was aware that the mine was failing to live up to its socio-economic obligations in the Marikana area, and took no action for a long time.

Unsurprisingly, the shadow of the Marikana Massacre continues to hang over the Alternative Mining Indaba.

The Bench Marks Foundation’s Hassen Lorgat said that there was a tendency among certain conservative media pundits, government and corporations to see what happened at Marikana as an “aberration” – an unpredictable event spawned by union conflict – to avoid discussing ”corporate neglect of workers, abuse of power and privilege of exploiting our mineral resources”.

In Lonmin’s own 2011 Annual Report, Lorgat pointed out, they had already identified risks including “poor community relations due to internal and external factors that could result in civil unrest”.

What you hear at the Alternative Mining Indaba disrupts a great many seemingly black-and-white media narratives. One is about the zama-zama, or illegal miners, who are continuously vilified and criminalized. Mention of the zama-zama has recurred throughout the summit in tones of outrage or concern about their criminalisation – as if “legitimate” mining activity can only be undertaken by European and North American mining corporations. One delegate summed up what seemed to be a widespread sentiment: It’s like when Europeans kill endangered animals and they call it hunting, but when Africans do it they call it poaching.

The “n” word – “nationalisation” – is one that has cropped up relatively infrequently in discussions, superseded by basic concerns for the environment and human rights, advice on how to litigate against mining houses, and so on. But Action Aid’s Brian Kagoro sounded a note of caution at the summit’s opening.

“We risk here, as the elite of civil society – civilocracy – becoming irrelevant,” Kagoro said, in the face of an “emerging radical critique” – exemplified by political movements like the Economic Freedom Fighters.

“If you want mining to carry on, in just a bit more humane way [than previously], there will be another Alternative Mining Indaba happening in the streets.” DM