GroundUp Op-Ed: Why mining industry leaders should drive to Woodstock this week 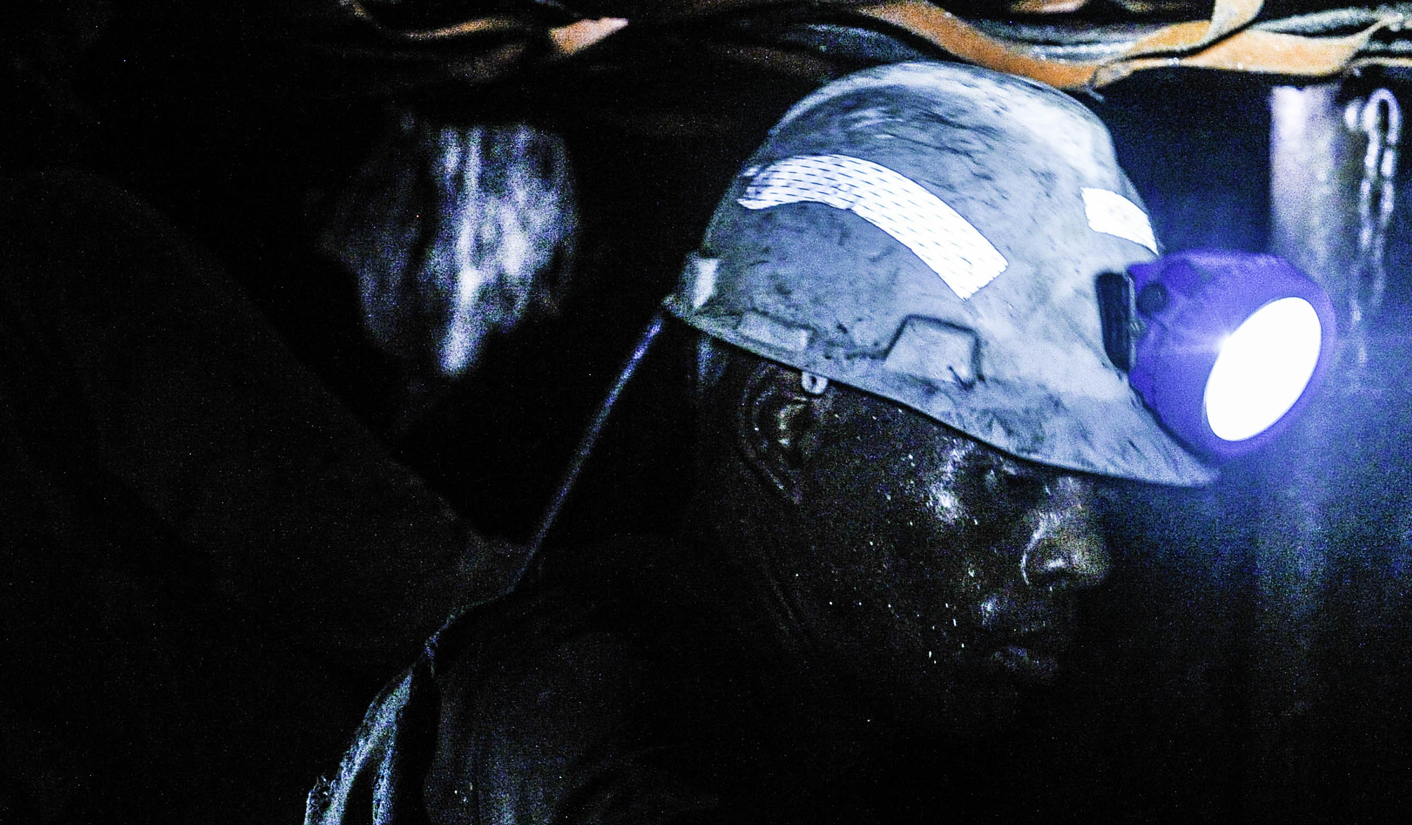 The annual Investing in African Mining Indaba is once again under way at the Cape Town International Convention Centre. It is a rather depressed affair this year, with an unresolved regulatory regime, looming labour disputes and an energy crisis that makes investing in South Africa look a lot less interesting than in other countries in Africa. By Melissa Fourie for GROUNDUP.

The conversations at this year’s Indaba, between mining executives, service providers and government officials, will no doubt be dominated by talk of regulatory uncertainty, strategic minerals, and plummeting commodity prices.

In Woodstock, only a few kilometres away but separated by a world of anger about pollution, poverty and loss of livelihoods, the annual Alternative Mining Indaba (AMI) started with a protest march to the Convention Centre on Monday. At the AMI, community organisations, civil society organisations and activists call for economic, social and environmental justice, fairness, transparency and accountability.

The two Indabas speak such different languages that a common understanding seems impossible. On the other hand, more confrontation, at least some of which will be violent, seems likely and imminent.

The long-awaited report of the Farlam Commission into the Marikana massacre hangs over both events like a dark cloud. Business worries about the prospects of increased corporate liability and risk, and renewed labour unrest; activists worry that the report will not provide justice for the dead of Marikana and their bereaved families, and for all communities across South Africa burdened by the structural inequalities that caused the tragic events of August 2012.

At an Indaba side event on Monday, organised by the South African Institute of International Affairs (SAIIA), a meeting of representatives from industry, academia, NGOs and government gathered to discuss “environmental governance of South Africa’s extractive industries”. Environmental governance is a major concern of activists at the AMI; not so much at the main Indaba, where “sustainable development” is traditionally side-lined at separate, poorly attended sessions towards the end of the event.

At the SAIIA meeting, no-one in the room bothered to dispute that capacity for environmental governance of mining was utterly inadequate. Discussions quickly moved on to how to get the mining industry to “do the right thing” in such a low-capacity environment, rather than to continue, as it has done for the past 20 years, to take advantage of the weak regulatory regime. Predictably but nevertheless stunningly absent from this event, was any representative from the authority actually responsible for that environmental governance of mining: the Department of Mineral Resources (DMR).

Fear, it turns out, is the motivation for many actions in the mining industry. After the SAIIA session, a senior executive from a large mining company admitted in conversation that mining companies resist releasing key documents governing their operations, like environmental management programmes and social and labour plans because they fear the consequences of transparency. What, indeed, would happen if everyone could see how non-compliant the mining industry really is with environmental and social obligations?

While the DMR has successfully held onto the function of oversight of environmental regulation of mining, it has a negligible track record of compliance monitoring and enforcement. In the last few months, the DMR has finally managed to provide three weeks of compliance and enforcement training to about 30 of its middle managers. This is a start, but a paltry one given the task at hand. The DMR’s history of negligible environmental compliance monitoring and enforcement under the Mineral and Petroleum Resources Development Amendment Act (MPRDA) is unlikely to get significantly better under NEMA, a framework of which the DMR has no experience, within the foreseeable future. And if there was a conflicted mandate within its own legislation, this conflict will surely only be more pronounced under environmental legislation.

And then there is still the issue of DMR’s lack of capacity for or interest in enforcing compliance with social and labour plans (SLPs) – generally ill-conceived, poorly consulted cut-and-paste documents with either impossible or impossibly pathetic promises of jobs and community upliftment. And while some activists have long abandoned SLPs as tools for change, these remain legally enforceable instruments, and non-compliance can, in theory, lead to prosecution and suspension of licences.

Back at the Alternative Mining Indaba, activists are emboldened by recent success stories of communities exercising their rights in court: a mining company director given a prison sentence for environmental violations, and the Supreme Court of Appeal’s decision compelling ArcelorMittal South Africa to hand over long-hidden environmental records. One of the ways communities can exercise their environmental rights is to lay criminal charges against companies and company directors who violate the law – a simple exercise of taking an affidavit with prima facie allegations of criminal offences to their local police station. Environmental legislation is packed with criminal offences, and the National Prosecuting Authority has repeatedly demonstrated its commitment to support communities in holding mining companies and directors to account (even where the DMR has resisted such action).

At the SAIIA event, WWF South Africa’s Saliem Fakir set the bar much higher, and argued that legal compliance cannot be enough: we need a far more holistic approach to the role of extractives in our country if there is any chance of mining bringing real prosperity for more than an elite few.

One step in the direction of a more holistic and inclusive approach would be to have an honest conversation about community involvement in mining in the reconsideration of the MPRDA Amendment Act – a conversation heard by ears not closed by political agenda. Even mining law guru Peter Leon has indicated that the requirement of free prior informed consent was preferable to the box-ticking consultation approach we have followed in South Africa until now. Free prior informed consent by affected communities has to be the start of mineral extraction that truly considers its impact on the landscape and people’s lives, and aims to achieve prosperity that goes beyond the pockets of shareholders.

Another step towards greater public support for mining would be far greater transparency, particularly free and easy access to the legal conditions of operations at every mine as contained in environmental management programmes and social and labour plans. Not only will disclosure of these documents inherently promote greater compliance, but without such disclosure – and evidence of compliance with the rules – there cannot really be any conversation about trust between mines and the communities on whom they impose.

Government and industry are short-sighted and foolish if –even in 2015, even after Marikana– they think that our country’s mining industry can prosper without investment in our natural and social capital. The suited mining executives and government representatives at the CTICC should consider talking the short drive down to Woodstock and starting a real conversation with communities and activists about the role of the mining industry in preserving and developing South Africa’s long-term assets. DM

Melissa Fourie is the Executive Director of the Centre for Environmental Rights.

This feature was first published at www.groundup.org. The opinions expressed in this article are solely those of the author. No inference should be made on whether these reflect the editorial position of GroundUp.