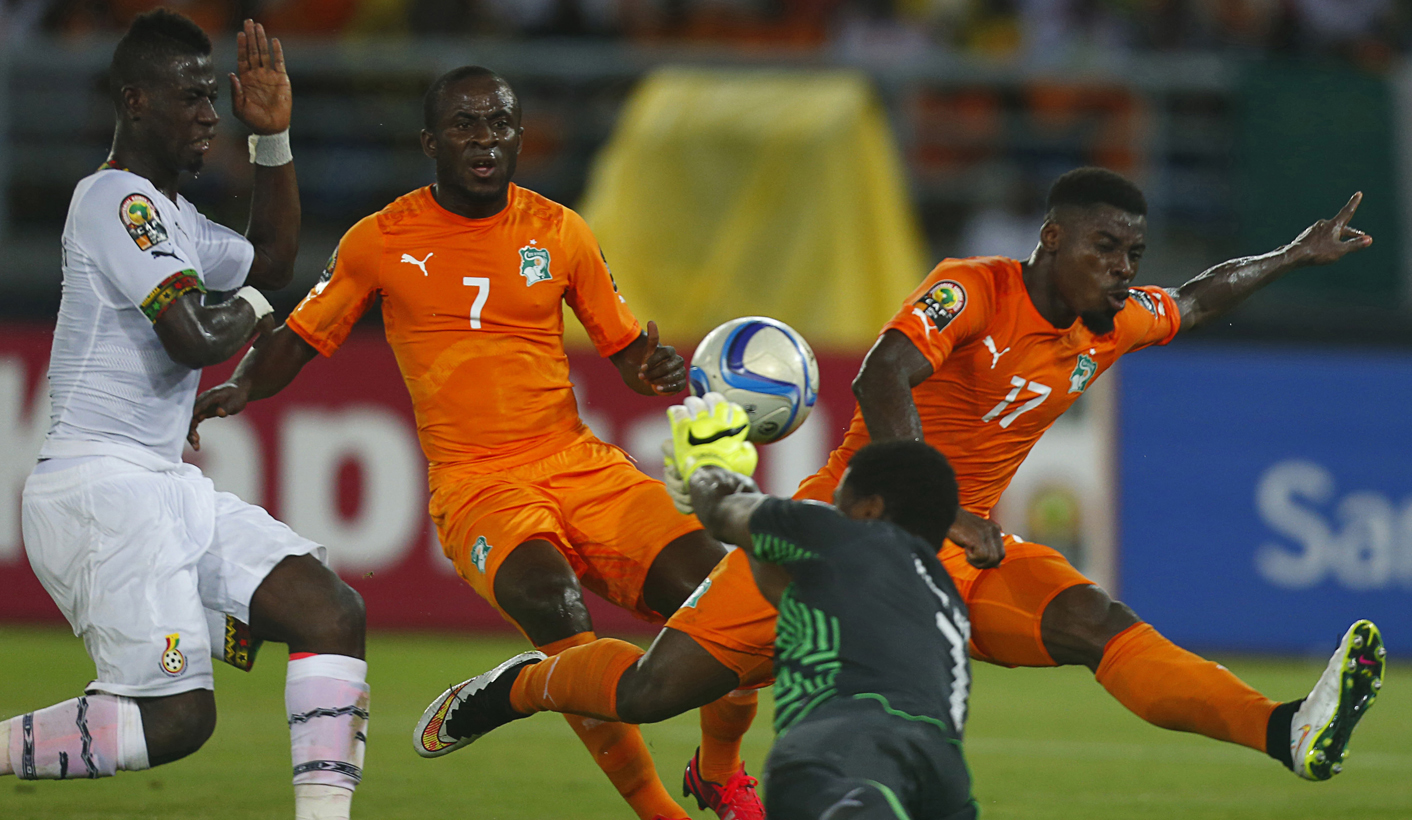 After years as the bridesmaids, Ivory Coast have finally become the bride. After years and years after always coming close to winning the Africa Cup of Nations, they clinched the honours in a thrilling penalty shootout against Ghana on Sunday night. It was a deserved win for a team which had steadily improved as the tournament progressed. By ANTOINETTE MULLER.

Ivory Coast were crowned African champions on Sunday night after beating Ghana 9-8 on penalties in the Africa Cup of Nations final. Just when you thought the golden generation had had it and Ivory Coast’s time would never come, they were taken to glory by the same man who led Zambia to the unlikeliest of wins three years ago. Three years ago, Hervé Renard was in charge of Zambia and took them to wins on penalties against Ivory Coast. The parallels aren’t lost on anyone. But as exciting as the latter part of the match was, it took 120 minutes for it to reach such heights of enjoyable agony.

If Sunday night’s Africa Cup of Nations reinforced anything, it’s that you should never get your hopes up for tournament finals. They are ugly affairs. Tactically intriguing, but hideous things to watch. This one was no different. It had everything you expect from a final: few goals, more fouls than shots on goals, negative play, and more drama from the players than what you see on the set of Generations. If this match was being played in your backyard, you’d probably have drawn the curtains. Unless you were from Gambia, of course. If you were, then you’d be watching because the national FA postponed all league games for the day so that fans could watch Gambian Bakary Gassama referee the final.

There was very little to get excited about in terms of the football on the pitch. It was as if Africa’s best players collectively lost their ability to play anything that even vaguely resembled the high level of football they all play week in, week out. Just when you thought a player had broken through, the offside flag would go up or the ball would be aimlessly hoofed goal-ward, but nowhere near the space between the posts. Every time there was a counter, fatigue would overcome and possession would be lost. Flow was non-existent, receivers at the end of passes were phantoms and players’ faith in their ability to direct the ball into the back of the net from the goal line seemed to reach levels of delusion usually reserved for those who have consumed large doses of Psilocybin. Deep into extra time, it had become clear that the plan from both sides was to park the bus and resign themselves to the agony of penalties.

For Ivory Coast, the agony would have been far deeper entrenched than for the Black Stars. It was the fourth time The Elephants had played in an AFCON final and the fourth time it had ended 0-0. To remedy some of this, Coach Hervé Renard subbed Gervinho, who spectacularly missed a penalty in 2012. His opposite number, Avram Grant, did the same with Asamoah Gyan, who is also famous for a penalty miss.

Whatever the match lacked in regulation time, it made up for in penalties. Ivory Coast missed their first two penalties and looked destined for yet another choke, but the drama would not stop there. Not long after, Ghana would miss two penalties too and it would take the goalkeepers to settle things. Even that particular avenue would not be without its curve balls. Barry Copa had been on the floor in agony earlier on, either through cramp or an twisted ankle, and by the time his turn to take a penalty came around – after having just saved his opposite number’s – he was on the floor in pain once again. Gervinho had lost his patience and stopped watching. The agony of watching every single kick, some buried with the power of Yaya Toure, others nudged in delicately, became somewhat enjoyable as the kicks started to go around. By the time Barry had peeled himself off the turf and found the back of the net, that agony had erupted into ecstasy for Ivory Coast. They had finally lifted their curse and had done so without their statesman Didier Drogba. For Ghana, the agony had become debilitating tears, with Andrew Ayew needing consolation from Renard to deal with the loss. Ayew was still in tears by the time the runners up’s medals were being handed out and this time, his coach had to push him towards the queue. After the horror of regulation time, high emotions were being let loose. Despite the lottery in which it was decided, it was a deserved win for the Elephants. They had been the most improved team as the tournament progressed, and their young players had stood up and made their mark.

But the actual football played on Sunday night is just one part of the equation. There is another part of this tournament that cannot be ignored. However well the country has done to pull it off as last-minute hosts, you cannot ignore the political undertones that come alongside. As Sepp Blatter and Teodoro Obiang Nguema strolled around together before kick-off (presumably sharing notes) many would have been wishing for a sinkhole. As Africa’s longest-serving dictator, Obiang has done everything he can to distract his countrymen from the disparity between rich and poor, and a regime that oppresses the very people it is meant to serve.

Yes, football is a lovely distraction, and people who suffer so much deserve distractions. But one has to ask why the desperation for distraction ran so deep that tickets were often given away outside the stadium to make sure that it was full and looked good on TV. One cannot deny that the (mostly) successful hosting of the Africa Cup of Nations will only serve Obiang’s stranglehold. Some say politics and sport should not mix; sadly, in all walks of life, they remain an unavoidable and volatile cocktail. The fans will leave, the players will move on, and football’s administrative dictators will go on to their next publicity event. But the harsh reality of real life will remain for most of Equatorial Guinea, and that’s the saddest part of all. DM