Op-Ed: The silencing of the African Union Commission of Inquiry on South Sudan 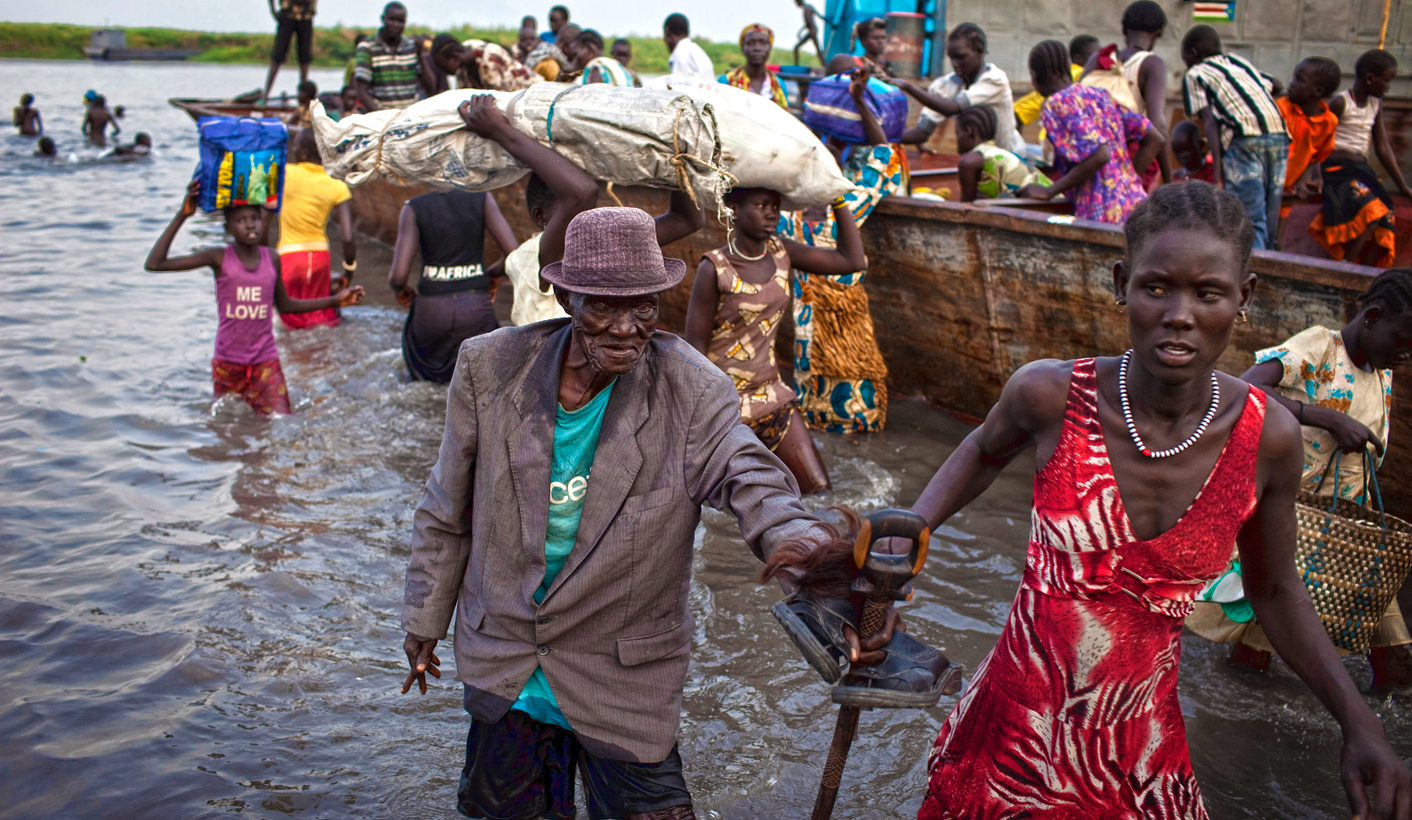 South Sudan’s conflict is now more than a year old. The last year has witnessed a string of agreements to cease hostilities, all of which were violated days or hours after signing. Twenty percent of the population has been displaced, an untold number of people have been killed and relationships among communities are at an all-time low. The warring parties continue to pursue military victory at all costs and civilians are bearing the brunt of the conflict. It is time to begin exploring in earnest opportunities for United Nations-backed investigations and accountability mechanisms. By DAVID K. DENG.

On the evening of 29 January, African heads of state gathered in Addis Ababa for a meeting of the African Union Peace and Security Council (AUPSC). Among the items on the agenda was a presentation by the chairperson of the African Union Commission of Inquiry on South Sudan (AUCISS), former Nigerian president, Olusegun Obasanjo. More than a year after the African Union (AU) announced its investigation into violations of international human rights and humanitarian law in South Sudan, the AUCISS was set to formally present its final report to the AUPSC.

Instead of Obasanjo, however, the Ethiopian Prime Minister, Hailemariam Desalegn, who doubles as the chairperson of the Intergovernmental Authority on Development (IGAD), walked to the podium and raised a motion to defer consideration and publication of the AUCISS report until peace is achieved, saying that it would jeopardise the ongoing IGAD-led peace process. President Jacob Zuma of South Africa seconded the motion, followed by President Yoweri Museveni of Uganda. With that, the matter was closed and a public release of the AUCISS report was put off indefinitely.

The AUPSC’s decision not to publish the AUCISS report casts doubt on the prospects for justice and accountability in South Sudan. It also raises questions as to whether the AU and IGAD are genuinely committed to ending the impunity that they themselves acknowledge to be a driver of violence in the country.

The AUCISS was formed in December 2013 with a mandate to “investigate the human rights violations and other abuses committed during the armed conflict in South Sudan and make recommendations on the best ways and means to ensure accountability, reconciliation and healing among all South Sudanese communities.” Over the course of six months, from March to September 2014, the AUCISS interviewed hundreds of South Sudanese across the country and in the diaspora. Rumour has it that the report provides a detailed account of war crimes and crimes against humanity perpetrated by all sides in the South Sudanese conflict. It is even said to include a list of people responsible for atrocities, including senior figures from both sides.

After waiting more than a year for the AUCISS to issue its report, many South Sudanese were understandably anxious for the findings and recommendations to be made public. Prior to the AUPSC meeting, a group of 21 South Sudanese civil society organisations filed a petition with the body urging it to publish the AUCISS report without delay. As the petition noted, people gave evidence to the AUCISS at great personal risk, and those who provided information did so with the understanding that the AUCISS would publish its findings and recommendations. The civil society organisations also argued that by publicly identifying the individuals responsible for atrocities, the AUCISS report could help to deter further acts of violence against civilians.

The decision from the AUPSC appears to be based on a belief that withholding the AUCISS report is necessary to keep potential spoilers engaged in the peace process. This argument is unconvincing on several grounds. The reason the warring parties are at the negotiating table in the first place is because neither has been able to secure a military victory. The publication of a report by an AU-backed investigative committee will not alter that calculation. In fact, withholding the AUCISS report may actually serve to embolden perpetrators of mass human rights violations, who already feel as though they are untouchable and can act with impunity.

The failure to release the AUCISS report also goes against principles that have been agreed upon over the course of the IGAD peace talks. Both IGAD and the warring parties have emphasised repeatedly that people responsible for atrocities will not be permitted to serve in the transitional government. During a recent intra-SPLM dialogue in Arusha, for example, the warring parties agreed that, “Any individual SPLM member convicted by a competent court or tribunal of crimes against humanity, war crimes, crimes against peace or gross human rights violations and abuses …shall not be eligible to hold public office in the Party and the Government.” Similar language was included in a 25 August protocol signed by the heads of state of IGAD countries. To say in one breath that people responsible for atrocities will not be allowed to serve in government and in the next that people suspected of having committed atrocities cannot be named for fear of undermining the peace process demonstrates a troubling lack of consistency on IGAD’s part.

Perhaps the most important contribution that the AUCISS report could make to peace efforts is in the design of transitional justice and national reconciliation mechanisms and processes. At the intra-SPLM dialogue in Arusha, the SPLM committed itself to “the establishment of a comprehensive system of transitional justice (the core elements of which are truth and reconciliation, criminal prosecution, reparations and institutional reforms), to look into the issues of atrocities, human rights violations and abuses in the country.” The IGAD mediation has also been discussing issues of transitional justice, reconciliation and healing for many months. As the product of extended consultations with hundreds of South Sudanese, the AUCISS’s recommendations could play a key role in determining how to move forward on these issues. The decision not to publish the report effectively negates any contribution it could make to the transitional justice agenda.

South Sudan’s conflict is now more than a year old. The last year has witnessed a string of agreements to cease hostilities, all of which were violated days or hours after signing. Twenty percent of the population has been displaced, an untold number of people have been killed and relationships among communities are at an all-time low. The warring parties continue to pursue military victory at all costs and civilians are bearing the brunt of the conflict. To the extent that it may sometimes be necessary to delay justice in the interest of first consolidating peace, the IGAD-led peace process is not demonstrating enough progress to make that sacrifice.

The international community, hoping that the AUCISS would fulfil its task of promoting accountability, reconciliation and healing in South Sudan, has deferred to the AU and IGAD for long enough. With this decision from the AUPSC, it is time to begin exploring in earnest opportunities for United Nations-backed investigations and accountability mechanisms. The AU and IGAD can and should play a role in promoting justice and accountability in South Sudan, but if they are not able to act in a transparent and credible manner, they should not occupy that space to the exclusion of all others. In this case, the African solutions that we so long for will require the concerted efforts of a broader range of actors. DM