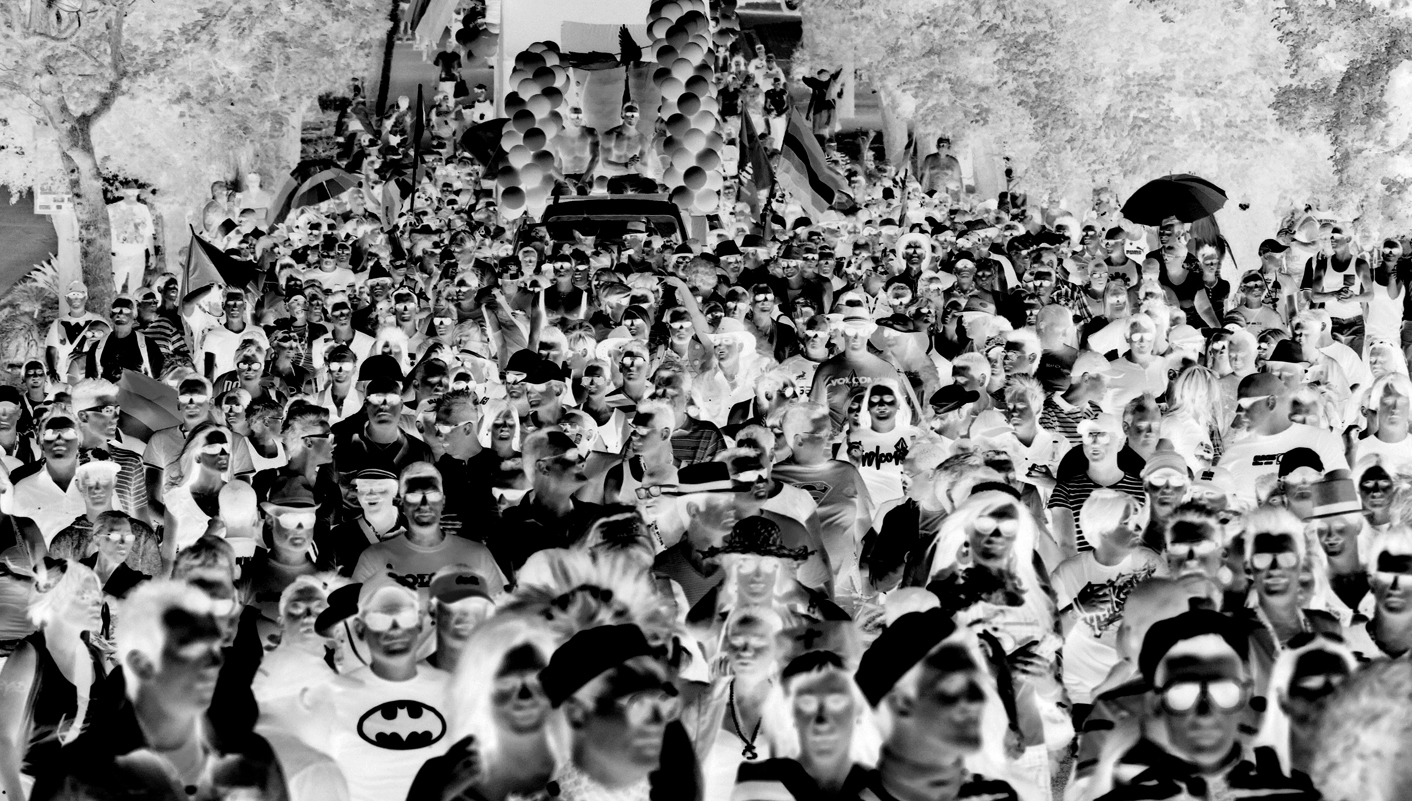 At birth we are assigned a sex description: male or female. This is recorded on our birth certificates, and consequently captured in our ID number. However, for some people, this number is a complication that follows them for life. It’s a continuing struggle to recognise these people’s rights on an official level. By MAXINE RUBIN.

The four digits that follow our birth date in our ID number – the gender marker – indicate whether we are female or male. Many people do not know this because they identify with sex description that they were assigned. In other words, their birth certificate says that they are a man, and they feel that they are a man. However, for some people these four digits are the cause of fear, anxiety, depression, isolation, and resentment. For some people, these four digits are a lie.

A person that feels that their body does not correspond with their gender identity is called ‘transgender’. This means that while one feels that they are a woman trapped in man’s body, or vice versa. The effects of the incongruence of one’s official sex description and gender identity are significant. When an official document states that one is a man, but they present as female, a floodgate of potential issues arise. Daily chores, such as driving and banking, become invasions of privacy and accusations of fraud.

Thirteen years ago, the Alteration of Sex Description and Sex Status Act, No. 49 of 2003 (Act 49) was introduced by government in order to remedy these issues. Act49 allows transgender and intersex persons to apply to the Department of Home Affairs (DHA) to alter the sex description captured at birth so that it corresponds with their gender identity. However, many transgender and intersex persons continue to confront discrimination and prejudice as a result of inaccurate identification documents. This is because the Act is not being implemented properly.

Last week, the Legal Resources Centre and Gender DynamiX launched a briefing paper that critically assesses the effects of the inappropriate implementation of Act 49, and recommends possible ways to remedy these concerns. It quickly becomes clear from the overview of the shortcomings with the implementation of the Act that, at best, we are dealing with institutional chaos in which staff are poorly trained. At worst, we are dealing with institutionalised transphobia, prejudice and discrimination. In reality, we are likely dealing with a combination where some officials allow their personal prejudices to determine the outcomes a bureaucratic process and do not understand the legislation, and they get away with it because there are insufficient systems in place for internal accountability.

These themes were captured by Robert Hamblin in his keynote address. He emphasised how he was able to overcome the institutional violence that the DHA waged against him during his Act 49 application process by drawing on a lucky combination of cultural, social and economic capital. He proceeded to note that this presents a significant challenge: the problematic implementation of Act 49 are systemic and institutional challenges that cannot rely on this highly individualised interaction of resources in order to secure access to justice for all.

Those that are not as lucky – most people living in South Africa – may be condemned to extremely harrowing experiences. A woman tried to access treatment for HIV exposure after she was raped by five men for being transgender. At the hospital she was confronted with further discrimination: “When we got to the hospital I had to produce my ID book. I wish I had just said that I had lost it. The nurse called me by my male name, loudly so everybody could hear. I did not care I was so broken already. When we were inside the cubicle she asked me what I wanted. B (a friend) told her what had happened and that I needed HIV post exposure prophylaxis. She snorted, told me to go home and take off my dress. We put up a fuss but nobody cared. I went home to hide. I could not go back to the hospital . . . Yes, I am HIV positive today.” This extract powerfully communicates the extent to which someone can be stripped of their humanity due to a combination of bureaucratic disorder and personal prejudice. If her ID book had stated she was female then the nurse would likely not have denied her access to treatment.

The discussion turned to concerns being aired about the fact that the same issues were being discussed over the past thirteen years, despite the concerted efforts made by a number of civil society organisations to tackle the systemic challenges with Act 49’s implementation. Where progress has been made, it seems to be individualised, and sometimes down to luck. The challenge then is to develop strategies that can address the implementation issues at the structural level, so that the DHA offices across the provinces can be held to account by the same standard. One of the recommendations proposed in the Act 49 briefing paper was for the DHA to issue directives about Act 49. The directives have the potential to set a standard practice for the Act’s implementation in all DHA offices, and can directly respond to the existing implementation issues that have clearly emerged.

One of these issues is the frequent refusal to approve an application because an applicant has failed to provide ‘evidence of surgery’. Two crucial but separate concerns have spiralled from this. Firstly, the demand for ‘evidence of surgery’ as proof of gender reassignment is deeply troublesome. It violates the progressive nature of the legislation, which does not exclusively require gender reassignment surgery, but rather it lists surgery as one factor among three other eligibility criteria. The other criteria are: medical (hormone) treatment; if one is intersex; and if one’s sexual characteristics have changed “by evolvement through natural development”. It is unclear what this last criterion refers to. It may refer to a particularly rare experience of intersex called 5-alpha reductase deficiency syndrome. Alternatively, it could be interpreted more liberally as gender identity expression – such as dressing in the clothing that corresponds with one’s gender identity. Regardless of how liberally this last criterion is interpreted, the demand by DHA staff for proof of surgery before processing an Act 49 application is clearly inconsistent with the requirements established in the Act itself.

The second related concern that emerges is an issue of just administration. In many cases where an application has been denied, the applicants were not issued with a written letter of refusal. The Act specifically provides that such a letter must be furnished by the DHA Director-General. Applicants can then appeal the refusal by escalating their application to the Minister of the DHA, but to do this they need to present the letter of refusal. Therefore, the situation that many find themselves in after years of following up on their application’s progress and being informed verbally that it has been denied, is one which is unclear. They cannot pursue the appeal process provided for in the Act, and they still do not have amended identification documents.

It is impossible to capture the real life impact of these miscarriages of justice. For years, applicants are left in limbo waiting to receive identification documents that accurately reflect who they are. Until these are received, applicants are forced to endure daily anxiety, depressions, and fear because their identity is being determined by a document. There are a number of significant hurdles that need to be overcome in order to ensure that Act 49 is implemented in a manner that is consistent with its fairly progressive nature. But perhaps the biggest battle is to reframe these challenges from a ‘minority rights’ concern to a ‘human rights’ concern. As Hamblin so accurately noted in his speech: a State’s success is measured by the well-being of their most vulnerable citizens. DM