GroundUp: No place to bring up a child

GroundUp: No place to bring up a child 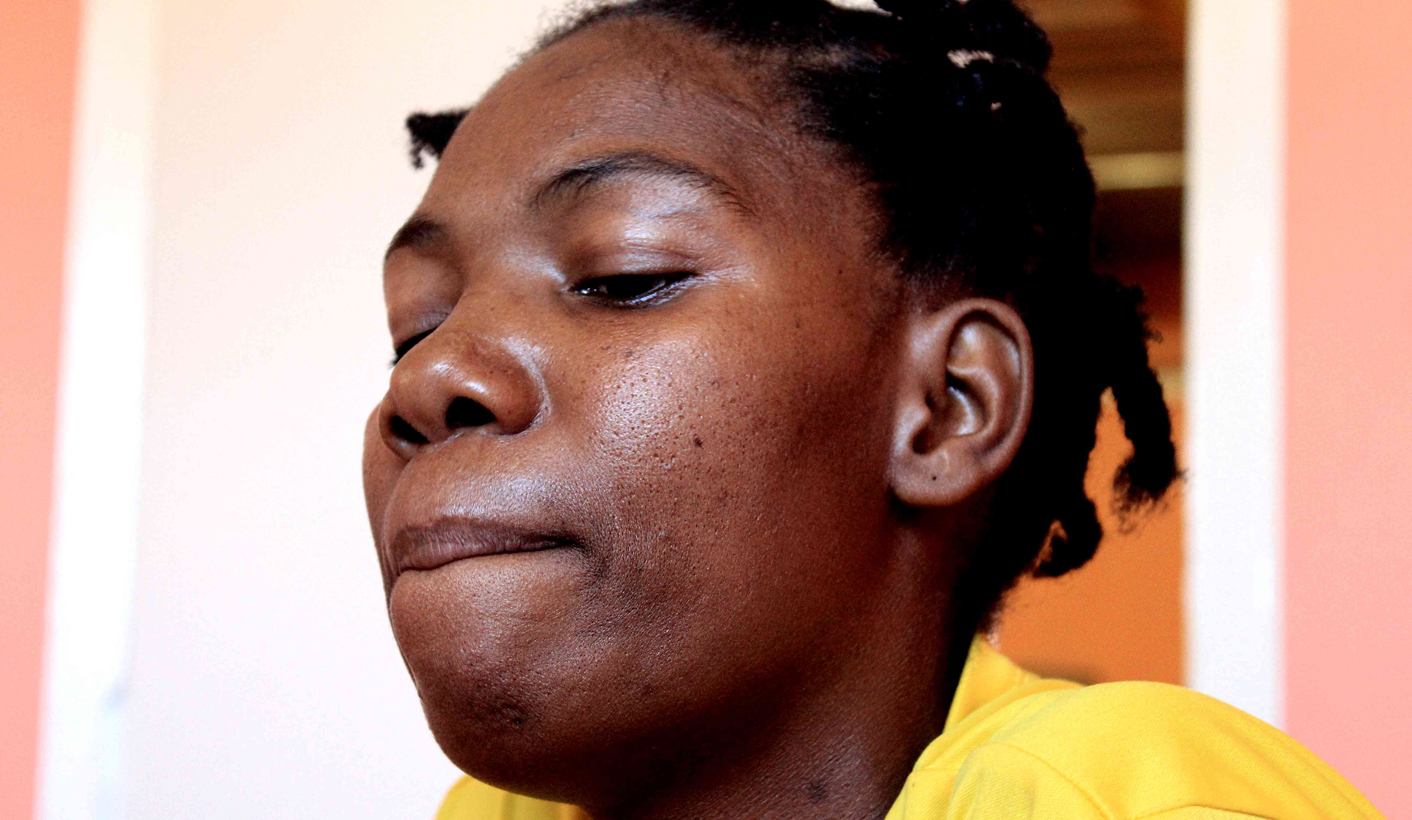 Pheliswa Cekiso, 28, was two months pregnant when she was evicted from her shack in Lwandle. In December she gave birth to a healthy boy. But the Nomzamo community hall where she lives is no place to bring up a child, she says. By Zintle Swana for GROUNDUP.

This feature was first published on GroundUp.

Cekiso is one of about 50 people evicted from Lwandle in June last year who are still living in the community hall.

She says the hall, where there are a number of people who are not in good health, is no place for a baby; one man with TB died in the hall in December.

They sleep on thin mattresses; some use chairs to make a base.

Cekiso says she has decided to give her two month old son, Ayakha, to a carer to look after until she can get a house of her own. The child lives in a house in Nomzamo with 13 other children.

“Any mother would die to be with their newborn after a nine-month bond, but I could not be selfish. I had to think for my baby, and it was my decision,” she says.

Ayakha’s father also lives in Nomzamo but has no job and does not support his son.

Last year in August, Cekiso was diagnosed with kidney failure. Her condition is serious; she was told she has only one kidney functioning and it is also not in good condition.

“My kidney problem started last year. I was supposed to go for an operation but I was still pregnant.

“Going through all of that I just couldn’t take it anymore and I approached a social worker who helped me make the decision,” she says.

Thantaswa Sicetsha, 36, is one of the people who lives with Cekiso and who have been helping her after she gave birth. She says Cekiso is not coping well after giving her child away.

“She is not taking it well and I am sure anybody who has been living with her before this happened can see that. She visits the baby all the time and takes him to clinic appointments,” says Sicetsha.

Sicetsha says the situation in the hall isn’t pleasant; they have to stand at the gate and ask passers-by for food.

“I also had to send my ten-year-old son to my aunt because this is no environment to live for a child … It’s even worse for a newborn baby,” she says.

Bishop Gcilitshana, who is the pastor helping the people in the hall, says, “The situation is really bad and it is not easy for these people to get jobs. I am trying to help, but it’s beyond my power.”

Cekiso grew up in Newstand, a small village in Matatiel, Eastern Cape, where she lived with her late parents. Her mother died in 2004 and her father in 2007. Her siblings, three brothers and two sisters, are older and have their own lives.

She dropped out of school after Grade 9 in the same year that her father died and she gave birth to a daughter, Asabonga, now eight years old. One of her sisters agreed to look after her daughter while Cekiso was looking for a job, and she decided to move to the Western Cape in 2005.

“My life back at home was not going anywhere and my cousin suggested that I join her,” says Cekiso. But her cousin died in 2006 and she had to move out.

She found a place to stay with a friend in Lwandle.

“We stayed in a small shack, but it was our own little world … We had privacy, my life was normal, I could buy a loaf of bread that could sustain us for at least three days … You cannot do that here.”

“I wish I could sleep and wake up only when the situation is better,” said Cekiso. DM

Photo: Pheliswa Cekiso would rather be separated from her baby son than bring him up in Nomzamo community hall. Photo by Masixole Feni for GroundUp.