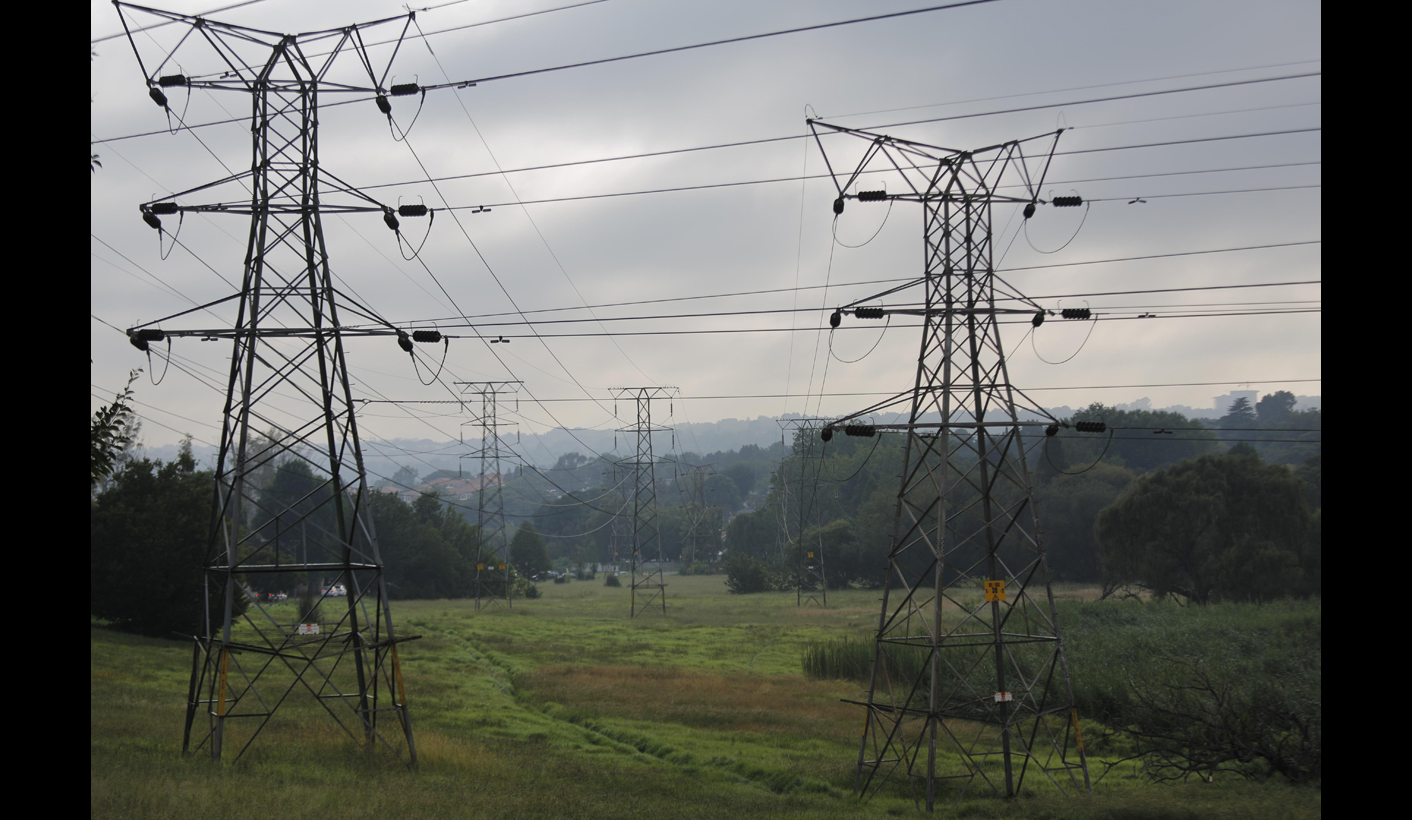 It's going to get ugly here, so we, as South Africans, need to have much better understanding of our country's electricity system, Eskom, our consumption patterns and pricing, the cost of load-shedding and how we can, if ever, escape from the precarious situation in which we find ourselves these days. So we thought the best way to present it to you, dear traveller through South Africa’s electrical space-time continuum, is through this extensive hitchhiker's guide in six parts. Today, Part One: Everything you wanted to know about Eskom but were too afraid to ask. Series conceptualised and written by DIRK DE VOS.

Politicians, when they are in power, tend to be more optimistic about future prospects than the “objective realities” realistically permit. So, when Minister Brown calls for patience until 2018 and Eskom issues its load shedding schedule projections which see February having just three working days that are not at high risk of load shedding or that Eskom itself is over-indebted and possibly insolvent, we need to understand that our electricity system is in deep crisis. On 26 January Eskom said that in addition to planned maintenance taking 3,429 MW of generating capacity out of service, unplanned outages represent another 10,515 MW. A third of Eskom’s generating capacity is now out of commission. We also need to understand that it will take billions and several years to fix what has gone wrong – whatever route is taken to do so.

The problem is that South Africans are not particularly patient and, by all accounts, social cohesion and the post-democracy reconciliation project is well off track. One can be sure that just about every hot button issue, be it racial redress/reconciliation/inequality, land reform, labour laws, investment, unemployment, BEE/transformation, economic/industrial policy and even education, will increasingly play second fiddle to the electricity crisis. Policy on just about anything will be subject to the question: will there be enough electricity at a reasonable price to implement it? Sensible debate on what to do is also unlikely. The government knew all this a long time ago, as reflected in this 2006 memo.

Already, we have seen amazingly silly statements from our president on what/who is to blame for the present predicament, despite earlier acknowledgements that the post-democratic government has been the author of the current electricity crisis, a fact confirmed by previous management of Eskom. On the other hand, often via social media, the comments sections of publications and (candlelit?) dinner parties, deeply racist prejudices will be vented, probably with a view that the electricity system ran just fine before “they” got their hands on it. It could get ugly. It will get ugly.

The first problem is that for over a generation, Eskom has provided cheap electricity in abundance. None of us have had to think too much about how it works and fits together. After a brief period of openness with us, information about our electricity system might now become harder to get.

The purpose of this series, then, is to help make the debate more “civilised” and to provide key facts because, as Thomas Jefferson once observed, “If a nation expects to be ignorant and free in a state of civilisation, it expects what never was and never will be.”

Some disclaimers first: Electricity systems are huge and can be quite complex. A proper effort would require several researchers, a significant amount of time and dedicated contributions from a wide range of disciplines at a high level, financial, technical, regulatory, economic, environmental, political and so on. This is a scratch pad effort – at best. A proper effort would also require a budget well beyond that which any local “mass media” publication could even begin contemplate. The result of it might also be hard to digest unless a serious effort was made. The “facts” set out hereunder themselves are all open source, freely available on the web, but some of them are secondary sources – there may well be better or more accurate information out there. Also, where assumptions are made, these are disclosed and you, the reader, can make different ones and maybe get a different result.

Assumptions are often needed when trying to cost the financing of a project over many years (and therefore what it needs in revenues to be sustainable). Financing any largish power plant is an immensely complex process with a mix of equity funding, debt of several types together with considerations as to depreciation, tax charges, currency movements, interest rates and future inflation expectations all throw in. Modelling these is even more so. But for the present purposes, one can take a “stab” at working things out by combining all these factors into something called the Weighted Average Cost of Capital (WACC) and ignore inflation by assuming that the WACC will always bear a fixed relationship to inflation. The facts presented here can only present a simplified picture and they, together with any commentary, might well disclose an ideological bias – but we have to start somewhere.

What follows, starting below, is a six-part series of articles on the following topics:

1: Everything you wanted to know about Eskom but were too afraid to ask