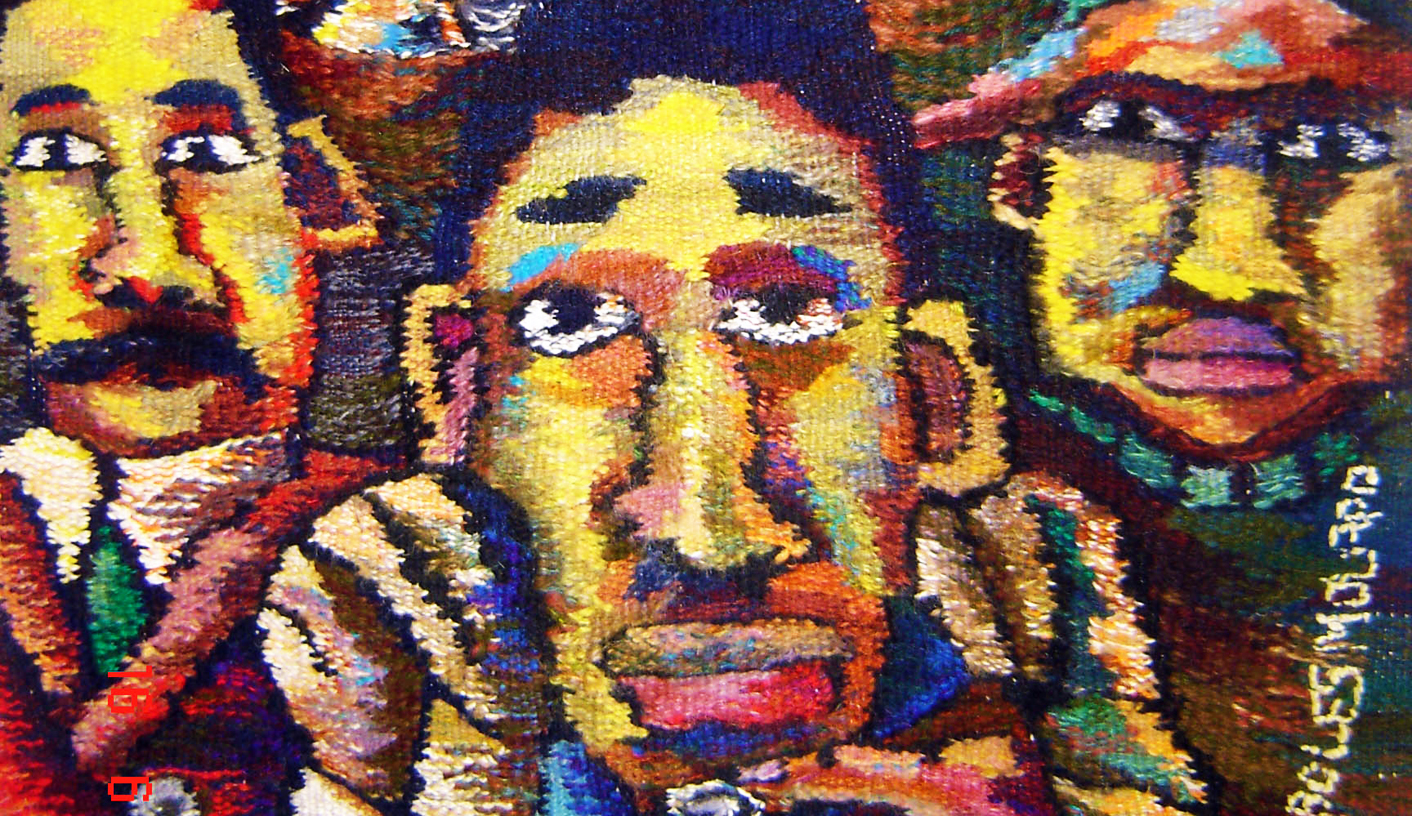 Township artists don’t want you to see buying their art as supporting them, but rather as an investment. There’s a new generation of collectives that’s starting to understand the true value of the talent they develop. And if they have anything to do with it, their work will be hitting the galleries on large scale in the near future. By BORIS GORELIK.

Art out of rubbish

Creative people in townships seem to prove that you don’t need expensive materials if you’re eager to do art. As one of these artists says, “Empty pocket is no excuse.”

For Ubuhle Bobuntu, a collective of artists from Soweto who met as students at FUBA, waste materials are the main medium. In the areas where they live, rubbish and dumping grounds have become an integral feature of the scenery.

Lehlohonolo Mkhasibe, one of its members, does his prints on discarded tyres, which he collects all around his neighbourhood. Local children help him to locate suitable material.

“People often ask why we collect rubbish,” Mkhasibe says. “We invite them to our homes to see our work and they begin to help us. They tell us it’s a good job we’re doing, turning rubbish into art.”

Even though the pieces Lehlohonolo creates are abstract, local people can relate to them if only because the medium is so familiar. The rubber shoes used in the Zulu traditional dance are made from the same material.

Another Ubuhle member, Victor Mofokeng, creates his pictures from bread. Virginia Ramovha uses soil for her artworks. Velaphi Masondo uses wood and cans. Sinalothemba Ntuli incorporates beads into his paintings, for which he won the Thami Mnyele Award.

Sculptor Bongani Khumalo, along with other members of the collective, produced artwork for the Soweto Theatre. “We established Ubuhle Bobuntu,” he says, “because we needed to have a common voice.”

Ubuhle Bobuntu have exhibited at the Museum Africa, the Maboneng Precinct, the Workers’ Museum and various public spaces in Soweto. They’ve also collaborated with Swiss and New Zealand colleagues on public art projects.