Fight against Ebola: After a year of darkness, some cautious optimism 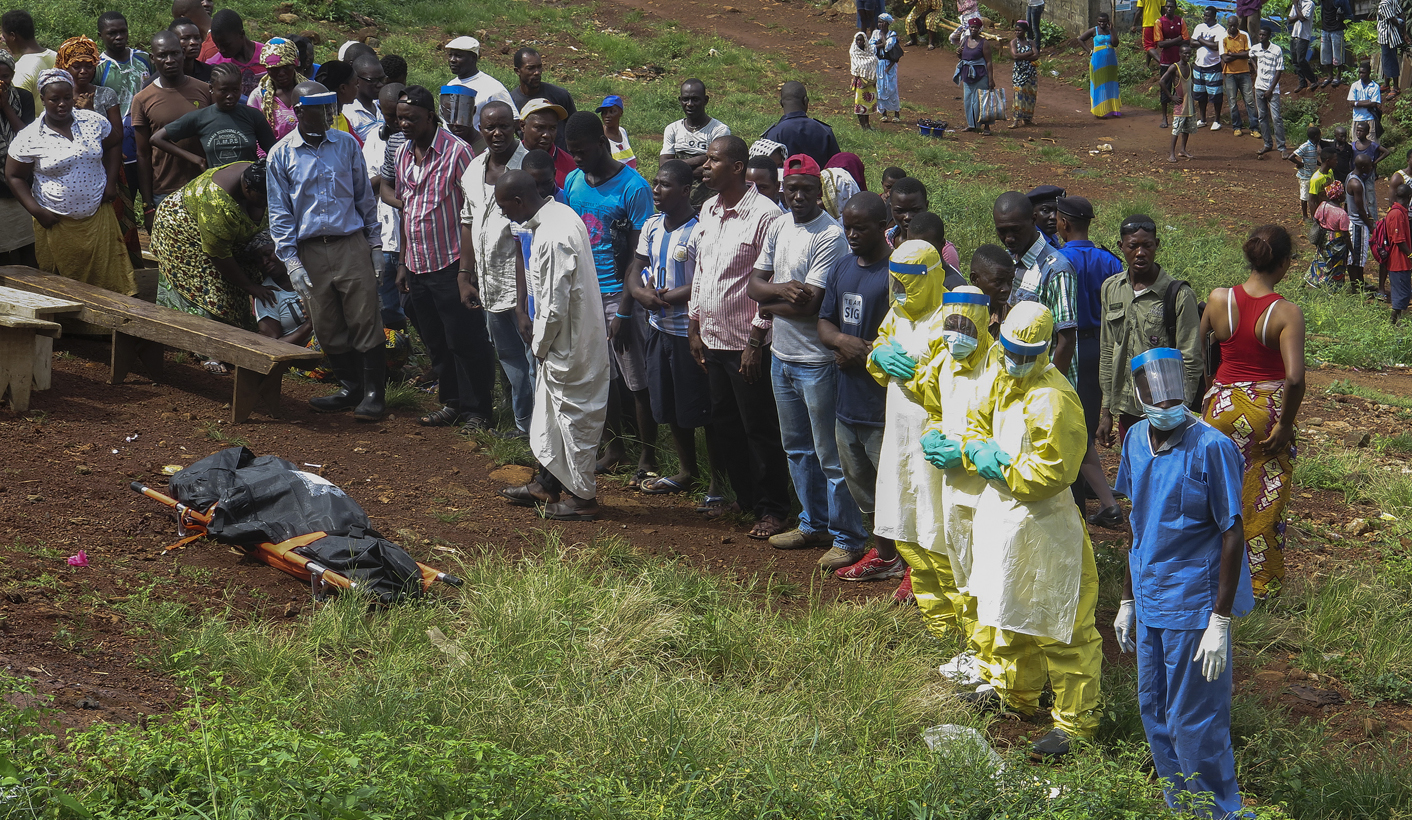 There’s good news in the fight against Ebola – or, at least, some cautious optimism. The spread of the virus is slowing, and healthcare workers are beginning to talk about how they might eradicate it entirely. For Guinea, Liberia and Sierra Leone, however, this is only the very first step in a long, bitter road to recovery. By SIMON ALLISON.

Reading between the lines of the dry, technical language, it’s possible to detect a hint of optimism in the latest Ebola situation report from the World Health Organisation (WHO).

“For the first time since [late June 2014], there have been fewer than 100 new confirmed cases reported in a week in the three most-affected countries,” said the report. This is a significant milestone, and is pretty convincing proof that the effort to slow down the spread of Ebola has worked.

In the week ending on 25 January 2015 (the most recent data available), there were just 99 cases in West Africa – 65 in Sierra Leone, 30 in Guinea, and only four in Liberia, which is the country closest to eradicating the disease entirely.

“The response to the [Ebola] epidemic has now moved to a second phase, as the focus shifts from slowing transmission to ending the epidemic. To achieve this goal as quickly as possible, efforts have moved from rapidly building infrastructure to ensuring that capacity for case finding, case management, safe burials and community engagement is used as effectively as possible,” said the WHO.

Similarly, aid workers on the ground in the affected countries are beginning to see some light at the end of the tunnel, although they are understandably cautious about declaring the battle won. Ebola is nothing if not resilient, and the epidemic will only officially be over once there have been no new cases for 42 days (that’s twice the incubation period of the virus). That landmark is still some time away.

“It’s a low key affair. We don’t want to jump for joy, but we do want to mark the start of decommissioning of Elwa,” said Duncan Bell, a field co-ordinator in Liberia for Doctors Without Borders, in a BBC interview. The humanitarian organisation has decided to reduce capacity at the Elwa 3 Ebola Management Centre in the capital Monrovia, as demand decreases – a decision that would have been unthinkable just a few months ago, at the epidemic’s height. “It’s not closing, it’s only a small part, but it is a step in the right direction,” said Bell.

Another step in the right direction is the roll-out of two different trial vaccines in Liberia. The experimental drugs have been given to 12 healthcare workers initially (all volunteers), which could be extended to as many as 27,000 volunteers if initial results are positive (9,000 will be injected with one trial vaccine, 9,000 with the other, and 9,000 with a placebo). Like many vaccines, these work by injecting the volunteers with a small dose of Ebola; not enough to kill, but enough to fool the body into producing antibodies.

Ironically, the vaccine programme could suffer from the success of the Ebola containment operation. “We’re in a bit of a strange situation,” said Martin Friede, the man who is leading the WHO’s search for an effective Ebola vaccine. “On the one hand, the number of Ebola cases has really dropped dramatically… This is excellent for the countries involved. However, from a drug research and development perspective, this is not so good. It’s very difficult conducting clinical trials when there are very few actual patients.”

For Guinea, Liberia and Sierra Leone, the containment of the epidemic doesn’t mean their problems are over. In Guinea, the number of confirmed, probable and suspected deaths from Ebola stands at 2,569; in Liberia it is 8,622; and in Sierra Leone it is 10,518. The Ebola death toll, however, is just one part of the disaster – and a relatively small one at that.

Likely to be even more serious, although impossible to quantify, is the knock-on effect that this has had on all three countries’ already weak health systems. Since the Ebola outbreak, it has been nearly impossible to get treatment for anything else, meaning that thousands and thousands of people are dying from diseases and injuries that would normally be treatable, in particular malaria, tuberculosis and maternal mortality.

Then there’s the crippling impact that Ebola has had on other sectors: the economy, employment, education, etc. “Even when the Ebola outbreak is over, its wider effects are going to be felt for a long time. A whole generation is out of education. Investors have left. The stigma from the civil war has been replaced by Ebola, and will be lasting,” wrote Tamsin Evans in The Guardian, referring specifically to Sierra Leone. Her point holds for Guinea and Liberia too.

So yes, it is worth taking a moment to congratulate everyone involved in the effort to slow down the spread of Ebola, which at one time looked unstoppable. But even when this particular outbreak of the virus is eradicated, it is vital to remember that the devastation caused by Ebola is far from over, and won’t be for decades to come. DM