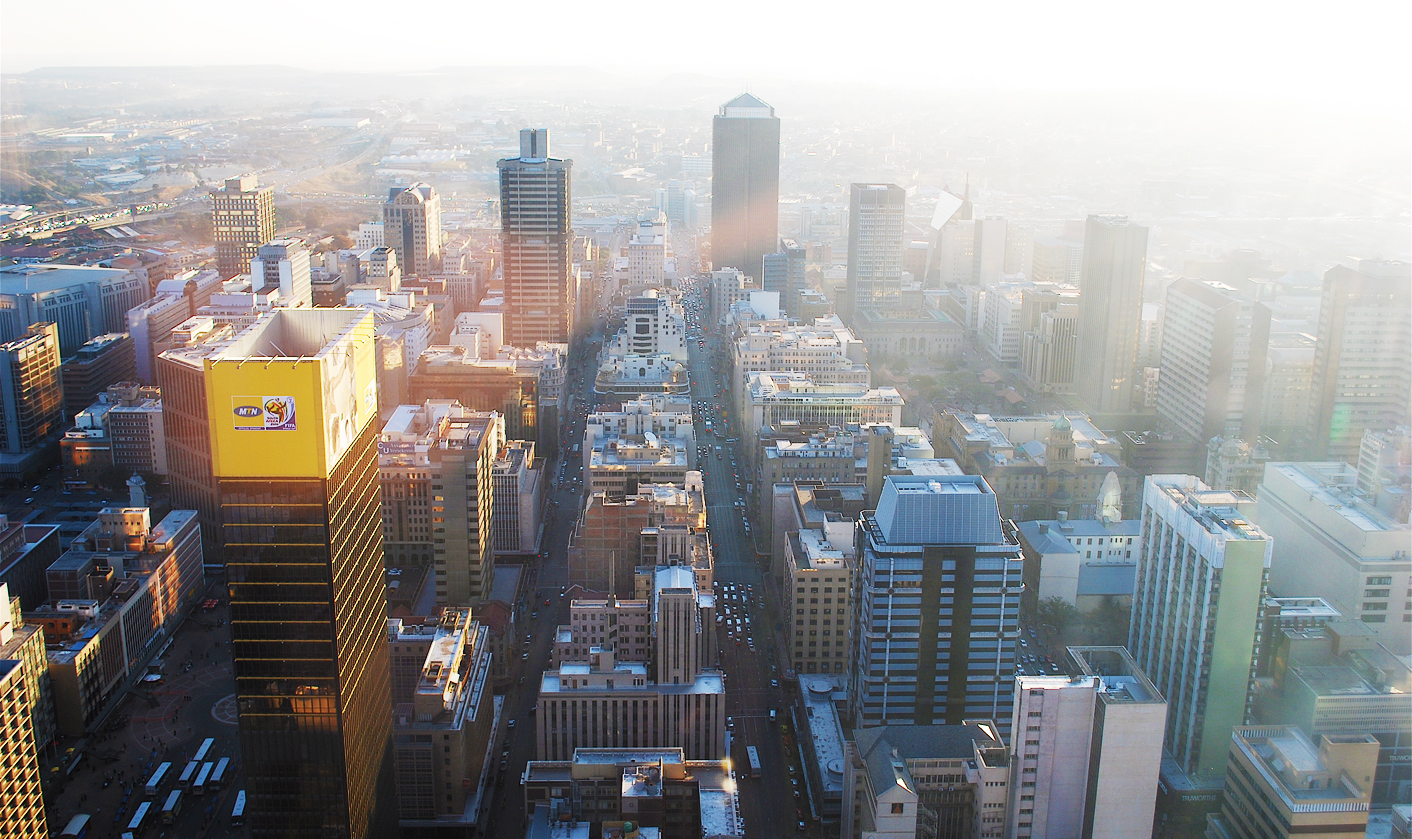 Cheer up, Jozi. We know the last few weeks have been tough, what with all those potholes and power cuts and the depressing news. But put on a brave face, smile a little and maybe even pat yourself on the back, because the world is watching – and they really, really like what they see. By SIMON ALLISON.

Look, let’s be honest for a moment: us Joburgers, we have an inferiority complex. We know our city is trendy, and vibrant, and, in its own way, beautiful, from the spectacular natural vista of those suburban Jacaranda forests in full bloom to the gritty, inner-city chic of gentrified Braamfontein. It’s got style, it’s got charm, and it’s got more than enough of the hip bars and hipster restaurants that have come to define early 21st century cool. We will never run out of craft beer.

It’s not enough though, is it, when faced with those self-righteous Cape Towners and their glittering Instagram feeds. “How fresh is your sushi?” they ask, before reminding us about their sea and their mountain, their vineyards and their general air of nonchalance.

Here’s the thing, though: while Cape Town is resting on its (admittedly impressive) laurels, Joburg has slowly but surely been catching up. And while Jozi-ites may not have realised how far we’ve come, seasoned travellers have – and they’re shouting about it from some of the world’s most influential publications.

Take this from the Rough Guide, which crowned Joburg as its top city to visit in 2015. “Joburg has a reputation problem. But South Africa’s biggest city is finally beginning to break free from the chains of its troubled past, and parts – like the arty Maboneng quarter – have rooted themselves as exciting cultural hubs. New clusters of forward-thinking museums, galleries and shops are set to emerge in 2015, though better-known attractions like Constitution Hill and the poignant Apartheid Museum should still be on the to-do list of any first-time visitor.”

Or this from the BBC, which included Joburg in its shortlist of 2015’s hottest cities. “South Africa’s largest metropolis [has reinvented] itself out of its apartheid and crime-riddled past. While residents and visitors once eschewed downtown for safer gated suburbs, a dropping inner city crime rate has meant that locals are venturing out again – and bringing with them a spate of new boutiques, museums and galleries.”

The Times of London, meanwhile, described the city as “the latest hip city break” in a feature length paean that waxed lyrical about its cool bars, boutique hotels, trendy shops and foodie markets. Maboneng gets a mention, as does 44 Stanley, Braamfontein and a bicycle tour of Soweto. “Jozi and Soweto have an undeniable, and often tiring, energy. There’s something thrilling about it all: yes, it still has an air of the perilous, but it also feels like a city on the verge, a city emerging from a sombre past into the vibrant, multicultural nucleus of South Africa.

“This is not the place for tourists looking for beautiful architecture and city walks; it’s for people prepared to uncover the diamonds in the rough — and when they do, they’ll find a city that is alive and kicking.”

There is something reassuring about all this, something validating. Our Jozi love is more than just glossy spin; it’s not just propaganda to make ourselves feel better about living in a big, busy metropolis where everything’s expensive and everyone works hard and the robots are always broken. Others are feeling the love too.

“Post 1994, the city has undergone immense change – and while there’s still much to improve – an urban culture has emerged that borrows from global trends while stamping its own unique imprint. You can see it in Soweto, when not in turmoil, where a new generation is shaking off the heritage label as the only thing of value and building a hip identity for the place; in Braamfontein and Maboneng where the opportunity to mix freely and play on the streets attracts the cool kids,” said Laurice Taitz, publisher and editor of Johannesburg In Your Pocket, a guidebook to the city.

Taitz says there is a buzz about Joburg, a creative wave sweeping across it, and that the world’s press is identifying with this urban energy. It’s got something for everyone. “For the world’s travellers focused on urban getaways, Joburg is a unique African city, diverse, exciting and also starting to feel proud of itself as a world city. For Africa’s visitors it’s a shopper’s paradise, for business travellers it’s the place to strike that deal.”

Take that, Cape Town. Your beauty may be as eternal as your smugness, but 2015 is definitely Joburg’s year.

PS. An honourable mention to Durban, too, which is also carving out its own international identity, with some success. It made seventh spot on the New York Times’ list of the top 52 places to go in 2015. “No one has bad things to say about Durban, per se; they will agree that its beachfront promenade is lovely and the weather is pleasant year round. And yet Durbs, as it is affectionately called, is often scoffed at by Capetonians and Joburgers for being a touch gauche. Well, enough of that. The city’s creative set is staking its claim on a hefty share of the country’s cool quotient.” DM