Are nearly two-thirds of South Africa’s estimated 150,000 sex workers HIV-positive? At least four studies published since the mid-1990s suggest an HIV-prevalence of between 45% and 69% in the sex workers that were surveyed, but dig a little deeper and it 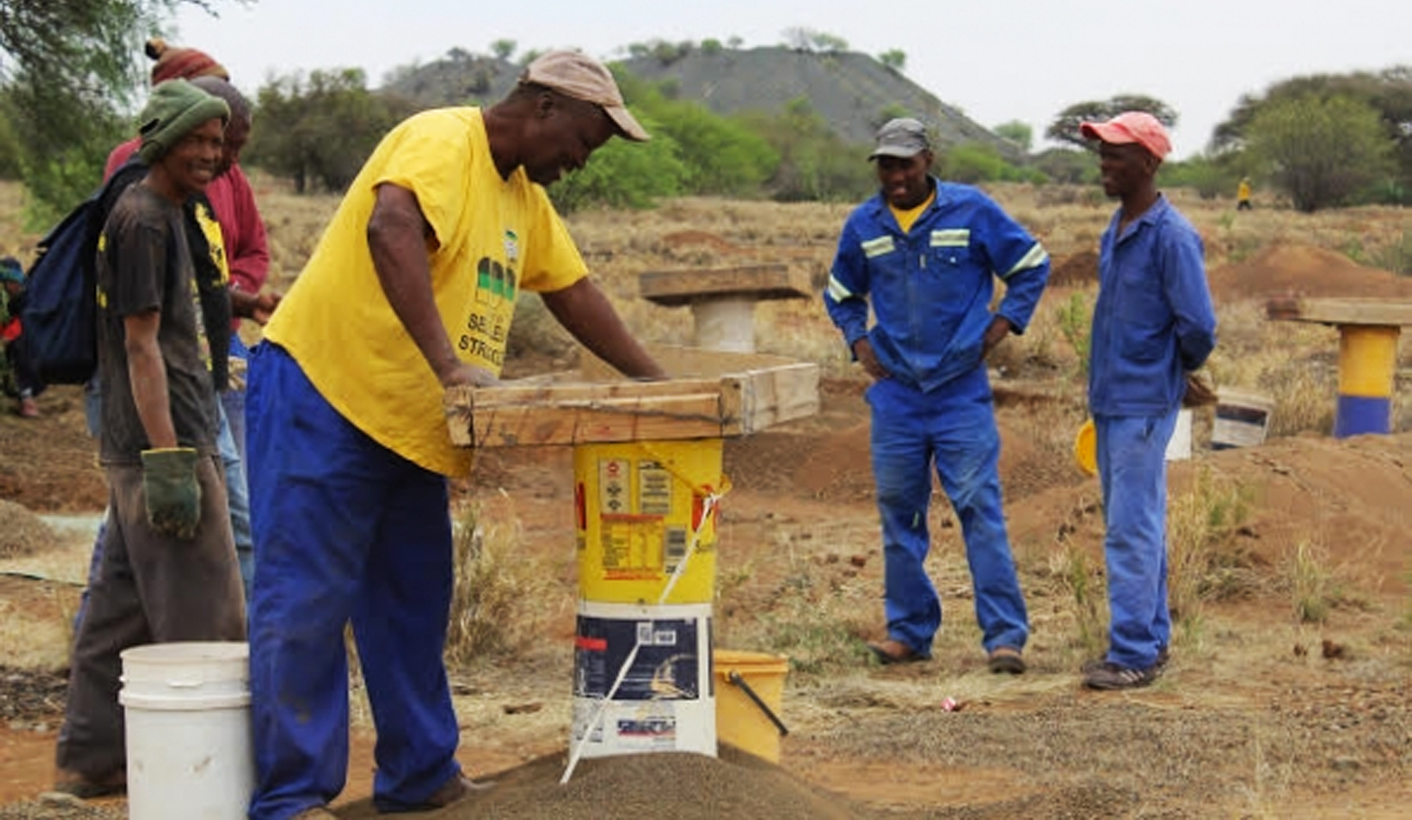 Hundreds of unemployed Kimberley residents have turned to digging deserted mine dumps to earn a living. By Douglas Mthukwane for GROUNDUP.

The dumps belong to De Beers and the soil comes from the Big Hole and other mines in the area.

Shelters made from plastic bags and cupboards, as well as small fires for cooking, are visible in the bushes wherever there are potential mineral leftovers.

Pabi Dibeco (33) says he can’t understand why authorities are criminalising the residents’ only source of income. He previously worked at a garage and has no work experience. “I am married with two kids; doing this in the face of massive unemployment is better than resorting to crime. Who will employ me with my grade 11?” he asked.

He was supported by a fellow miner Harry Scott (38). “Stopping us is tantamount to denying us our mineral rights… We demand a fair share of our land’s riches; is it too much to ask for these leftovers?” said Scott.

Hull Street is the main street where the dumps are located. Diggers are seen there and in Samaria Road, as well as in areas such as Kenilworth, The Floors and Colville.

They were previously arrested for “trespassing and illegal mining” but according to miners GroundUp spoke to, charges were later dropped in court because “it was a trick to scare us off”.

According to Scott, the miners see the dumps as De Beers’ leftovers, and say the company has been mining in the town for many years without ploughing back into local communities.

Dibeco says that they want to be left alone and De Beers should donate the dumps and focus on big underground mines using heavy machinery and skilled labour.

It can take diggers months to discover a small diamond.

De Beers Spokesperson Tom Tweedy told GroundUp that the miners are operating illegally. “It’s exactly the same as someone coming into a person’s private home and taking their television or plough.”

“Operating is a formal thing. It is not an ad hoc, environmentally devastating, alluvial digging operation. There are things one must do as a miner: be safe, rehabilitate. So even though these miners paint themselves as victims, there is nothing stopping them from registering with the Department of Mineral Resources as legal operators with the obligations that go with that. Illegal mining is patently linked to criminal activities and networks, and eventually undermines the viability of long-term legal operations,” said Tweedy.

Business Day has reported that De Beers is approaching the end of its operations in Kimberley, the world’s largest source of rough diamonds, by about 2018. DM