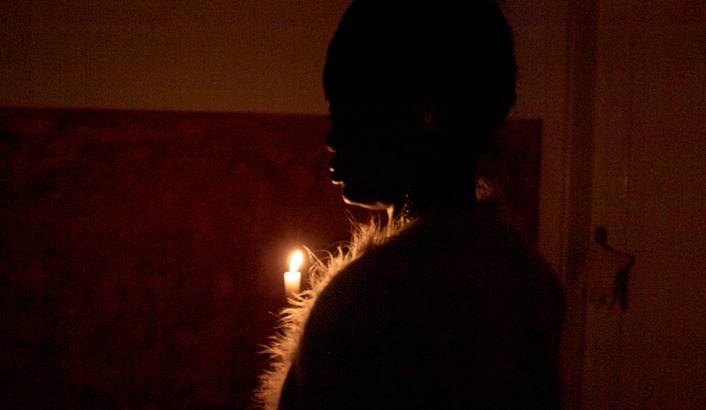 Are nearly two-thirds of South Africa’s estimated 150,000 sex workers HIV-positive? At least four studies published since the mid-1990s suggest an HIV-prevalence of between 45% and 69% in the sex workers that were surveyed, but dig a little deeper and it turns out the research conducted to date has been limited in scope. By Sintha Chiumia for AFRICA CHECK.

Are 60% of sex workers in South Africa HIV-positive?

The claim, which has been widely reported in recent weeks, stems from a press conference earlier this month in which Dr Fareed Abdullah – the CEO of the South African National Aids Council (SANAC) – remarked that “the four or five studies that we have all show that [infection] rates [among sex workers] are above 60%”.

“About 60% of South Africa’s estimated 150,000 sex workers are HIV-positive,” read a subsequent article in The New Age newspaper. The South African Press Association rehashed the story and distributed it to clients of its wire service who quickly parroted it. “60% of magoshas are HIV positive!” screamed a headline in the Daily Sun tabloid. “60 percent of sex workers are HIV positive,” Health24.com reported. So did the Sowetan .

Is there evidence to support the claim?

At least four studies published since the mid-1990s suggest an HIV-prevalence of between 45% and 69% in the sex workers that were surveyed.

The most recent of these was conducted in Durban between August 2004 and May 2005. It surveyed 775 women who’d had at least three sexual partners in the previous three months. The women came from areas within a radius of 45km of the University of KwaZulu-Natal in Durban and 79% of them said they were sex workers. Out of the 775 women, 59.6% tested HIV-positive.

The second survey was conducted in 1998 in the mining community of Carletonville in Gauteng and found that 69% of sex workers surveyed there were HIV positive.

The third study was conducted among sex workers operating at truckstops in the KwaZulu-Natal Midlands between August 1996 and March 1997. Of the 145 sex workers that participated in the survey, 50.3% were HIV positive.

The fourth study was conducted in Hillbrow in Johannesburg between 1996 and 1998. A total of 247 sex workers were screened for HIV and 45% of them tested positive.

Kerry Mangold, a senior technical adviser at SANAC, said there had been “other small or local studies and [testing] data” which showed an HIV prevalence of 60% or more.

However, “the limited number of studies to confirm this, the small sample sizes and restricted geographic focus of the studies to date” meant that they weren’t the “most accurate and statistically sound”.

Despite these limitations, Mangold said, it was “important to put a number on paper” in an effort to understand the scale of the problem and ensure “effective interventions to decrease HIV incidence”.

Can the studies be used to refer to SA as a whole?

The small sample sizes and the limited areas in which the surveys were conducted mean that they cannot be generalised to make the claim that 60% of sex workers in South Africa are HIV positive, Dr Alasdair Reid, a Senior Strategic Interventions Adviser at UNAids told Africa Check.

For example, it was unlikely that the 2005 Durban survey – which focussed on 775 high-risk women (not all of whom could be described as sex workers) – would be representative of all female sex workers.

“We know that HIV prevalence in the general population varies markedly by geography, sex, age group and urban and rural areas,” Reid said.

The data is also old. Some of the surveys date back nearly twenty years. The most recent was conducted a decade ago. And data, unlike wine, doesn’t age well. Patterns change. It stands to reason that a study done in 1996 could yield very different results if conducted in 2015.

“[The prevalence rate] could have gone up or down or stayed the same, or could even have gone up in the interim and started to fall,” Reid said.

So what is the HIV prevalence among sex workers?

How many sex workers in South Africa are HIV positive? “We don’t really know,” says Leigh Johnson, an actuary and epidemiologist at University of Cape Town’s Centre for Actuarial Research. “It’s hard to say what the HIV prevalence level is in sex workers because we don’t have a nationally representative survey.” Johnson is a member of the Actuarial Society of South Africa (ASSA) and has served on the organisation’s Aids Committee.

SANAC’s Mangold agrees that there is a “lack of robust surveillance data on sex workers – particularly at a national level and at a large enough scale to give a reliable estimation of the number of sex workers in South Africa, their HIV prevalence and incidence estimates”.

Last year, the University of California, San Francisco (UCSF) – together with SANAC, the Wits Reproductive Health and HIV Institute (Wits RHI), the Anova Health Institute, South Africa’s Department of Health and the US Centres for Disease Control and Prevention – carried out a survey of sex workers in Cape Town, Durban and Johannesburg.

The findings are due to be published on 17 February. According to Professor Francois Venter, the deputy executive director of Wits RHI, the study found HIV prevalence rates among sex workers of 30% in Cape Town, about 60% in Durban and over 70% in Johannesburg.

All the researchers and academics we spoke to agreed that it was enormously difficult to carry out HIV prevalence surveys among sex workers.

“[T]hey are a ‘hidden population’ that is criminalised and heavily stigmatised, and this makes it difficult to reach the majority of them,” said Leigh Johnson from University of Cape Town.

According to Venter: “We will never get accurate data. Sex workers have got a raw deal in terms of their legal, occupational and social place. It’s appalling.”

The claim that 60% of sex workers across South Africa are HIV-positive cannot be substantiated by the very limited surveys conducted to date. The available data is old. No national surveys have been conducted. The studies that have been published focused on very specific geographic areas and relied on small sample sizes.

Understandably though, researching HIV-prevalence among the “hidden population” of sex workers is an immensely difficult task. And as limited as they are, the findings of the studies that have been published to date – and the study that is due to be published next month – give a frightening indication of the extent of HIV infections in the cities and communities surveyed. DM