Xenophobic looting: ‘The country must look’ 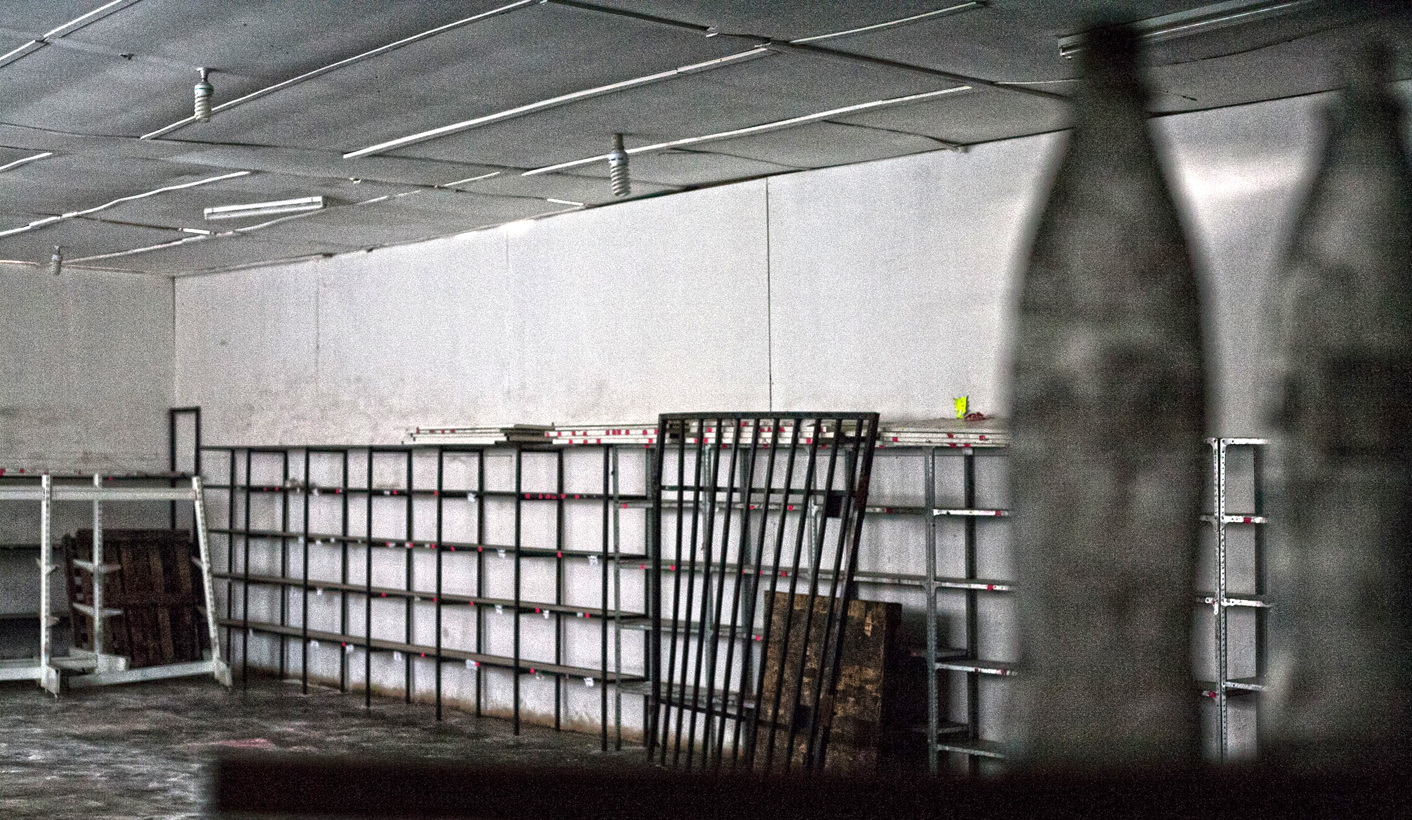 It hasn't become an epidemic yet, but it has spread. Xenophobic looting left Soweto to other parts of Gauteng and even the country over the weekend. GREG NICOLSON & BHEKI C. SIMELANE visit Zamimpilo, where two people were killed and one family hopes to build on what's lost.

“There’s too much gangsters, too much crime around here,” says Selwyn Peters. He’s standing on a road with ruts of mud, washing water, and shit. Barbed wire wraps around the Zamimpilo informal settlement alongside sentries of concrete toilet blocks, maybe a hundred. With their wooden-plank doors, they don’t work. The 35-year-old Peters points to a dozen plastic cubicles; they work. A man passes each, walking across a swamp soaking in shards of plaster and insulation, opening and closing each door, before clutching a piece of torn newspaper from the ground and entering a toilet.

“Stay dirty. Wash at night,” says Peters. There’s no electricity here, next to Langlaagte and not far from the centre of Johannesburg, and Peters won’t let his three children stay, lest they get sick. A hundred metres away, sand covers the blood stains where two people died while a store run by Somalis was looted on Sunday evening.

While there were no reported incidents on Tuesday, the targeted attacks on foreigners’ stores that swept through Soweto last week spread on the weekend. Two people died while looting the store in Zamimpilo and a factory was set alight. A store was burned in Alexandra. On Friday, an Ethiopian shopkeeper was killed in Khayelitsha, Western Cape; on Saturday a Somali business owner in Inanda, KwaZulu-Natal.

At 18:10, Muhammad, 52, got the call. His property opposite the Zamimpilo settlement was on fire. Petrol bombs. He and his children arrived 10 minutes later. The Somalis who rented the space next to his metallurgy factory were already gone and the details are sketchy, but from what Muhammad, a South African who did not want his surname used, gathered, there was an attempted hijacking on the Somali’s car. One of the assailants ran into the shop, but the Somalis fought him off. Then more people came.

By the time he arrived police were parked down the road. The fire brigade came and left when they were pelted with rocks by looters, who arrived when the first assailant was forced back. Muhammad’s son went to move the cars out of their factory, before they burnt. “People were shooting and throwing rocks,” he says, pointing to what looks like bullet holes in the windows. Together, Muhammad and his family tried to put out the blaze. They used 10 fire extinguishers, they say, and the hose. Some people from the settlement helped.

“Not one reporter says these guys had guns,” Muhammad claims, sitting at the reception chair of his factory. The next two rooms were destroyed by the blaze. Some witnesses told reporters the Somalis shot at the looters, killing two people, while the police have said the community may have killed its own. Muhammad and his son remember seeing a dead body. The man fell to the ground and looters took the bag of flour he was carrying and jumped over his body. Another fatality in the week-long war.

Muhammad’s wife Hajira says it was horrific. She arrived on Sunday while her family was inside, fighting the fire. Scared they would die, she went to the many police officers down the road. They asked her nationality, she says, before saying they couldn’t intervene because the looters had guns. Eventually they helped when she said her family could die in the inferno.

“We lost everything, all our files, everything,” Hajira says of the fire, “and then we were looted.” The thieves took just over an hour to clear the large Somali supermarket. Witnesses say they returned in the early morning to ransack the factory’s offices. She speaks surrounded by the stale smell of an indoor fire.

In the street, teenage boys play soccer. One picks up a golden cartridge. “It’s a 9mm,” he says, before they resume the game.

Across the road, inside the settlement, JD Malatji, 25, leans against his spaza shack and says, “The lawlessness that pervades here was the first thing that struck me when I came.” He thought it was a different country.

Jabolile Mncube, 30, stops at the spaza, where a chicken is on the braai. “We’re living in a slum. It’s worse than a pigsty. We have no electricity and the place is filthy. Our kids are exposed to all sorts of stuff like gangs, crime and dirt.” No crèches, no nearby clinics. She claims none of the residents have ID books, many are foreigners from other parts of Africa, and the police prey on this. “It’s a very disorganised place to live in […] These areas will always be fertile grounds for chaos.

“People’s desperation led them to the looting.”

Business Day says a government task team has been appointed to investigate the underlying causes of the attacks on foreigners. Twitter says Gauteng MEC of Community Safety Sizakele Nkosi-Malobane is in Snake Park, Soweto, visiting the family of 14-year-old Siphiwe Mohori, allegedly killed by a foreign shopkeeper last week, who lives on the street where it all began.

Outside her family’s burnt factory, looking over Zamimpilo, Hajira says she woke up this morning realising she needed to do something, to work with the community to address the problems. “It’s the bigger picture and you need to go really deeper […] We need intervention, and serious intervention, where you’re going to build up the self-worth of an individual.

“How are we going to assist the squatter camps? What, as a community, are we going to do to help them? They are deprived and are in a poverty-stricken situation, and if we don’t help them uplift themselves, we’re going to find ourselves in a huge, huge dilemma. It’s generational and it’s going to get worse.”

While the remnants of the blaze are cleared, she continues, “A mob’s got no head, it’s got no brain; a mob attacks – everyone joins in. It’s bigger. There’s no sense into it and they’re saying, ‘Foreigners, foreigners, foreigners’. You’re creating it because of what the situation is.

“There are social and emotional problems and more so because of poverty. There are ways of building people up, ways of ensuring people empower themselves – and being sustainable in that, having a sense of self-enrichment and a sense of self-worth. You can develop it.”

After this incident, where two people have died and a store has been looted in the community where they’ve worked in peace until now, Hajira says it’s unlikely her family will lease the property for another shop. Instead, she wants to speak to the community, use the space to build family values, try to address youth and alcohol issues. Realise the importance of education.

“As a country we must look,” she says. DM

Photo: The inside of the store run by Somali nationals in Zamimpilo; nothing was left behind. (Greg Nicolson)