Eskom’s boiler contractor at Medupi and Kusile defends its reputation 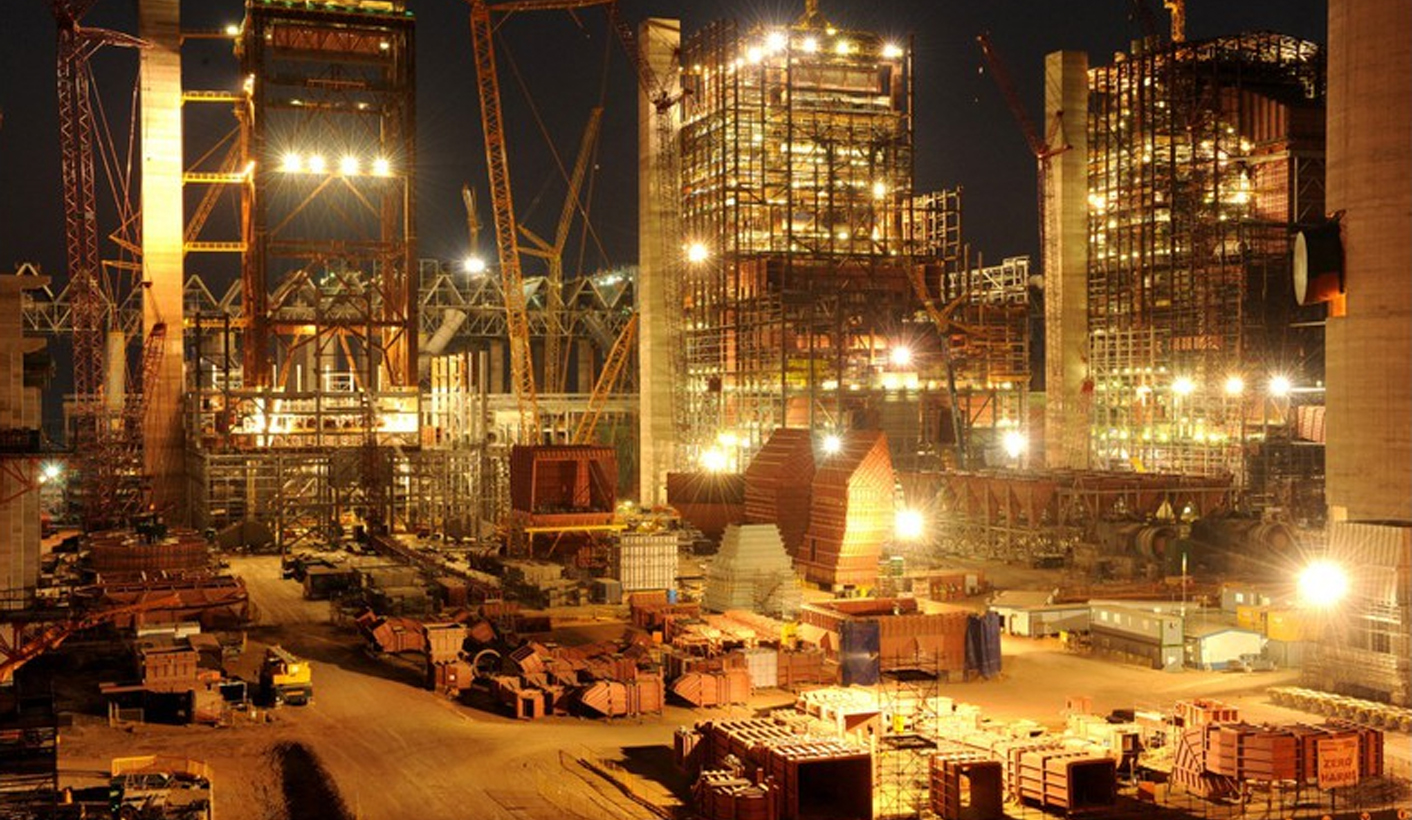 Eskom’s boiler works contractor at Medupi and Kusile has moved to defend its reputation, and to clarify its position in respect of any perceived non-performances in meeting its contractual obligations to deliver steam of the right cleanliness, speed, temperature, pressure and mass flow-rate to the turbines at the power station construction sites. By CHRIS YELLAND.

At a briefing on 23 January 2015, David Milner, responsible for business development and corporate communications at Mitsubishi Hitachi Power Systems Africa (MHPSA) (formerly known as Hitachi Power Africa), refuted any suggestions that the company had incorrectly designed the temporary pipework for blow-through testing at Medupi.

Milner also gave the assurance that, for the high-pressure system, the required levels of steam cleanliness, as measured by the number and diameter of indentations in a defined area on a target plate installed in the temporary blow-through piping, met the contractual requirements specified by Eskom in its contract with MHPSA. He said the company was on the way to achieving these requirements on the intermediate pressure system when the blow-through testing was stopped by Eskom.

Steam blow-through is conducted after chemical cleaning to blow steam through the boiler and associated pipework in order to clean the plant of construction debris, particles, scale and other contaminants, and establish and prove the required steam inlet conditions before connecting the final piping to the steam valve and turbine. Eskom contractual specifications set out the required steam speed, steam turbulence factor and steam mass flow-rate to be used during the blow-through process, where conditions are far more severe than during normal full-load operation. MHPSA says it met all such contractual requirements on the high pressure system.

It would appear that the problems reported by Eskom in achieving the required levels of steam cleanliness at the specified steam speed, turbulence and flow rate conditions during blow-through testing are the result of some “disconnect” between Eskom’s contractual specifications with its boiler works contractor (MHPSA) and its turbine works contractor (Alstom).

A further disconnect between the boiler and turbine steam quality specifications relates to the way in which the steam contaminant particle size diameter is calculated from indentations in the target plate after blow-through. As a result of particles striking the target plate at various angles, some indentations are elliptical and not circular, and in these cases MHPSA suggests that various methods can be used to calculate the contaminant particle sizes in the steam during blow-through testing.

The final area of confusion between the boiler and turbine steam quality specifications relates to the area size on the target plate within which a count is done on the number of contaminant indentations after blow-through testing. The area size is specified in MHPSA’s contract, but a larger target plate area for the count would obviously affect the number of indentations measured.

While the issues detailed above are indeed somewhat technical and obscure, the outcome of the delays in completion and contractual acceptance of the blow-through test results have already caused significant additional fuel oil costs to fire the boiler during the extended blow-through testing period. The 7- to 9-week delay in first synchronisation of Unit 6 at Medupi, due to the extended blow-through and other issues not related to MHPSA, could also result in additional open cycle gas turbine (OCGT) diesel costs being incurred by Eskom. Eskom has indicated that it spends R1- to R2-billion per month on diesel to run the OCGTs in the Western Cape.

The changes were announced by Takato Nishizawa, president and CEO of the Japanese parent company, Mitsubishi Hitachi Power Systems, and reflect an increased role within the South African operation by its Japanese management and technical staff. The company was formed in February 2014, integrating the global thermal power generation systems businesses of Mitsubishi Heavy Industries (MHI) and Hitachi.