Vavi on Guptagate: ‘There can be no worse insult to t...

Vavi on Guptagate: ‘There can be no worse insult to the nation than that’ 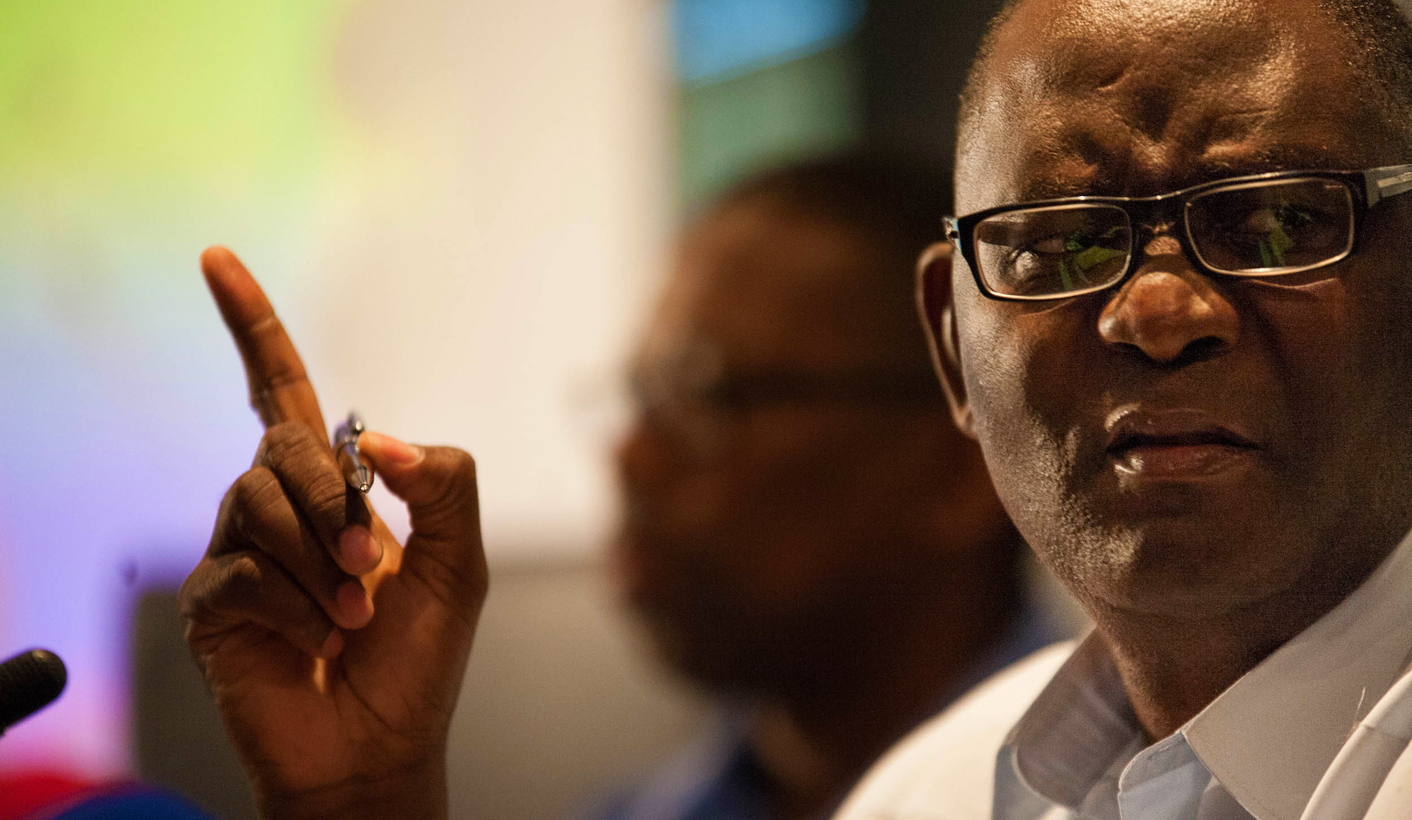 Of all the scandals to engulf our current administration, Guptagate, the personal use of the Waterkloof Airforce Base by the Gupta family, stands out for its sheer effrontery. Atul Gupta was perfectly confident welcoming his guests to the country at the base, no one has managed to point a smoking gun at President Jacob Zuma for the affair, and the only person to take any responsibility was “demoted” to the position of Ambassador to the Netherlands. And yet, it is the symbol of so much that is wrong with our nation. Which means that there are some organisations, like Cosatu, which have to comment on what’s happened, because they’re horrified, and simply because their constituencies drive them there. And there are other people, like Gwede Mantashe, who would rather not comment at all, but their earlier handling of this forces them to do so. By STEPHEN GROOTES.

The political symbolism of this scandal is such that it is now common for those journalists who are not “mindless automatons” to use the phrase “Number One” when referring to Zuma. It’s a name that is used by countless South Africans, in a slightly insulting way, much like “Bob” is used by many Zimbabweans.

However, the real power of this scandal is that it is the textbook example of how Number One escapes any punishment for wrong-doing. This was proven again on Tuesday, when the SA National Defence Union confirmed that charges against two of its members in the Air Force were being withdrawn. Which meant that no one would now actually carry any can of any sort for what was possibly the biggest security breach in post-Apartheid South Africa.

One of the problems with conducting a cover-up is that you really only have two choices: the show-trial, or the complete denial. In this case, the complete denial couldn’t be used, because the landing was public knowledge, as was the police escort of the Guptas’ guests to Sun City.

Which meant that the ANC and others tried to control the outrage, and then create a show-trial. Gwede Mantashe himself put out a statement calling for firm action and the party said it was furious. Jeff Radebe, then Justice Minister and now Minister in the Presidency, was put in charge of an “inter-ministerial task team” to investigate, and said that in this case “Justice must be done, and must be seen to be done”. The show-trial in this case consisted of disciplinary hearings, none of them in public, which resulted in the demotion of International Relations Protocol head Bruce Koloane.

Much more genuine was the comment of Zwelinzima Vavi, then and now, Cosatu General Secretary. He was furious at the time, and condemned everyone involved. However, a lot has happened since April 2013. He personally went through a long period of suspension, Cosatu is now divided, and metalworkers’ union NUMSA has been expelled. His own situation is still perilous, and his opponents, those who seem to support Number One within Cosatu House, still want him out.

So it’s quite something that Vavi still feels confident enough, or perhaps just angry enough, to say on Wednesday that this incident shows how government may be playing us all for fools. He said it was also clearly all a diversion, to move responsibility away from minister to junior officials. He added also that of all the expectations, for us to believe this version, “there can be no worse insult to the nation than that”.

When it was put to him that considering the sequence of events, it appeared as if “the finger of blame pointed to President Jacob Zuma”, his response was, “It’s unavoidable”. This, he said, was because no other explanation had been offered. For him, it’s simple: the landing happened, no one has been punished, we know the context – Number One’s friendship with the Guptas – the fact that he controls all the investigations and the investigators, and we have his previous track record.

In other words, for perhaps the first time since he was reinstalled at Cosatu House, Vavi has blamed Zuma, in public, for being Number One.

Of course, he has a strong argument to back this up. It was Koloane who admitted in a closed disciplinary hearing to wrongdoing, and then became an ambassador. Our ambassadors are appointed by… the President. No member of the Gupta family has been investigated, prosecuted, or punished in any way.

So how could this happen if Zuma wasn’t in fact Number One?

Then there is the response of Mantashe. Just after the landing he issued a strong statement, in his own name, saying:

“We demand that those who are responsible for granting access to land aircraft in our country also explain the basis upon which such permission was granted, particularly to land at Waterkloof Airforce Base. Those who cannot account must be brought to book. The African National Congress will never rest where there is any indication that all and sundry may be permitted to undermine the Republic, it’s citizens and its borders. We again make the call, even at this late hour, to the SANDF to explain how this private aircraft landed at Waterkloof Airforce Base; our National Key Point.”

While it’s usually a good idea to make allowances for the different ways in which we speak, it’s surely impossible to claim that “brought to book” means “demoted to represent our country abroad as an ambassador”.

But, because of the show-trial that was instituted, Mantashe, if asked, does have to comment. And asked he was. He told EWN that he was “satisfied with the outcome, because there was a process, and there was an outcome…we must learn as South Africans to give the processes a chance, and to respect the processes”.

When Vavi’s claim of Number One’s probable involvement is put to him, he claims that “one of the things in this country is that there is an obsession with Zuma. The focus is not on the process, it’s about trying to find Zuma.”

His point is that it’s the people who gave them that right who must be punished. And even though Koloane is now an ambassador, he was still demoted, and therefore was punished.

The sheer weakness of Mantashe’s argument is testament to the nature of this scandal. It’s one thing to call on people to respect processes, when you know that you control the entire process. There’s no difference between the “process” that was followed here, and Zuma just ordering, by royal fiat, that no one be punished. It’s a bit like telling someone to respect the court system to resolve your political dispute with them, when you’ve appointed the judge.

All of this shows us that indeed, once more, Number One is damaging the ANC. For the party to have to tie itself in knots over this, as it has done over Nkandla, once again demonstrates that it is willing to damage itself, and the country, to protect its President. It shows also that clearly Zuma still controls the power structures within the organisation.

But it also shows us that something like this is going to happen again. As Vavi put it, “How do we know that this wasn’t common practice, and hadn’t happened before?”