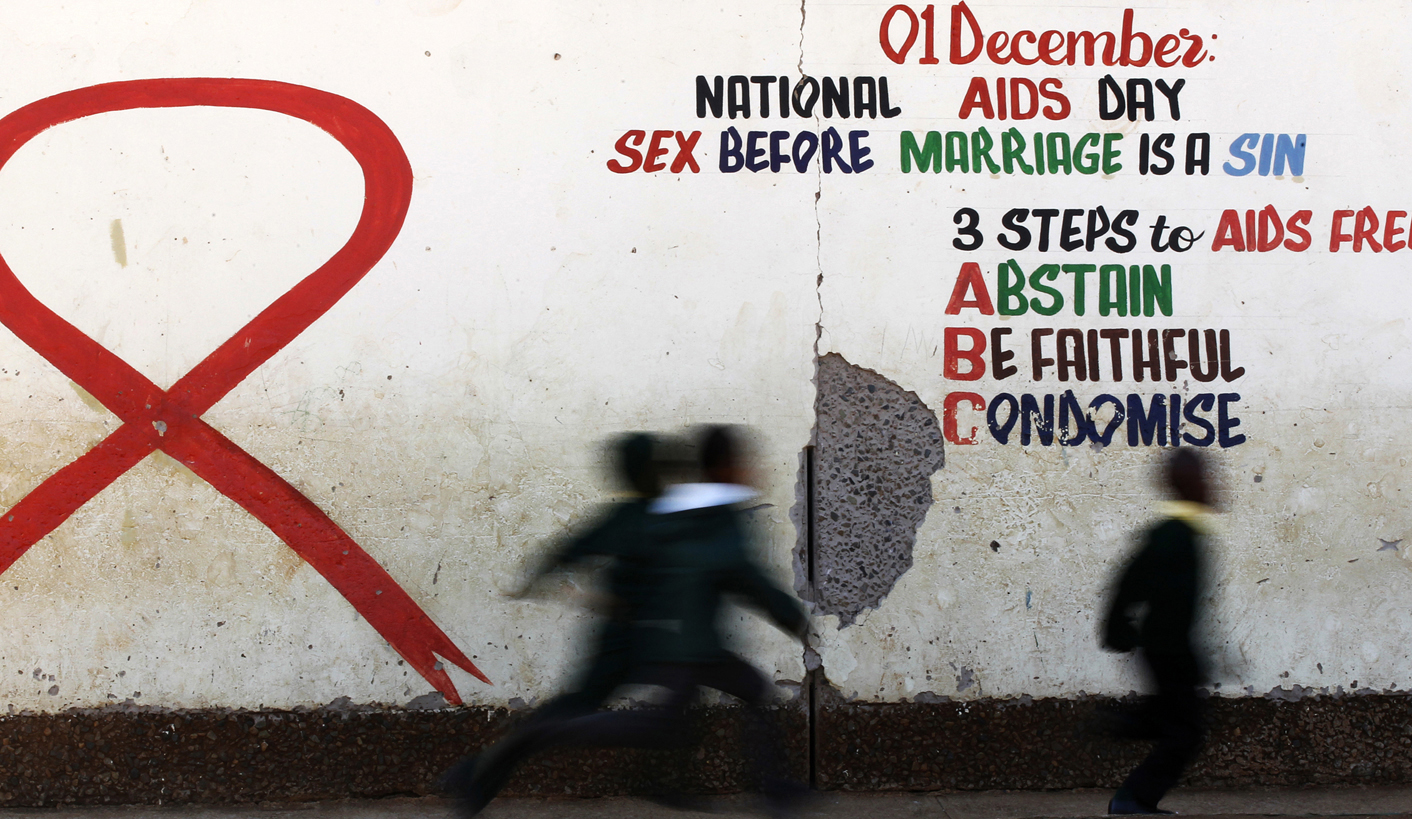 HIV/AIDS educators often seem to enjoy raising an eyebrow at outlandish beliefs over the disease. But in doing so they fail to realise that the joke is on them – these ideas continue to hold sway despite their best efforts. By David Dickinson for AFRICA CHECK.

Progress has been made in combatting the AIDS epidemic in South Africa, particularly in the free provision of antiretroviral drugs. Yet despite the large number of people on treatment, nearly a third of deaths last year were AIDS related and new HIV infection rates are declining with frustrating stubbornness.

Few diseases have had a greater education effort poured into them than HIV/AIDS. So why, after almost 30 years of public health messages do alternative, non-scientific explanations of AIDS continue to circulate?

Former president Thabo Mbeki’s dissident views previously provided a scapegoat when the population failed to believe what they were told by health professionals utilising a barrage of sophisticated communication campaigns. With Mbeki long departed from power, this excuse has worn thin. Yet those of us engaged in HIV/AIDS education continue to pursue an educational exercise that has shown scant success.

Indeed, we often seem to enjoy raising our eyebrows at outlandish beliefs over HIV and AIDS. But in doing so we fail to realise that the joke is on us. How come these ideas continue to hold sway, despite our best efforts?

One problem is how we do research. Typically, we start by attributing alternative explanations of AIDS to myths, ignorance and  backwardness. Then we expect to get honest answers when we probe such beliefs with blunt instruments, typically questionnaires.

My research – on the AIDS beliefs of Africans living in townships, a continuing spatial legacy of apartheid – utilised working class peer educators. Over a six month period they reported back on what they heard, or overheard, about HIV and AIDS in their communities.

The rich, contextualized data collected in this way could be linked to three broad folk theories:

Alongside the “big three” were several lay theories that provided an alternative understanding of HIV transmission and, consequently, of prevention methods.

The piecing together of belief structures allowed the coherence of these different (and competing) theories to come into view. They might not stand up to scientific scrutiny, but their strength does not depend on this.

What makes them contenders for hearts and minds is their plausibility within particular contexts. If, for example, people experience racism in their daily life, racial conspiracy theories about AIDS have a head-start. Their power also lies in their palatability: people would rather hear that they should, again for example, avoid injections from white doctors than follow instructions to condomise.

What this analysis brings into focus is the still limited scientific answer to AIDS. Much as we might hype up scientific progress over prevention and treatment, what is actually needed is something on par to treating syphilis; five days of antibiotics and it’s gone.

Our best offerings for HIV/AIDS still remain incomplete, partial, frequently resented, and sometimes unpleasant. Our pride has prevented us from saying so, but people aren’t stupid. They know that flesh on flesh sex beats wearing a condom and they know that they don’t want to pop pills for the rest of their days.

After categorising alternative AIDS beliefs, I sought to understand how they are influenced by context. Through ethnographic work with HIV-positive township residents I explored the way these people weighed competing explanations – scientific and alternative – in their decisions.

What I found made me increasingly respectful of the adroitness with which people managed competing beliefs in often grim situations. Sometimes this resulted in a skilful compromise that allowed individuals to integrate antiretroviral treatment with the hope that with the hope that religious, traditional and other beliefs can provide, at other times it had tragic consequences. We won’t always like what people come up with, but we need to appreciate their ability to think for themselves if we want our own perspectives to be entertained.

An asymmetric contest is taking place over AIDS beliefs. On one side is the AIDS establishment: the medical profession, science, pharmaceutical companies, NGOs, human rights advocates, and (after Mbeki departed) the South African state; yet this powerful alliance only holds sway in the sphere above the daily reality of life in South Africa’s townships.

On the other side, in townships that lie beyond the ken of most university-educated policy makers, there are a disparate array of theorists: preachers, prophets, traditional healers, and individuals holding court on township street corners and in kitchens.

In between lies a grey area of equivocation. I am now no longer surprised when a nursing sister tells me that God can cure AIDS, even as they run clinic-based AIDS programmes. You just have to ask in the right way.

When an alternative explanation of AIDS rises above the township parapet, say when a church runs a TV advertisement claiming a miraculous cure for AIDS, it is quickly challenged and shut down. But you can go to a myriad township churches and the same message will be openly proclaimed, to acclamation, week after week. The same goes for traditional healers’ ndumba (consulting rooms). Indeed, AIDS “speakeasies” can be found anywhere in the township relaxed enough to put aside public health hectoring.

Once we have a quick and easy cure for HIV/AIDS none of this will really matter. Until then it would be a good idea, for those of us engaged in HIV/AIDS education, to adopt more humility towards the people that we seek to help but do not understand. DM

David Dickinson is professor of sociology at Wits University, Johannesburg. He is the author of A Different Kind of AIDS: Folk and Lay Theories in South African Townships (Jacana/Fanele).

Photo: Children run past a mural painting of an Aids ribbon at a school in Khutsong Township, 74 km (46 miles) west of Johannesburg, August 22, 2011. REUTERS/Siphiwe Sibeko