Zambian elections: This is just a trailer for 2016 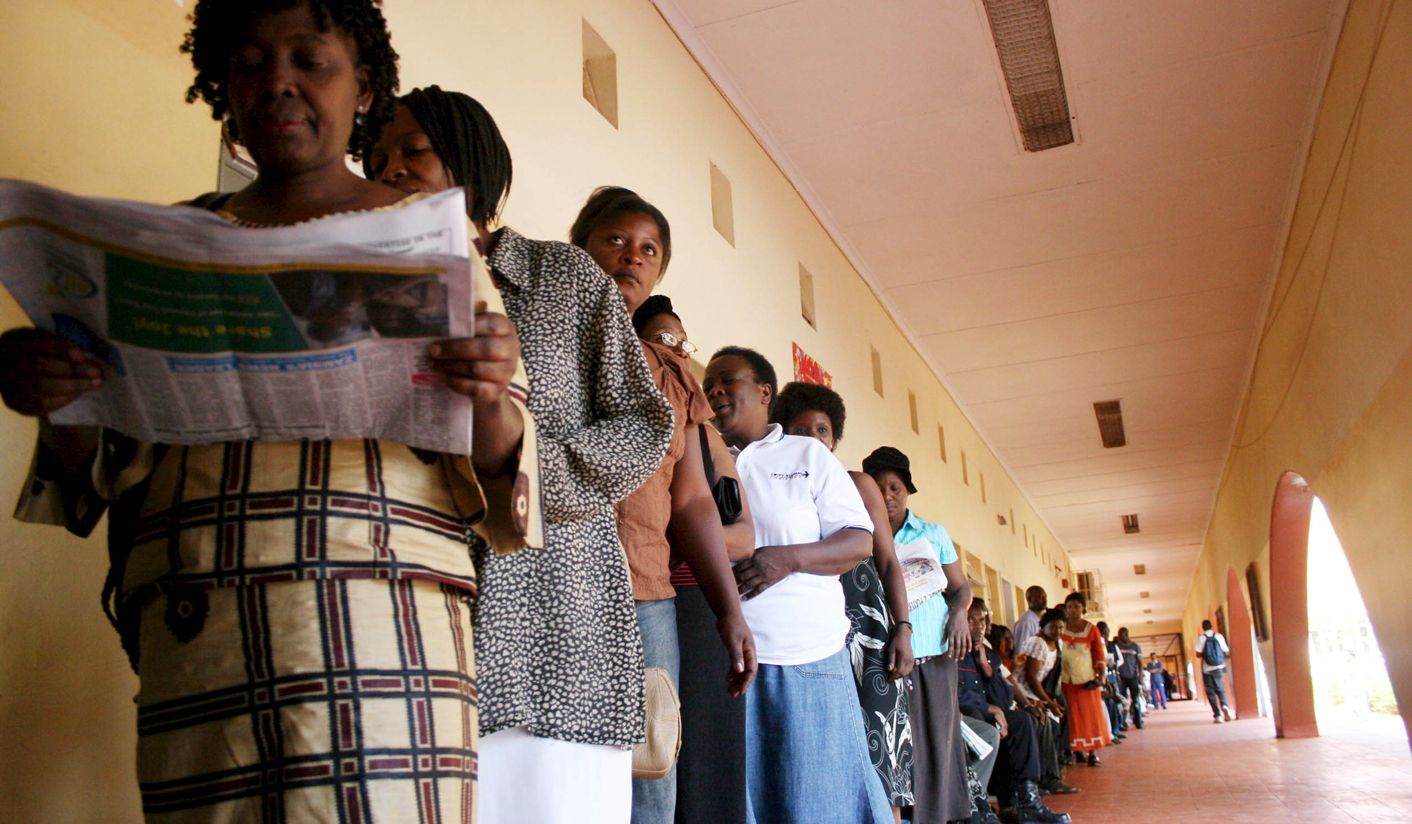 After the late but not unexpected death of President Michael Sata, Zambia must now choose his replacement. There are two main candidates, but whoever wins has the unenviable task of fixing a failing economy, with just 18 months to do so. Already, all eyes on the 2016 election, which really is the main prize. By SIMON ALLISON.

As the two frontrunners in the Zambian presidential election, Edgar Lungu and Hakainde Hichilema may be forgiven a few polling-day nerves as they wait for their countrymen to decide their fate on Tuesday.

The loser, however, can console themselves with the thought that it is far from clear that this is an election worth winning.

Zambians shouldn’t be voting now, of course. The last presidential poll was in 2011, and the next is scheduled for some time in 2016. But the death of incumbent President Michael Sata in October 2014 – after a long and poorly-disguised illness – has forced an earlier vote, shaking up Zambian politics in the process.

Lungu is the ruling Patriotic Front (PF) party candidate, and should be enjoying all the traditional advantages of incumbency. He was defence minister in Sata’s cabinet, and a party heavyweight, and has cultivated a quiet, no-nonsense reputation as a man of the people. His nomination, however, was fraught; bitter infighting within the party nearly scuppered his campaign before it began. In the end, a court had to intervene to confirm Lungu’s candidacy. Despite all this, Lungu remains the favourite to win, albeit only just, helped by the PF’s record on key issues such as raising the minimum wage and the party’s strategic alliances with traditional leaders.

Strong competition comes from Hichilema and his United Party for National Development, who have capitalised on the divisions within the PF, portraying themselves as above such petty political squabbles. They’ve been helped in this by the implosion of the Movement for Multiparty Democracy (MMD), the former ruling party that was expected to be the PF’s major competition this time round. The MMD too was riven by a leadership battle, eventually won by the unheralded Nevers Mumba, leaving the still popular former President Rupiah Banda in the cold. Banda has subsequently endorsed Lungu, while Mumba’s campaign has struggled to gain traction.

“Although Hichilema was not a leading competitor in previous elections, he comes from a unified party that commenced campaigning at a time when the MMD and PF were still mired in ugly internal conflicts. Hichilema is also better funded this time, and is receiving more media coverage than he had in past election periods. Finally, his is the only major party that has not held the presidency and squandered voters’ good will once in office,” observed Kate Hixon, program officer for Freedom House.

For the winning candidate, whoever he may be, a testing time awaits.

The major problem is the economy, which is suffering from the decline in global copper prices. Zambia is the world’s eighth largest copper producer, and relies to an unhealthy degree on the revenue generated by its mines. Recently, interim president Guy Scott’s government tried to boost government revenues by suddenly raising the royalty fees on open-pit mines from 6% to 20% – a move sharply criticised by international mining companies who warn that they may be forced to suspend work in Zambia or pull out entirely.

There are no short-term solutions for the economic malaise, which is bad news for Zambia’s next president, who only has about 18 months until the next election to turn things around for an impatient electorate (this election is to see who finishes Sata’s term, not to begin a new five-year term).

“It is going to be difficult for whoever comes in,” said Tobias Rasmussem, the International Monetary Fund’s representative in Zambia, speaking to the Financial Times. “They are going to either have to backtrack on promises or, if they go ahead with them, they will quickly see a lot of problems, which could feed in to a weaker exchange rate, rising inflation and higher interest rates.”

In most of southern Africa, where de facto one party-rule is the norm, this would not be a problem for the incumbent. But in Zambia – certainly the healthiest democracy in the region, and perhaps on the continent – things are a little different. Here there is a proud track record of voting governments out of office, and there’s no reason to believe that this trend will not continue.

That’s why Wednesday’s vote is little more than a trailer for the main event, which is the election in 2016. Whoever wins 2016 wins five years in office, and the chance to really prove themselves. With this in mind, winning on Wednesday might be something of a poisoned chalice – as all politicians know, 18 months is far too little time to succeed, yet plenty of time to fail. DM