Ubank on it: The ongoing spiral of debt in mining communities 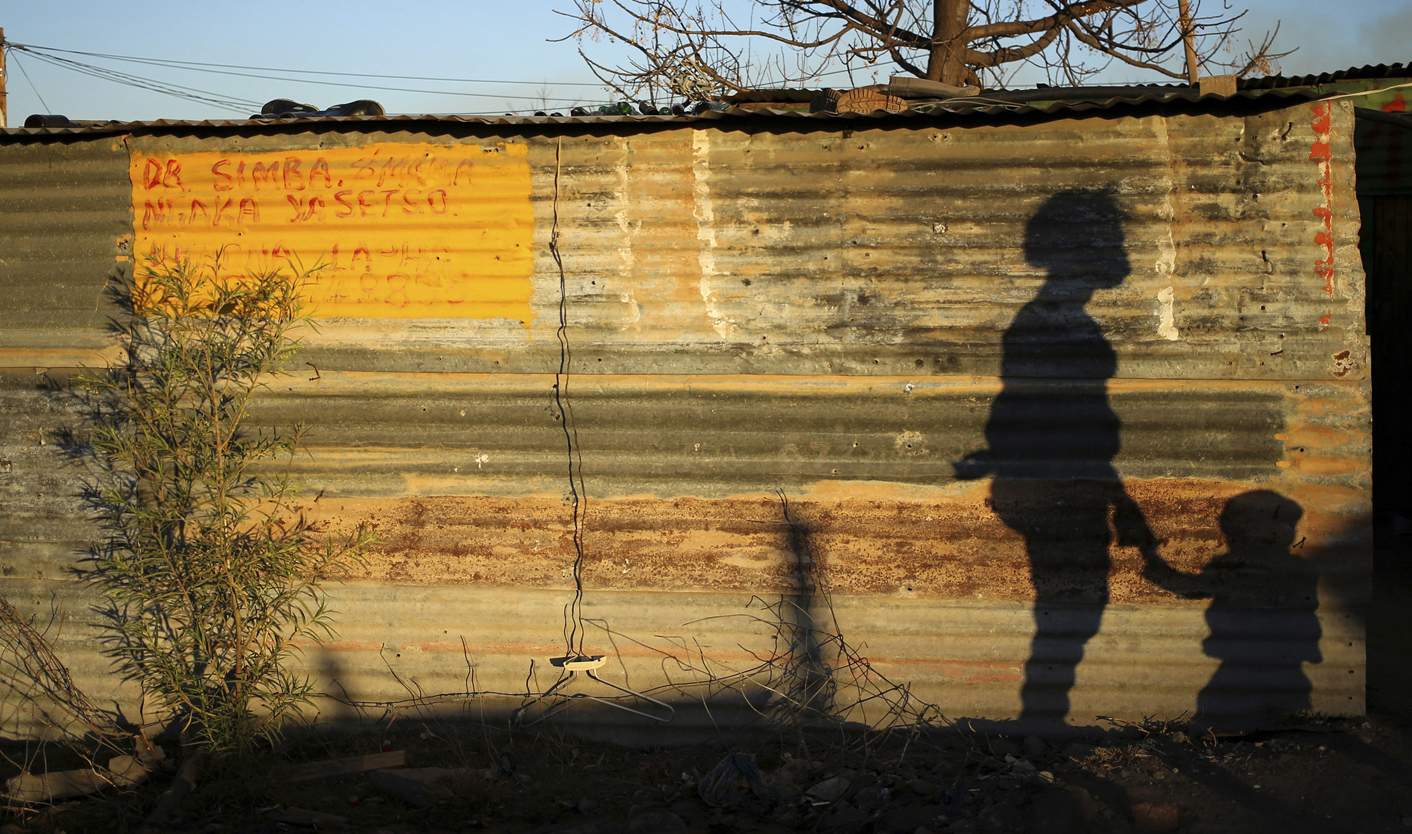 Mining communities are heavily in debt. That's nothing new, listed as one of the reasons for the Marikana Massacre and 2014 platinum strike. But those claiming to represent workers in the matter appear to be entrenching the debt, while employers are trying to confront it. By GREG NICOLSON & BHEKI C. SIMELANE.

Like many mineworkers, Lonmin employee Mvula Mageleu is a client of Ubank. “It’s very good, not the same as other banks, other services,” he said on Monday on the phone from Marikana.

Some mineworkers are scared of bank card fraud and Ubank offers non-card banking, explained Mageleu. “We get a loan, we get a credit […] They follow the correct procedure.”

“Some people don’t understand the procedure, but the consultants always make sure you understand before,” said the 48-year-old. “Here in the mines, many people like it because […] there’s loans, cash loans, funeral plans, everything.”

And yet, on 13 January, Ubank has been referred to the National Consumer Tribunal for violating the Credit Act. According to the National Credit Regulator (NCR), an investigation, which the regulator undertook on its own initiative, found that the small lender had granted credit recklessly; gave credit to consumers in arrears with other credit providers and failed to take their repayment history into account; included initiation fees in the principal debt of unsecured loans; and incorrectly disclosed interest rates.

It sounds typical, almost expected in Ubank’s niche – mining areas. Mageleu says credit is a problem in the mines “because every month there are people who spend more money than they have”. Yet the bank helps workers avoid the problem, he maintains.

Many miners have crippling levels of debt. An Anglo American Platinum employee, who didn’t want to be named or speak about Ubank, on Monday said most of his friends were “deep in debt” and could not keep up with the payments deducted from their accounts each month. The miner is looking forward to June, when he expects another pay rise, because since the last increase “the general lifestyle at the mine and outside hasn’t changed.”

Since the 2012 Marikana strike, miner indebtedness has been cited as one of the key reasons workers who earn a relatively good wage, according to South African standards, are unable to meet their financial demands. Speaking to Daily Maverick on Monday, National Credit Regulator company secretary Lesiba Mashapa said, “As you know, there [have] been some issues in 2012 with mineworkers striking, and allegations being made that one of the reasons is credit being provided to those heavily indebted.” These are allegations, he emphasised – it’s not his place to say.

But Summit CEO Clark Gardner has been working with mining companies, examining their employees’ garnishee orders and financial well-being. “Our analysis shows that the majority of employees have committed more than 50 percent of their net income to debt obligations. This means they have squeezed their expenses already to a minimum but still fail to meet their primarily personal loan commitments,” he said. “This is a cash flow challenge in that the debts are not significant; they are, however, very expensive. To de-leverage this situation with a soft landing will be a key challenge, but left to the regulatory bodies, I fear it may not happen.”

Gardner continued, “The lack of judicial or regulatory enforcement of existing consumer protection laws or the initiating of improved protection has certainly taken a financial toll on miners. Employees on the mines certainly are perfect prey for the unscrupulous lender; their salaries are relatively much higher than other blue collar industries. This, matched with financial ignorance, and the lack of a big brother, has attracted many vultures that have profited from the over-charging of fees and interest, or simply over-deducting from ignorant borrowers.”

In his 2013 essay “Debt, Uneven Development and Capitalist Crisis in South Africa: from Moody’s macroeconomic monitoring to Marikana microfinance mashonisas” the University of KwaZulu-Natal’s Patrick Bond wrote, “[I]ndebtedness was central to the desperation conditions that prevailed at Marikana and so many other mining towns, although all manner of other social, gender, economic, environmental and political factors are also critical. Finance appeared to amplify the underlying conditions of uneven and combined development, the more that became known about the miners’ household finances.” Bond cites multiple reports on how unscrupulous microfinancing and unsecured lending (without underlying assets securing the credit), in his estimation, perpetuates inequalities through indirect coercion through modern finance.

Whatever the theory, during 2012 and the 2014 platinum strikes, miners said they felt exploited by their employers, and added that their income did not go far enough. One reason their pay didn’t last was said to be because of loan sharks. The miners were caught in a cycle of crushingly high interest rates.

But the NCR’s decision to take Ubank to the Consumer Tribunal goes a step further, charging not just informal microlenders and loan sharks, who’ve already faced a crackdown, but also a mining institution. Ubank was founded in 1975 as Teba Cash Financial Services (Teba is the company that for over 100 years has helped facilitate mining migrant labour) to offer basic services to an ignored sector of the banking market. Last year, Ubank CEO Luthando Vutula told Reuters gold and platinum miners comprised 80 percent of its R1 billion loan book. Ubank is owned by Teba Trust, which is jointly administered by the National Union of Mineworkers (NUM) and the Chamber of Mines.

“We have already made it very clear that this legislation has been in place since 2007 and we expect credit providers to comply with all areas of the legislation,” said the NCR’s Mashapa. “As this referral demonstrates, the NCR doesn’t like the fact that there are credit providers lending to consumers who are already struggling to pay other accounts.” While unable to disclose the sample size of the investigation or the extent of the transgressions, he said Ubank had given credit to clients who could not afford to pay – credit that was higher than their disposable income – and charged wrongful initiation fees.

“The reason we are taking action is because we want consumers to have redress,” said Mashapa. Before the matter goes to tribunal, Ubank has a chance to reply to the allegations, and then the NCR has the opportunity for a counter-reply. In the end, the regulator hopes the bank will have to pay a fine (Mashapa would not say how much) and redress for the wrongful loan initiation fees. “It’s not like there is anything secret,” said Mashapa, adding that the tribunal would be held in public.

Ubank’s Vutula disagrees, hitting back across media this week. He claims the NCR refused to engage on the matter, tried to pressure the bank into signing an agreement admitting fault, and attempted to railroad Ubank into improving its struggling image. “There are rules, we stick by those rules. We are not a reckless lender. The relationship that we have with our customers is extremely important,” Vutula told Business Day TV. “It’s very clear what amounts to reckless lending because there is no way that we can give the customer money and they are unable to repay it. And for us, the proof is what the performance of our book is; you look at the quality of our book, the repayments —it is more than comparable.” He says Ubank welcomes the hearing on its practices.

Chamber of Mines spokesperson Zingaphi Jakuja said Ubank was suitably placed to comment on the matter “not individual board members”. But NUM General Secretary Frans Baleni told Daily Maverick the union would meet with the institution soon to establish the facts. So far Ubank has told NUM that the NCR’s claims aren’t factual. NUM is “concerned generally about any reckless lending”, particularly affecting mineworkers, said Baleni.

While the NCR and Ubank battle, an unlikely ally for workers might be their employers. In December, gold producers AngloGold Ashanti, Gold Fields, Harmony, and Sibanye Gold briefed media on their different strategies for improving employees’ financial well-being – from training on budgets to eliminating dodgy garnishee orders. If successful, the initiatives could reduce wage demands and improve relationships between labour and management. Meanwhile, Amplats is taking an administration company and law firm involved in debt administration to court for overcharging. The challenge could alter the system of debt collection for workers.

“My personal view is that the minister of finance could solve this problem with a once-off set-off of retirement savings against unsecured debts,” explains Summit’s Gardner. “The debts are attracting costs of well over 60 percent per annum whilst savings are hardly beating inflation after costs; surely it makes sense to provide a set-off that is well-managed by the more than willing employers. The unsecured debts would not even dent the savings, with our initial guess estimating [that] no more than 10 percent of retirement savings will be impacted. How exciting it would be to eliminate all unsecured debt on the mines, the expensive costs it attracts and the elimination of garnishee deductions.”

How exciting, indeed. One day. DM

Photo: The shadows of a mother and child are cast on a shack in Marikana’s Nkaneng township, August 15, 2013. REUTERS/Siphiwe Sibeko