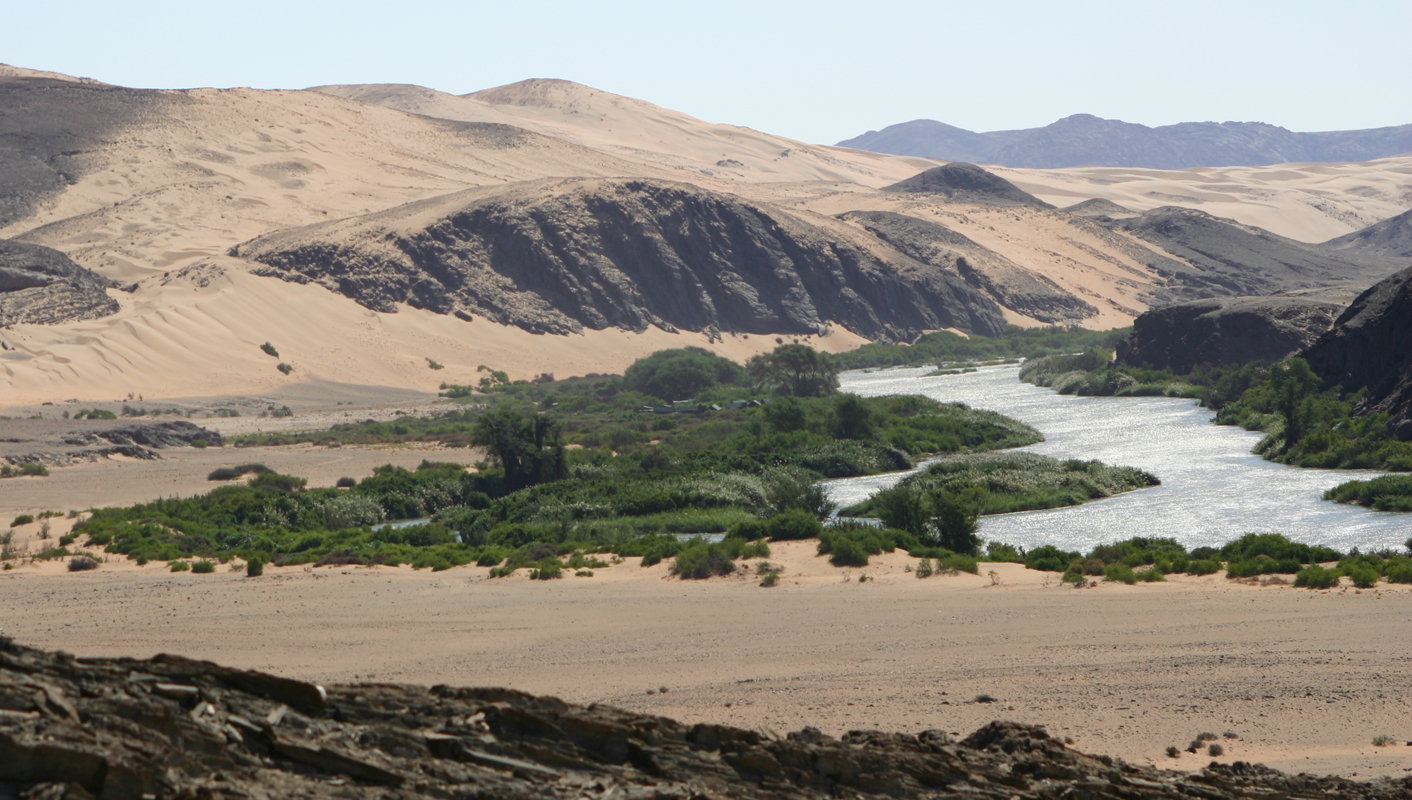 The Save the Rhino Trust (SRT) has launched an internal investigation after the Board was presented with a letter mid-December outlining possible collusion between some staff members and poachers who have killed at least 17 critically endangered Kunene black rhinos since late 2012. The crisis at the SRT is, however, just part of a larger one in anti-poaching law enforcement and natural resource management in the so-called ‘Big Three’ communal conservancies - Palmwag, Abenab and Sesfontein - in Namibia's southern Kunene. By JOHN GROBLER.

An investigation conducted since July 2014 brought to light a complex set of political problems that pits communal farmers and their business associates against tourism and conservation interests, as well as abuse of office by local officials.

“SRT has initiated an internal investigation to look for facts around the poaching cases in the Kunene as they may relate to SRT,” chairman Dudu Murorua confirmed by email earlier this week.

The letter, addressed to former SRT CEO Simson !Uri-#Khob, outlined in technical terms how it was impossible for anyone to be poaching in what amounts to the SRT’s backyard between Khowarib and Palmwag without the active collaboration of people with intimate knowledge of both the rhinos and the extremely rugged area they range in.

!Uri-#Khob since has stepped aside as CEO but remains employed by the SRT, pending the outcome of the investigation currently conducted by veteran game warden Tommy Hall.

In meetings held last week with senior Ministry of Environment and Tourism (MET) officials and some SRT board members at MET’s Windhoek head office, Murorua admitted the letter had “…opened [their] eyes to certain things that were going on that we were not aware of.”

He and other board members acknowledged problems caused by the void left by SRT co-founder Blythe Loutit’s death of cancer in 2005 had snowballed since.

Partly because of the report, the SRT was being restructured as an anti-poaching monitoring outfit, rather than just a rhino monitoring organisation, fellow board member Dr Axel Hartman said.

Hartman also confirmed that he would be taking over the day-to-day running of the SRT as of beginning February.

Director of Tourism Sema Shikongo, who had brokered the meetings as Acting Permanent Secretary during December, also acknowledged that a culture of secrecy was hampering anti-poaching efforts.

The actual numbers of Diceros bicornis bicornis has always been kept secret so as not to attract the wrong attention, but this also served to obscure the true state of affairs of rhino management in the Kunene.

Data obtained from the MET’s rhino experts Dr Pierre du Preez and Pietie Beytel showed that between January 2013 and December 2014, a total of 43 Kunene rhino had died, of which 17 were reported as poached.

This excludes four rhinos poached at nearby Uukwaluudhi Lodge late August, three confirmed cases in the Etosha Park, or any other poaching cases elsewhere.

GPS coordinates of all known poaching cases also confirmed what a six-month-long investigation had established: that the majority were committed in close proximity of a settlement called Mbakondja (“I have struggled” in Herero), close to where the last poaching of two rhinos in 1993 had occurred.

Mbakondja was also a key part of an infiltration route for PLAN guerrillas during the 1980s, locals said. Another former PLAN member, Naftali Mundelele, is being sought for questioning in connection with the Uukwaluudhi poaching cases, sources close to that investigation said.

Former Chief Warden Rudi Loutit, who investigated the 1993 case, said the carcasses were discovered in the mountains near the Komagorras fountain, about three and a half hours’ walk from Mbakondja. His case, however, collapsed when his witness was intimidated into retracting his evidence in court, Loutit said.

Three suspects, who were all either from Mbakondja or nearby Khowarib, walked free: one went on to become a policeman in Opuwo, while the two others were later employed by another local NGO, the Integrated Rural Development and Natural Conservation (IRDNC).

Mbakondja is the SRT’s former camel patrol base and home to several SRT employees. A motley collection of communal farmsteads around a local fountain, it is situated about 60 kilometres north of Palmwag and 15 km west off the C43 trunk road leading through Khowarib and Warmquelle up to Sesfontein.

The 24 December 2012 case also occurred close to Mbakondja, in the same area around the Komagorras fountain. Subsequent to that, rhino carcasses would turn up regularly in the veld after the Mbakondja-based SRT patrol team, responsible for this area for past 20 years, had left the area.

The GPS data of poaching cases for 2013-2014 showed 10 of 17 cases occurred in the area between Palmwag and Mbakondja. Unlike the first case reported at Mbakondja late December 2012 where a hunting rifle was used, the other rhinos appeared to have all been shot with a steel-jacketed bullet, possibly from an AK-47, said Garth Owen-Smith, co-founder of the IRDNC.

Ballistic tests results of bullets recovered from the carcasses were still outstanding from Namibia’s Forensics Laboratory, sources close to the investigation said.

A Himba cattle herder named Tjetuure Tjiumbua (43), who arrived at Mbakondja late 2012, was quickly apprehended and convicted August last year by Opuwo magistrate Elsie Iyambo and sentenced to a seven-year jail term for illegal hunting, as well as fines of N$3,000 for illegal possession of rhino horn and a gun, stolen from a neighbour in Mbakondja.

Tjiumba, in a statement to police later retracted in court, said he was offered a sum of N$30,000 by his employer Efraim Muanyangapo for rhino horn. Muanyangapo owns shops in all the small towns along the C43, and also farms with cattle at Mbakondja. Tjiumba, local sources said, was a guide for PLAN during the liberation war.

Muanyangapo’s family have made use of grazing in Kunene during droughts since the 1980s, a well-placed source said. He also has received several NAMPOL construction tenders, including one for a planned police station at Mbakondja, other sources said.

He also is in business with one Paul Hoa, the MD of Tianshi Health Products who visited the area shortly before the December 2014 case. In addition, he owns a house in Outjo that is often visited by a brother employed by MET in nearby Etosha Game Park, one source alleged.

One of the SRT trackers late December bought a vehicle for N$40,000 – while earning a monthly salary of N$1,000 only. !Uri-#Khob admitted knowledge of this but withheld same information from SRT’s board members, it was subsequently established.

On 21 December, a dehorned rhino cow and calf were poached in an area close to where previous carcasses were discovered in the Aub Valley. Trackers found a set of spoors that led back to Muanyangapo’s homestead in Mbakondja.

Although a large amount of cash was found in Muanyangapo’s car, no other evidence could be obtained by investigators who raided his Mbakondja homestead shortly afterwards, eyewitnesses said.

Contacted for comment, Muanyangapo said he could not hear because of poor cellphone reception. He did not, however, respond to questions texted to him. DM