From drought to deluge: Floods devastate Malawi and Mozambique 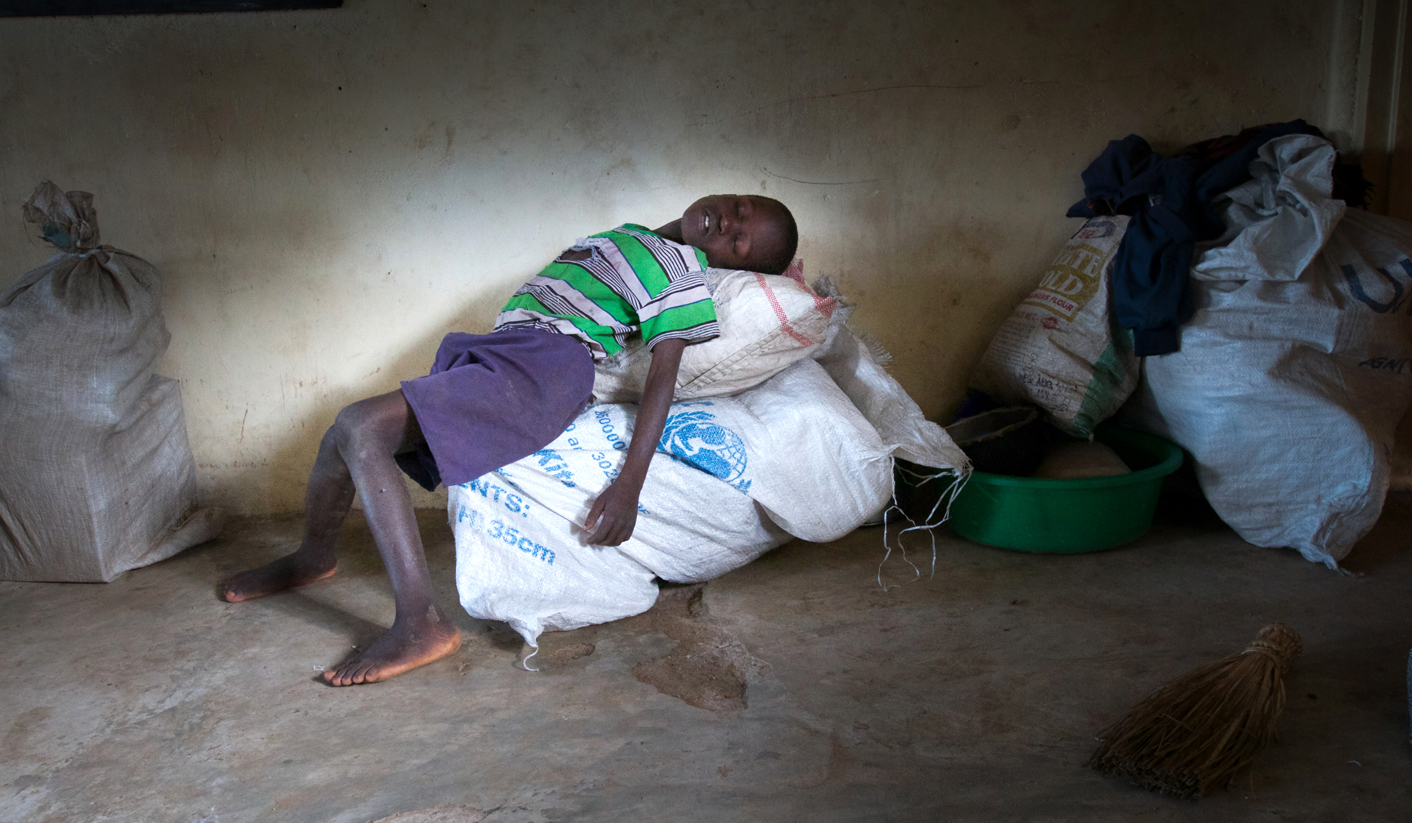 It took a long time for the rains to reach parts of Malawi and Mozambique, but when it did rain, it poured – and poured and poured and poured. SIMON ALLISON reports on the severe floods that have killed dozens and left hundreds of thousands homeless.

The rains were late this year to much of southern Africa, always a worry for rural societies which are still – despite their relative stability and the developmental strides made over the last few decades – largely dependent on small-scale, often subsistence farming.

But when the rains did come, they came too hard and too fast. From famine one day to floods the next. Malawi and Mozambique were the hardest hit, and both countries are struggling to deal with the aftermath of a devastating natural disaster.

The sudden deluge was thanks to the proximity to the region of Tropical Cyclone Bansi, which exacerbated the seasonal rains. Another one, Tropical Cyclone Chedza, is reportedly due in the area on Sunday, raising fears of the situation deteriorating even further, although Malawi’s meteorological department – optimistically perhaps – predicts that this will veer off towards Madagascar, and that rainfall will decrease.

The damage has already been done, however. Rivers burst their banks, houses and entire villages were swept away, and large chunks of land are still submerged – some in under three metres of water.

In Malawi, at least 170 people have died, and this number is expected to rise, while 27,000 households (that’s approximately 135,000 people) have been displaced.

“The floods are behaving like a slow tsunami with the river swelling progressively downstream towards the south and Mozambique,” said Amaury Grégoire, Doctors Without Borders (MSF) head of mission in Malawi, whose team is providing emergency medical care to the displaced. “Most of Nsanje and East Bank are submerged under two to three meters of water, which has transformed these vast plains into a giant lake engulfing houses and bridges. Even though these areas are prone to floods, old people I talked to could not remember events of this magnitude.”

In Mozambique, at least 38 have died, with tens of thousands more though to be displaced. The country’s main trunk road linking north to south has also been badly damaged.

It could have been much worse in Mozambique. In 2000, more than 800 people died and hundreds of thousands were made homeless in Mozambique’s worst ever flood. The government received plenty of well-deserved criticism for its failure to prepare and then to respond adequately – in this part of the world, floods are not unusual occurrences.

Determined to prevent a repeat, Mozambique instituted a detailed disaster-preparedness plan which seems to have helped this time round, although it took until last year to formalize. The government set aside $32 million for disaster relief, and conducted simulations to make sure that the various civil and military authorities knew their roles and communicated accordingly. While accurate assessments of the damage are still hard to come by at this point, it’s reasonable to suppose that the plan helped and prevented more damage.

There was no such plan in Malawi, whose government has been sharply criticised in local media for failing to put any preventative measures in place.

“I think President Peter Mutharika must be commended for declaring the floods a national disaster. This led to early mobilisation of resources and sending of relief and rescue teams to the affected areas,” said Malawian journalist Jimmy Kainja, in comments to the Daily Maverick. “However, this should not mask the country’s unpreparedness for such disasters. Chaotic and destructive rains were forecasted and I’m not sure what mitigating measures the government, through its department of natural disasters, put in place to protect its citizens.”

Kainja warns that the damage from the floods extends far beyond the body count. “It should be noted that there will be economic consequences for Malawi way after the floods are dry. These floods have also destroyed people’s crops, which, given the situation, cannot be replanted…The majority of Malawians depend on rain fed agriculture and nearly half of the districts in Malawi [Malawi has 28 districts] have been affected by the floods. This means Malawi will definitely face food shortages later this year.”

And with the food shortages comes a sharp decline in spending power, as much of the country’s spending money comes from excess harvests, which could damage an already vulnerable economy even further.

According to Doctors Without Borders, the criticism of the Malawian government was not entirely justified – they, like everyone else, were caught out by the sheer scale of the flooding. “Malawi had a preparedness plan in place as it regularly experiences floods in the South of the country. However the problem this time is at a much larger scale than the previous ones. The floods have hit first the most fertile lands, which, in a country where 85% of the population depend on agriculture for their subsistence, are also the most densely populated. People there have been aware for years of the danger but have always refused moving away from their ancestors’ lands, which happen also to be their only means of subsistence. A long term solution needs to take this factor into account, and is therefore difficult to find,” MSF’s Gregoire said in comments to the Daily Maverick. DM

Photo: A young boy sits on food aid after being evacuated during flooding in Chikwawa, Malawi, 15 January 2015. The Malawi government has declared half the country a disaster zone after torrential rains killed at least 48 people, left 70,000 homeless, and destroyed bridges and roads. EPA/ERICO WAGA