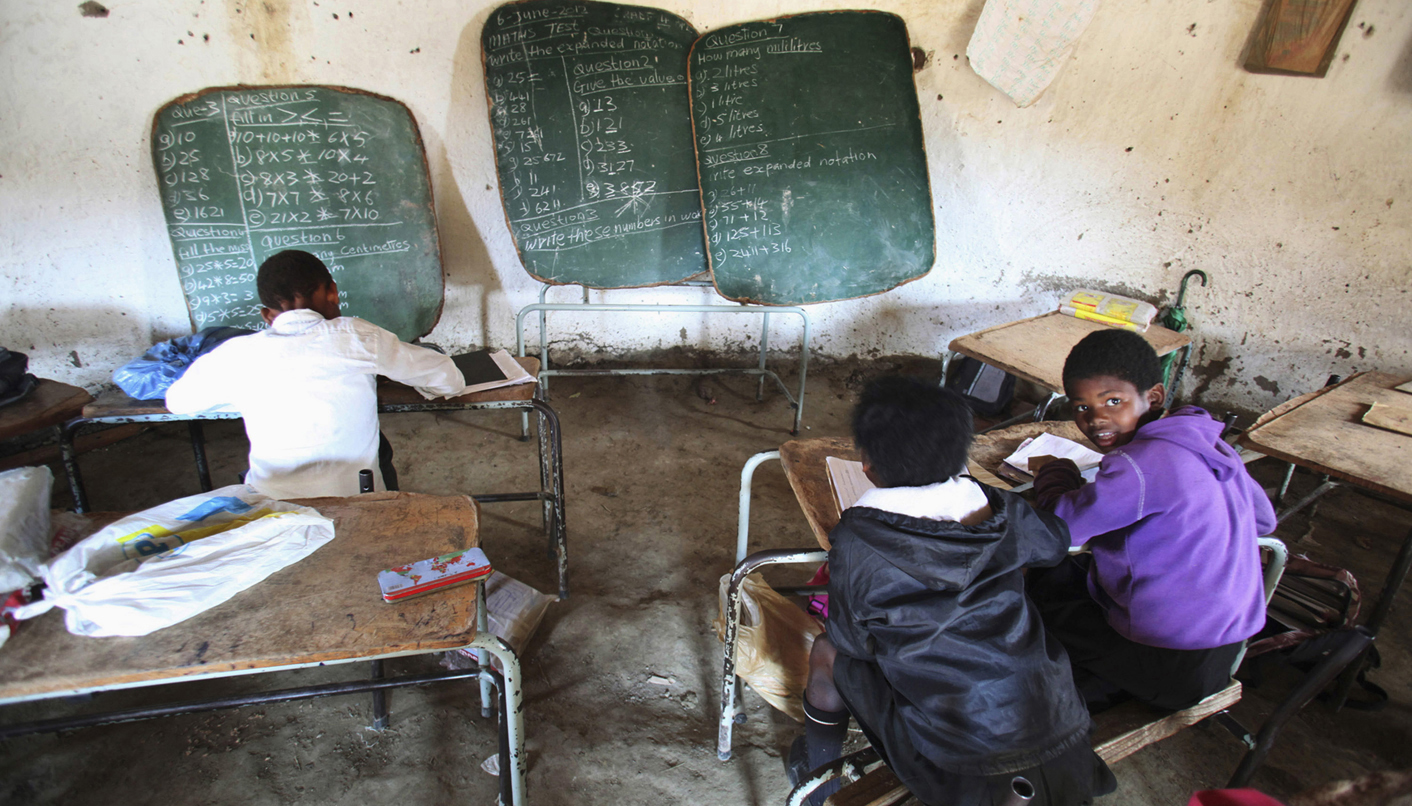 It’s not enough merely to look at our matric results and pass rates. The really important question is what is happening at primary school level, where there seems to be a critical dumbing down. What gives? By PIPPA GREEN.

Nearly a century ago, primary school children were confronted with this maths problem: “A man buys 2½ gross of bicycles at £27:16:7½ each. How much does he have to pay?”

The sum, from a 1917 example, required at least four steps, says University of Stellenbosch Economics Professor, Servaas van der Berg. One gross was 144, so pupils (as they were then) had to multiply 144 by 2.5, then convert the pounds, shillings and pence to pence, multiply those by the first sum, then convert back to pounds.

Today the questions are simpler: “Pam has R40; she spends R28. How much money does she have left?”

But only 24% of Grade 5 learners could answer that, according to Van der Berg. And if language was the problem, it doesn’t explain why only 14% of Grade Fives could subtract 7 from 105.

Van der Berg has done extensive research on the quality and outputs of South Africa’s education system. Much of his work feeds into the Carnegie Commission into Strategies to Overcome Poverty and Inequality, as well as REDI, the Research Project on Employment, Income Distribution and Inclusive Growth. Both aim to provide empirical evidence that can shape policy. He presented both these examples in a paper he gave late last year at a Carnegie Commission workshop at Stellenbosch University.

Education, he says, is a critical determinant of success in the job market. And the failure of the school system is central to the failure to increase employment and reduce inequality.

Last week, when the matric results were released, much was made of the fact that the pass rate had declined since the previous year. But about 4,000 more learners wrote matric last year than in 2010, so over the longer term, the number of matriculants has increased.

“We are not doing badly in terms of those who stay in the system, and this has to do with children remaining longer in the system and persevering. That’s good news. More people remain at school longer and achieve matric,” said Van der Berg in an interview.

“The problem is the many who fall out along the route, and those who scrape through. It might have a lot to do with what goes on before high school.”

South Africa’s education reflects poorly in terms of TIMMS (the Trends in International Mathematics and Science Study) and PIRLS (Progress in International Reading and Literacy Studies). We are second-last (to Honduras) in a measurement of Grade 8 maths ability in 45 middle-income countries. And out of 15 Southern and East African countries, we come ninth in terms of reading ability. If we were to take just the poorest quarter of learners, we do even worse: 14th for reading and 12th for maths.

According to Van der Berg, of the 1,2 million learners enrolled in Grade 1 in 2002, slightly less than half passed matric in 2013.

Research by REDI and SALDRU has shown that this can be devastating to employment prospects. As much as sceptics may question the value of matric, the numbers show that it substantially increases the chances of getting a job. This is in spite of worsening labour market conditions. Economics professor, Murray Leibbrandt, the director of SALDRU (and of REDI), has overseen extensive surveys that chronicle the fate of those who reach different levels of education.

In the third wave of this survey, known as South Africa’s National Income Dynamics Study run in 2012, researchers tracked young people who had left high school in 2008. Of those who left at the end of Grade 10, more than two thirds were either unemployed or in that condition of hopelessness known as a NEET (neither employed nor in education or training). Of those who passed matric, nearly 30% were in tertiary education and slightly more than that were employed.

“School may be a poor reflection of your potential,” says Leibbrandt. “But that doesn’t mean you shouldn’t stay at school.”

The repetition rates are high throughout school, particularly in secondary school. But so are the drop-out rates and this augurs badly for those young people’s chances on the job market.

If matric launches school-leavers into tertiary education, the chances of finding employment – and better-paid employment – are substantially better than for those with matric. SALDRU researchers have found, by examining various birth cohorts from the mid-1940s to mid-1980s, that “in the youngest birth cohort… the average person with a tertiary qualification earns two to three times more than a matriculant and is up to 20% more likely to find employment.”

What does this all mean? “Matric still matters a lot,” says Van der Berg. “Umalusi [the matric monitoring body] is doing a fair job. But what used to happen is that most of the children who got to matric were relatively well prepared and did well. Now most of the people passing matric are barely scraping through. This gives the impression that matric is a weaker qualification, which is not true.”

More crucial, in policy terms, is the foundational first four years of schooling – the time when children should be learning to read, write, add and subtract. But this is not happening in the poorer schools.

In his paper for the Carnegie workshop, Van der Berg said more than three quarters of Grade 3 teachers were not confident that most of their students could correctly answer “2 times 4.”

We still don’t know, he says, whether it is because teachers can’t impart the knowledge or because they won’t. But it is clear that our school system performs “dismally” and that little work gets done in classrooms.

If matric is the first step to employability, then what happens in primary-school classrooms is fundamental to changing lives. DM

Pippa Green is a journalist and communications manager for REDI, an independent national research programme that investigates the causes and dynamics of unemployment, poverty and inequality and aims to provide input into policy. It is managed by SALDRU at UCT and funded by the National Treasury.