Analysis: Is China really the bad guy in Africa? 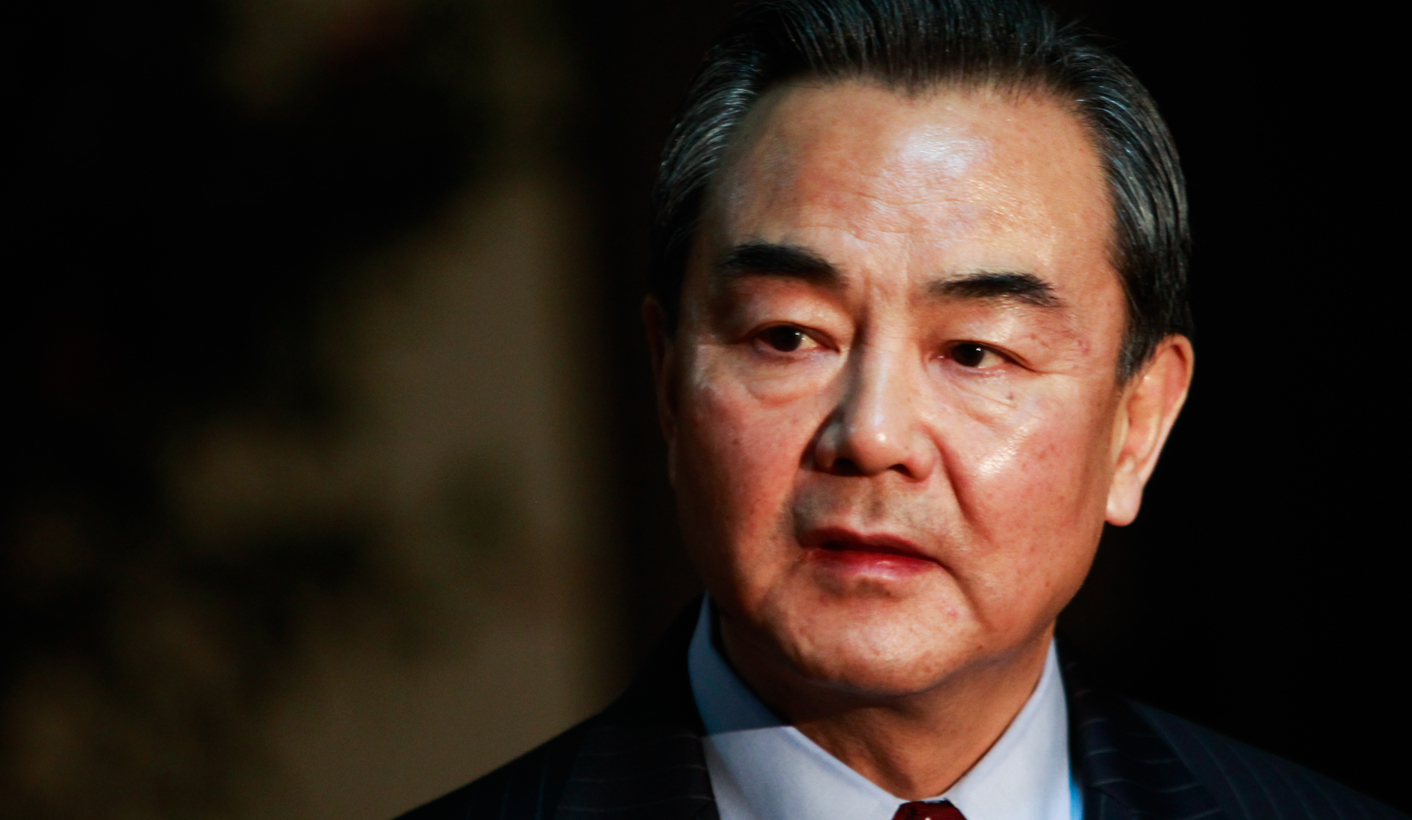 According to foreign minister Wang Yi, when it comes to Africa, China’s intentions are entirely benevolent. It cares about Africa’s environment, it cares about Africa’s long term interests and it certainly doesn’t harbour any nasty neo-colonial intentions. He would say that, of course. But how wrong is he really? By SIMON ALLISON.

Welcome to Africa, foreign minister Wang Yi. The Chinese envoy is in the middle of a whirlwind five-nation tour of the continent, on an itinerary that includes Cameroon, the Democratic Republic of Congo, Equatorial Guinea, Kenya and Sudan.

He’s here to deliver a reassuring message: that China is not the bad guy we all think it is.

But just how reassured should we be? Forgive us for being sceptical, Mr Minister, but China’s record so far doesn’t exactly match those lofty standards (especially on the environmental issue, where China’s record of remarkable industrialisation at home has been accompanied by widespread environmental devastation).

“Chinese defence against ‘neo-colonialism’ is nothing new; several Chinese presidents, ministers and ambassadors have been refuting this claim as long as (particularly) western critics have been making it,” said Anthony. “The part on ecological environmental protection is something which is becoming more prominent in Chinese high-level official responses to their presence in Africa. For instance, earlier this year, Chinese premier Li Keqiang’s visit to Africa was accompanied by a 10 million dollar anti-ivory initiative – something not done before. This is probably part of China’s growing green awareness within its own country but is also reflective of the growing environmental strain which Chinese investments (as is the case for other large international investors) are having within Africa (i.e. in mining, forestry, illegal wildlife products).”

“Those are wonderful sentiments, but they don’t really stand up to scrutiny. On the many projects I’ve visited on the continent being built by Chinese state-owned enterprises – which is to say companies executing Chinese foreign policy whims – the environmental assessments have been poor or non-existent. For the foreign ministry’s statements to have any resonance, Chinese state-owned enterprises need to transparently adhere to global best practices, or spare us the rhetoric. I’m not saying the Chinese are ‘worse’ than those from whom the foreign minister is distancing his country. I’m saying they’re no better, until they prove otherwise.”

On the political front, there’s an element of truth to the rote denials of China’s colonial intentions: China’s entry into Africa in recent years has been facilitated by its oft-stated policy of non-interference in the internal affairs of African countries, and publicly this has generally been implemented. One exception is the recent deployment of 700 Chinese soldiers to act as peacekeepers in South Sudan – an entirely altruistic act, apparently, despite the large Chinese investment in that country. “China’s mediation of South Sudan issues is completely the responsibility and duty of a responsible power, and not because of China’s own interests,” said minister Wang, at a separate news conference in Sudan.

But even if we assume that there is no hint of neo-colonialism in China’s involvement in Africa, it does not necessarily follow that China’s motives are pure, nor that Africa will benefit from its presence here.

“What I have witnessed, from talks with academics and business people, is that the relation seems to be placed on a more equal level, on the basis of mutual interest,” commented Gaia Manco, a freelance journalist who splits her time between Johannesburg and Beijing, and who is a specialist on the China-Africa relationship. “The key interest is making business, and more precisely trade. So China might not be here to exploit [just] African resources, but they are certainly here to sell Chinese products and technology, and I will not expect Chinese business to care about any African long-term interest, such as the establishment of African factories and businesses.

“So yes, Chinese rulers and businesspeople might be right when they don’t see themselves as colonialists, but does this mean a benefit for Africa in the end? I am afraid not, but I hope to be wrong.” DM