I am Charlie, but I am Baga too: On Nigeria’s forgotten massacre 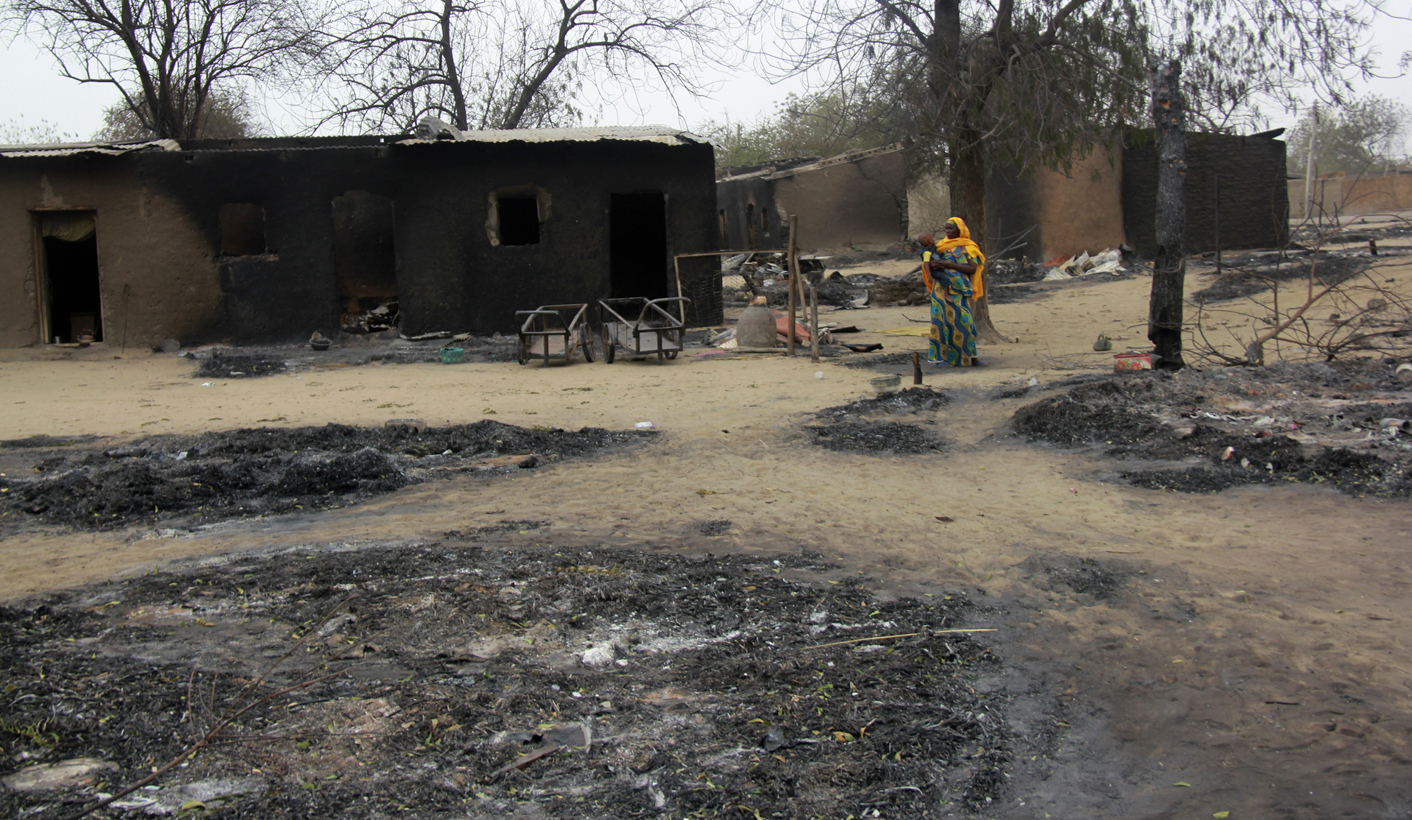 If you thought 17 dead in Paris was bad enough for one week, you were wrong. In Nigeria, more than 2,000 people are feared dead after Boko Haram launched its deadliest-ever attack on a strategic north-eastern town. But where are the solidarity marches, the passionate editorials and the international condemnations? Some lives, it seems, are more valuable than others. By SIMON ALLISON.

For that, we must head to Nigeria, and to the town of Baga – or at least to the spot on the map where Baga once stood, because there’s not much left of it now.

Reports of the massacre there are necessarily hazy; the nearest journalists are hundreds of kilometres away (even there, they are not particularly safe), and information comes almost exclusively from traumatised refugees and unreliable government sources.

Still, enough facts have emerged to know that something terrible happened here; something apocalyptic.

Baga is in north-eastern Nigeria, on the border with Cameroon. It is no stranger to massacres. In April 2013, nearly 200 people, mostly civilians, were slaughtered by the Nigerian armed forces in a military offensive designed to push out Boko Haram. This, however, was just a teaser. A taste of the horror that was to come.

Over the course of five days, beginning on Saturday last week, Boko Haram fighters entered the city with Nigerian soldiers fleeing before them, and destroyed it and anybody that was too slow in escaping – men, women, children. “The whole town was on fire,” said one eyewitness, while others speak of roads lined with corpses. The body count varies, but Amnesty International cited reports suggesting it could be as many as 2,000 deaths – or the rough equivalent of 133 Charlie Hebdo attacks.

Whatever the exact number, it was Boko Haram’s deadliest attack yet. And one of its most significant: by taking charge of Baga and its important military base, Boko Haram effectively controls Borno state in its entirety. These aren’t just terrorists: they are becoming a de facto state.

The Baga attack wasn’t the only man-made tragedy in the country, either. This Saturday, a young girl – first reported to be 10 years old, but now thought to be mid- to late-teens – approached a busy marketplace in Maiduguri, the capital of the north-east. She was strapped with explosives, and as security approached her the device detonated, killing at least 16 people. It’s unclear whether she set off the bomb herself, or even whether she knew she was wearing a suicide vest. Although Boko Haram have not directly claimed responsibility for this attack, there are no other credible suspects.

In normal circumstances, we could describe this as an act of astonishing brutality. But there’s nothing astonishing about it. Instead, it’s all wearyingly familiar, and demonstrates yet again how little protection the Nigerian state is able to offer its long-suffering citizens.

Nor are the Nigeria attacks even particularly newsworthy. Worldwide, the Baga massacre barely merited a mention alongside the flood of coverage devoted to Charlie Hebdo. It certainly didn’t generate any special edition front pages or passionate editorials. Even in Nigeria, to the media fraternity’s shame, the 15 deaths in Paris got more press than the hundreds and hundreds at home, according to media analyst Ethan Zuckerman, who also pointed out that Nigerian President Goodluck Jonathan expressed sympathies to the French government but said nothing about Baga.

It may be the 21st century, but African lives are still deemed less newsworthy – and, by implication, less valuable – than western lives.

There are plenty of excuses for this, of course. There are no dramatic visuals from Baga. It is difficult to understand, and the situation doesn’t fall neatly into the clash of civilisations thesis that makes for such a compelling narrative (it’s inconvenient to acknowledge that, overwhelmingly, Muslims are the biggest victims of Islamic fundamentalism). It was not an attack on journalism itself, as Charlie Hebdo was, and therefore didn’t tug at the heartstrings of editors everywhere.

Still. Still. More than 2,000 people died, and the world stayed silent. Worse, Africa stayed silent. There’s plenty of hypocrisy on this continent, but the worst egregious example of recent times was the presence of Gabonese president Ali Bongo Ondimba at the massive solidarity march in Paris on Sunday. Here was an African dictator campaigning for freedom of speech in France, while vehemently and at times violently clamping down on a free press at home. Here was an African leader taking the time to stand in support of the French victims, while ignoring the many more on his own continent.

So, yes, we are Charlie. But until we are Baga too, our outrage and solidarity over the Paris massacre is also a symbol of how we as Africans neglect Africa’s own tragedies, and prioritise Western lives over our own. DM

Photo: Baga in 2013 – A woman carrying a child stands near burnt houses in the aftermath of what Nigerian authorities said was heavy fighting between security forces and Islamist militants in Baga, a fishing town on the shores of Lake Chad, adjacent to the Chadian border, April 21, 2013. REUTERS/Stringer