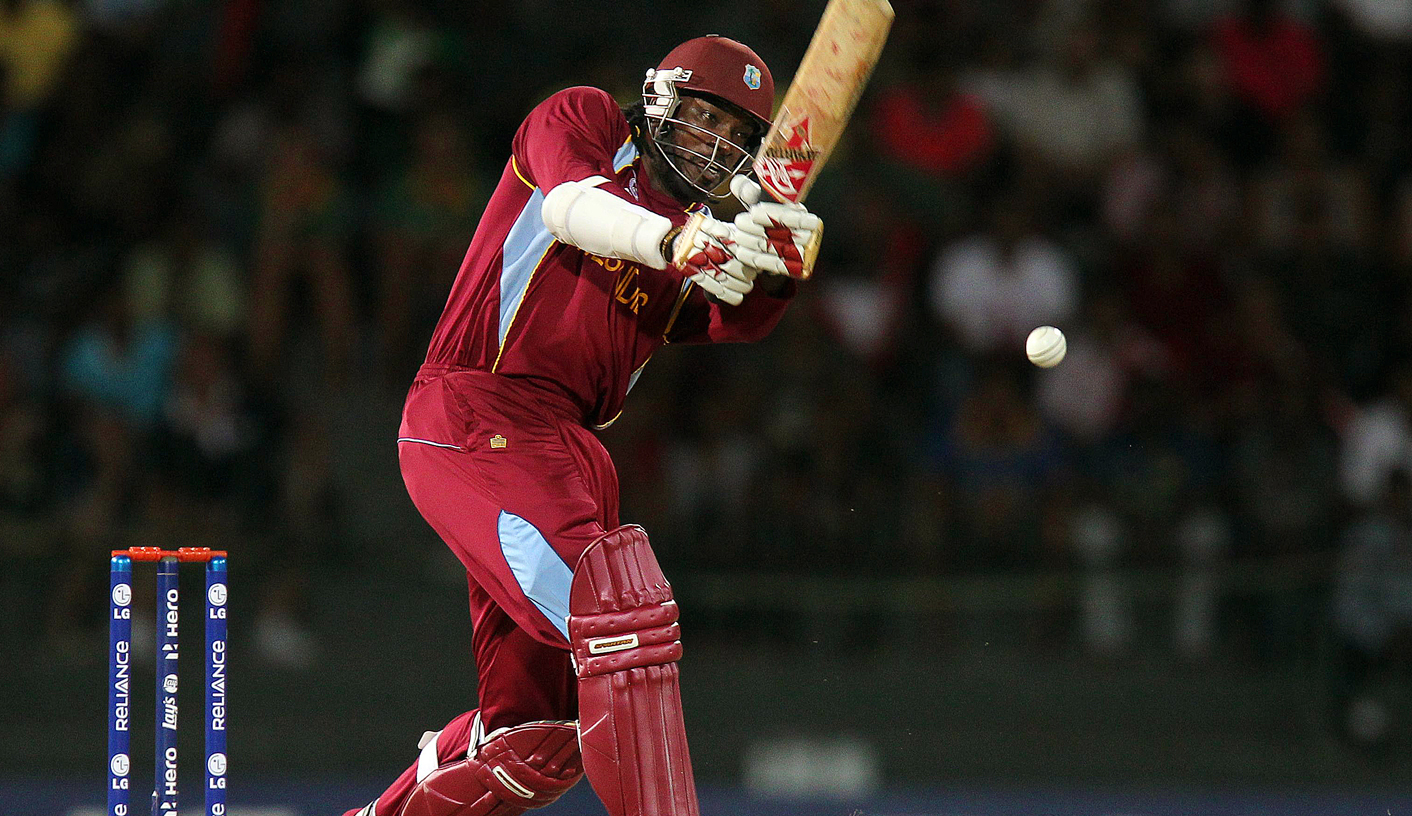 Three words: Christopher Henry Gayle. The name is enough to leave opposition bowlers quivering in their boots and drawing straws to pick up the ball. After two T20s against South Africa in as many days, it’s Gayle 2, South Africa 0. By ANTOINETTE MULLER.

In one of the most extraordinary displays of T20 batting, Faf du Plessis smashed 119 off 56 balls to help South Africa post 231-7 against the West Indies at the Wanderers on Sunday. His efforts, however, were not enough, as the visitors beat South Africa by four wickets, completing a record T20i chase.

The men from the Caribbean won by four wickets with four balls still to spare as South Africa was, once again, blown away by Chris Gayle and Marlon Samuels. Yet much of their downfall was their own doing.

The gloss was taken off Du Plessis’ tremendous effort thanks to the disease of bowling short. It’s a disease from which South Africa’s limited overs bowling unit has suffered for a number of years and on Sunday, it was terminal.

With a massive target on the board, South Africa’s bowlers had every opportunity to try out something different. Instead, they persisted with bowling the perfect length for Gayle and Samuels to put away. Equally perplexing was their conservatism in persisting with pace throughout those overs, despite evidence during the West Indies’ innings – and in most T20s – that pace off the ball is the best strategy when bowlers are getting flogged.

The error of their ways was most evident during the two teams’ Power Play overs. Despite a few wickets falling, South Africa smashed 69 runs in the batting Power Play. At the time, it looked extraordinary, but whatever the Proteas can do, Chris Gayle can do better. The Windies whacked 86 runs in their first six overs. That set the tone for a remarkable chase where Gayle, once again, was the key. The big man hammered 90 off 41 balls, including nine fours and seven sixes. In the first T20 at Newlands on Friday night, Gayle mostly picked on Kagiso Rabada. At the Wanderers, only Imran Tahir managed to keep a lid on his scoring to some extent. Tahir was the only bowler who managed to keep Gayle’s strike-rate below 190.00.

Samuels’ supporting role was equally impressive. He contributed 60 off 39 and although he was stifled at times, Samuels held his nerve and continued his good run of form on this tour. The Windies started to wane towards the end of their chase, but the Gayle-Samuels duo had done more than enough to ensure victory.

Ordinarily, exposes such as these will be billed as ‘greatest ever’ clashes, but South Africa’s bowling was simply too poor for it to warrant such a tag. It did, however, feature some extraordinary batting. South Africa’s captain started it, David Miller continued it and the West Indies finished it off.

The most remarkable part of Du Plessis’ knock was, perhaps, that it showed once again just how adaptable he is. In Test cricket, he is quite happy to stand around blocking double the amount of balls he faced for his hundred. In T20s, Du Plessis leaves no bad ball unstruck. His fitness, too, is extraordinary. Despite looking like he might regurgitate his lunch at some point, Du Plessis did not once play a lazy or tired shot. Barring the dubious running between the wickets, Du Plessis played the perfect knock. For a large part of his innings, he was well supported by David Miller, who strolled to the crease in the third over. Miller hit 47 off 26 in a knock which included a six that landed on the golf course. It was a brief exhibition of what he is capable of, but has not yet done in international colours.

Before a World Cup, these are exactly the kind of knocks South Africa’s World Cup contingent needs, but there is also the downside.

Worryingly for South Africa, two of their World Cup players have performed woefully in the last two T20s. Farhaan Behardien and Kyle Abbott both struggled. While Abbott is unlikely to feature too much during the World Cup, barring injury to any of South Africa’s frontliners, his control and execution has been poor. Behardien, who could slot in as a regular, has looked equally out of touch, in complete contrast to his domestic form. Both put in a better showing during the first T20 on Friday, but neither has done enough to prove that they are the X-Factor player that could make all the difference to South Africa’s charge.

One T20 and five ODIs remain to fine-tune the formula South Africa will bank on to help them exorcise the ghosts of World Cups past. Luckily for them, the heavily cavalry will be called in when the formats switch to 50 overs, but first, there’s one more T20 in Durban to get through. The forecast is cloudy with a chance of Gayle force winds. DM