The most influential African in the world today 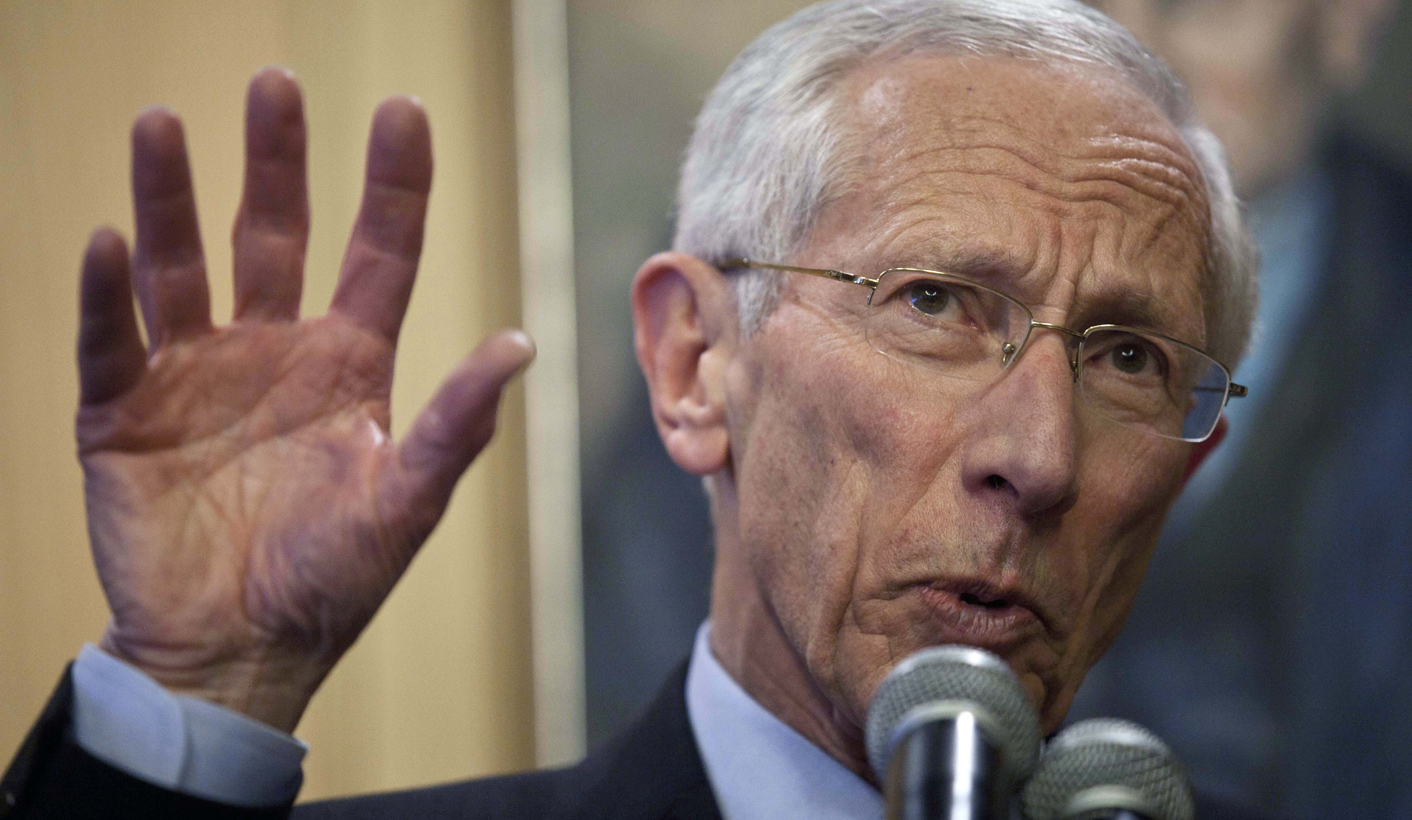 In thinking about the crucial importance of economics in managing the fate of nations, J. BROOKS SPECTOR got to wondering about who might be the most influential African today. The answer could surprise readers.

Okay, now here’s an interesting question for you to consider at the start of 2015. Who is the globe’s most influential person, born of Africa, and very much alive today?

How about an prominent industrialist such as Aliko Dangote, Mo Ibrahim, or Nicky Oppenheimer – or maybe an entrepreneurial innovator like Elon Musk? Perhaps it might be a government figure like President Ellen Johnson Sirleaf or Nigerian finance minister Ngozi Okonjo-Iweala, or even South Africa’s own Jacob Zuma or Cyril Ramaphosa? Or what about the shadowy leaders of Al-Shabaab or Boko Haram?

These are all interesting names, perhaps, but their respective spheres of influence seem largely limited to some rather narrow issues or activities. Maybe, then, a renowned writer like Ngugi wa Thiong’o, Naguib Mahfouz, or Wole Soyinka, perhaps, is one of those the right choice? Or even, say, Benoni-born, US-based actress Charlize Theron? Interesting guesses, all of them, but wrong – each and every one of them.

The correct answer is, a little drum roll please, Stanley Fischer. Who’s that, did you say? Fischer is the recently appointed deputy chair of America’s Federal Reserve Bank. He took up this position following an already illustrious career as an economics professor and theorist at two of America’s finest universities, as a senior official at the International Monetary Fund (IMF), and even having served an award-winning stint as the head of Israel’s Central Bank, where he was lauded for his role in helping Israel weather the 2008-9 financial crisis.

Fischer was born in Mazabuka, in what was still called Northern Rhodesia (now, of course, Zambia) in 1943, where his parents – originally from Latvia – were shopkeepers. In 1956, his family moved south to Southern Rhodesia, now Zimbabwe. Fischer originally planned to become a chemist, but, as he recalled later, “the older brother of a friend of mine had just come back from the LSE. So he showed me Samuelson, gave me some tutorials, and I was hooked.” That would have been the Paul Samuelson who was the famed textbook author, Nobel laureate, and professor at the Massachusetts Institute of Technology (MIT) – and later one of Fischer’s colleagues at MIT. With this new ambition for his career, he headed to Britain to study economics at the London School of Economics. Just before his university studies, he joined a youth leaders programme in Israel – a first connection that would eventually come to play another important part in his life as well.

Years later, Fischer told an interviewer about his career choice. “One of the things that got me interested in economics, peculiarly, was that Dag Hammarskjöld was an economist. When I was in high school, Dag Hammarskjöld was this great man. Then he was killed in the then-Belgian Congo, right next door. I knew he had done good in the world and my parents had brought me up to believe I should do good in the world. I realised that economics would help you do good,” he said.

After his first two university degrees, it was on to the US to complete a PhD at the MIT, Professor Samuelson’s own university. As his academic career flourished, Fischer taught at both the University of Chicago and MIT and he eventually became the PhD advisor to what sometimes seems to have been nearly a generation of some of the most important economists in the US, people such as Ben Bernanke and Greg Mankiw.

“The fruit of Fischer’s effort to integrate the two approaches [orthodox Keynesianism and rational choice theory] is known today as ‘New Keynesian’ economics. It is the dominant approach in most leading economics departments, with Mankiw, Bernanke, IMF chief economist Olivier Blanchard and many others contributing to the movement,” wrote the Washington Post while he was on the faculty of the University of Chicago.

“But Fischer was arguably first out of the gate. He helped originate the argument that ‘sticky prices’— that is, practical impediments to changing prices for goods, such as the expense of printing a new restaurant menu — mean that even rational, self-interested businesses and consumers can make choices that add up to an economy much like the one Keynesians describe.

“Fischer, Bernanke said, wrote ‘one of the very first papers that had both sticky prices and rational expectations in it.’ By doing this, Fischer had in effect united the two sides of economics. ‘I still think Keynesian economics is extremely important, and if anybody didn’t think so, this crisis should have made them rethink,’ Fischer said in an interview.”

Years before taking the position as the head of Israel’s national bank, back in the mid-1980s, while still at MIT, he advised the Israeli government on how to extricate itself from its increasingly severe inflation crisis. Then, together with a group of senior economists from the US, he joined a project attempting to author economic solutions to the Israel-Palestine conflict. That study led to the book, Securing Peace in the Middle East, where Israeli and Palestinian economists agreed on a plan to eliminate restrictions on Palestinian employment in Israel, to transfer of control over Gaza and the West Bank to the Palestinians, and to implement a system of free trade in the region. These recommendations were a close match to the eventual contents of the Oslo Agreement between the two sides.

Fischer has also served as the chief economist at the IMF, and then, after he left MIT, he became that international financial institution’s first deputy director for seven years. Leaving the IMF he went to the Citigroup banking giant. He then made the jump to become governor of the Bank of Israel from 2005 to 2013, until shortly before being appointed as number two at the US Fed, deputy to the new chairwoman, Janet Yellen. At the time of their two appointments, many commentators argued the two would become a strong, influential pair and very right for their times. Based on their track records, they were thoroughly in favour of measures to encourage the economy’s growth (and thus more job creation) and to worry much less about the possibilities of inflation – in a period of virtually no inflation.

When he first joined Israel’s central bank, his appointment had come in for criticism domestically because of his outsider status there. Nevertheless, by the time he left, he had garnered much praise for shepherding the country’s economy carefully through the financial crisis – with much smaller percentage drops in that nation’s economy than in most other nations.

While it is easy to argue his ties to Africa had become attenuated by the time he went to Israel, Fischer is widely known for having built up an extensive collection of African art and craft, mostly from southern Africa, and then there was a fascinating story that broke in the Israeli press in 2012 that Zambian President Michael Sata had been on the verge of appointing Fischer as head of the Zambian reserve bank – a homecoming to the country of Fischer’s birth.

While it would seem unusual for a foreign-born national to become the head of another nation’s central bank, Fischer had already done this once in the case of Israel’s bank. And in recent years, the head of the Bank of England is now also a foreigner – Mark Carney, a Canadian. In the end, however, regardless of the rumours in the Israeli press, Fischer didn’t return home to Zambia, despite a long-time professional interest in development economics, but went to the US instead.

The US and Israel have been able to make copious use of Fischer’s bureaucratic skills and first class economics intellect. But his life also represents the sobering fact that it is just one more example of how Africa loses out in re-attracting some of its brightest minds to return to help with the crucial tasks at hand in managing the continent’s development, once they have had significant experience beyond the continent.

But now, instead of any direct hand on things back in Africa, over the next several years, Fischer’s impact on this part of the world will be part of a much larger task of helping guide the American economy back into a faster growth trajectory – and where that growth may well attract more exports from this continent. There is benefit there, of course, but Fischer’s ultimate loss to the continent is also just one more example of bright minds who go away for enormously successful and important careers, but who never really find a way back to the place they where they were born. Somehow, that simultaneously seems to be an enormous personal triumph – but also a continent’s misfortune. DM