Will South Africa really go to war in the DRC again? 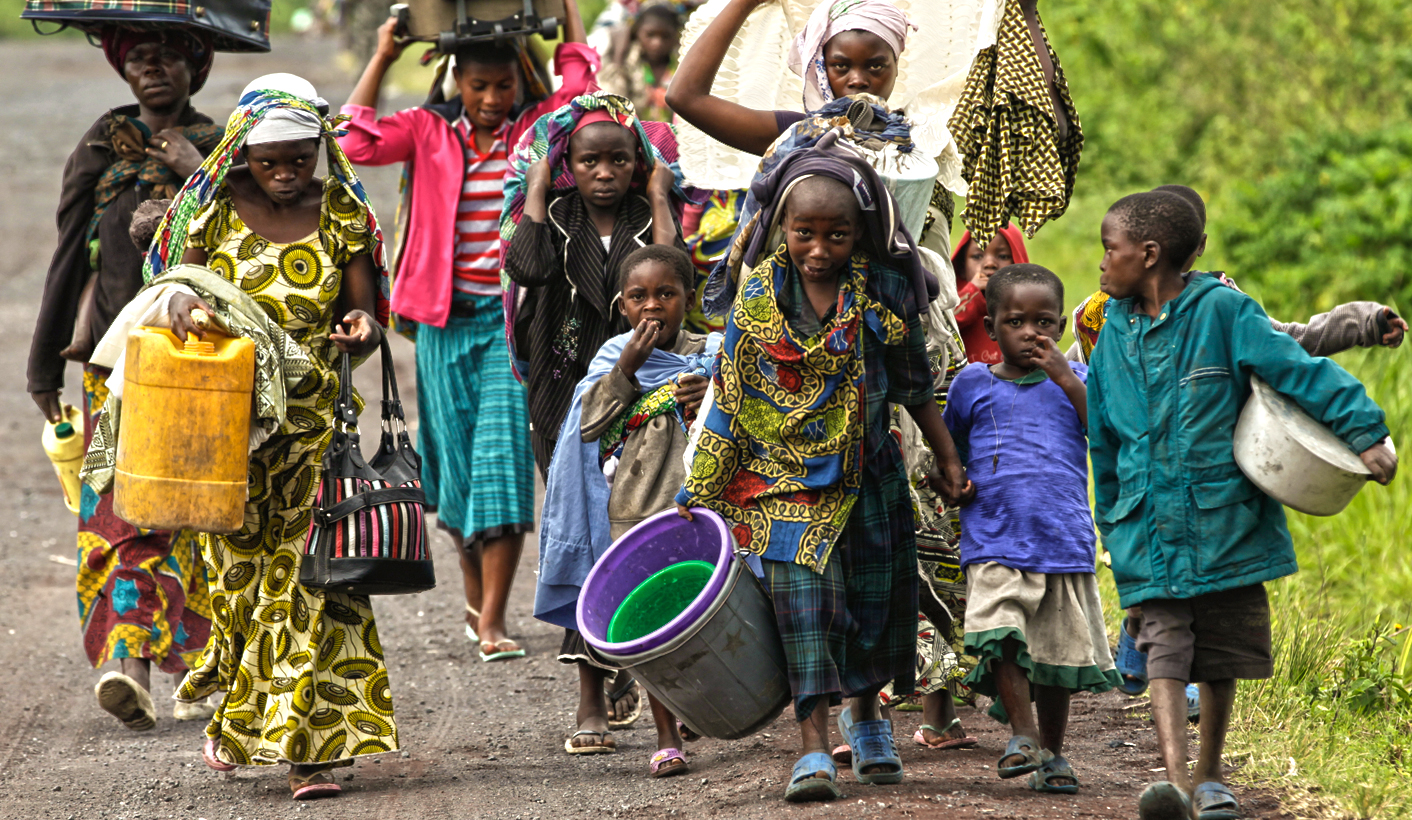 In the DRC, South African troops find themselves in the middle of a nasty, intractable dispute between the Congolese government and the all-too-real ghosts of Rwanda’s genocidal past. SIMON ALLISON examines the likelihood of our soldiers entering the fray.

That may be true, but it doesn’t mean our ambitious diplomats and desperate-for-a-legacy President haven’t got involved further afield, most notably in the DRC. South African soldiers are currently in the DRC as peacekeepers, with a mandate to flush out rebels of all stripes in the eastern part of the country.

Peacekeepers with teeth, that is. South Africa, along with Tanzania, provides the bulk of the United Nations’ pioneering Force Intervention Brigade (FIB), which is allowed to actively hunt down rebels instead of just preventing attacks.

The FIB passed its first test with flying colours, and South African troops acquitted themselves well, in smashing the M23 movement in 2013, with help from the Congolese army. So far, so good – but M23 was just one of a number of rebel groups operating in the area.

Next on the target list is the Democratic Forces for the Liberation of Rwanda (FDLR), formed by the genocidaires who escaped justice in Rwanda in 1994 and a constant menace to both the DRC and Rwanda ever since.

Before attacking, the FIB and the DRC government gave the rebels a chance to surrender, telling them that they had six months to hand over themselves and their weapons – or else. No one really expected the ultimatum to work, and sure enough the 2 January 2015 deadline came and went.

It did not pass wholly unobserved. A little over 300 rebels gave themselves up, representing a small chunk of the FDLR’s fighting force (if that’s what they were – many who surrendered were injured or unfit). An estimated 1,200-1,700 are still active.

So what happens now? Will South African troops once again be risking their lives on the battlefields of central Africa?

The answer to this question will be decided at a meeting in late January of the International Conference of the Great Lakes Region, which will be attended by all the relevant heads of state, including South Africa’s Jacob Zuma, the DRC’s Joseph Kabila, Tanzania’s Jakaya Kikwete and Rwanda’s Paul Kagame. A tangled mess of political currents means that their decision is far from straightforward.

“It’s not really a military problem, it’s more a political problem than a military problem,” observed Thierry Vircoulon, Central Africa Project Director for the International Crisis Group. “The FDLR is a ball game between Tanzania, South Africa, Kinshasa and Rwanda.”

The DRC, naturally, is pushing hard for a military offensive – even though, it should be noted, the FDLR is not a direct challenge to Kabila’s authority in the same way that M23 was. Kabila knows that his soldiers can’t defeat the FDLR on their own, and is keen to repeat the success achieved against M23, which greatly strengthened his position domestically.

So too is Rwanda, which is desperate to tie up one of the last loose ends remaining from the 1994 genocide. It sees the FDLR as an existential threat to the new, modern state that Kagame has so carefully created, and wants them gone.

Tanzania, on the other hand, is reluctant. Kikwete and Kagame dislike each other, and Tanzania is unwilling to risk its men against an enemy which doesn’t threaten their own national security. This is unlike the offensive against M23, where the rebels were allegedly operating with strong Rwandan support. In that case, Tanzania was happy to halt Rwandan expansionism in the area.

South Africa’s position is more ambiguous. There is no direct national security threat in the area, although we certainly do have interests there (not least of are presidential nephew Khulubuse Zuma’s natural resource assets). And South Africa has worked very hard to build a good relationship with the DRC, eyeing its extensive mineral assets and massive potential for hydroelectric power in the shape of the Grand Inga Dam.

But South Africa also has other military engagements on the horizon, and will be wary of the huge cost of these types of missions. In particular, the South African National Defence Force (SANDF) will be looking to conserve resources before the launch of President Zuma’s flagship new continental military response force, the African Capacity for Immediate Response to Crises, due to launch this year.

Complicating things even further is that if the FIB is to act, it must do so soon. Time is running short. “The FIB mandate expires in March this year, meaning any offensive would have to be finished up in three months, barring a mandate renewal by the UN, which is not something commanders can bank on now,” explained John Stupart, editor of the African Defence Review. “It took five months to defeat M23. Doing the same to the FDLR in three, possibly without Tanzanian support, makes very little sense.”

This may just be one fight too far for the over-stretched SANDF. DM

Photo: Residents of Kibumba walk toward Goma to flee the fighting in the area, in eastern Democratic Republic of Congo, 27 November 2012. EPA/DAI KUROKAWA