Op-Ed: The battle for the soul of Jo’burg

Op-Ed: The battle for the soul of Jo’burg 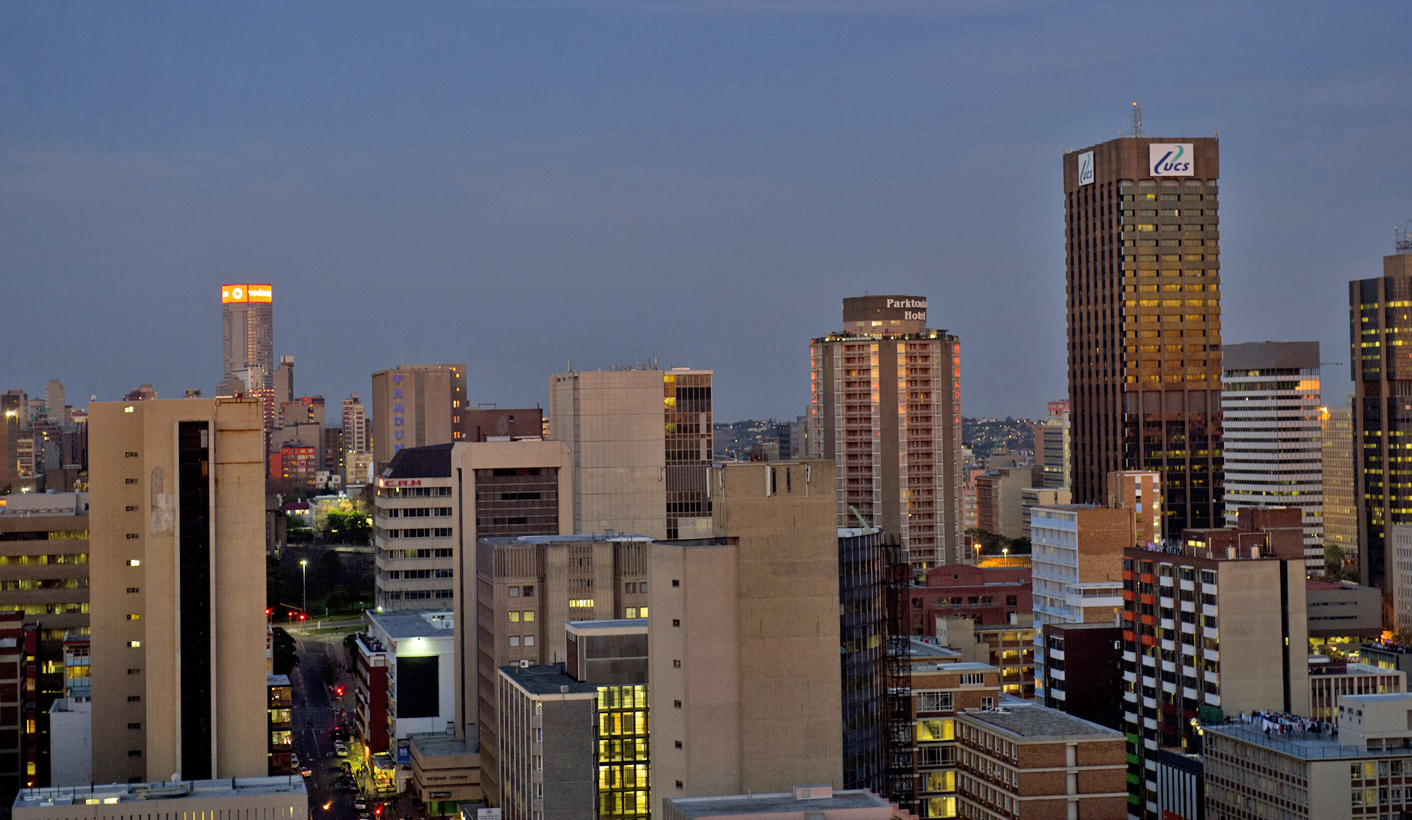 This year is sandwiched between two sets of elections: the national and provincial polls of last year, and the Local Government Elections of next year. Already our politics has changed since May 2014, and it is going to keep changing. In fact, the rate of change may actually speed up, and the first litmus test of these changes is likely to be next year’s polls. By STEPHEN GROOTES.

The battle for Jo’burg will be central to 2016 elections. It’s not the country’s biggest metro, but it is key to the ANC’s symbolic claim to rule for the good of all. As things stand, it seems hard to believe that Jo’burg mayor Councillor Parks Tau will not be looking for a new job come July next year.

On Sunday, in a bid (no doubt) to welcome back the mayor of Jo’burg from his holidays, Wits Vice-Chancellor Professor Adam Habib wrote in Sunday Times what can only be described as a scathing broadside against managerial incompetence in general, and the City of Jo’burg in particular.

His main claim was that the city could not in truth call itself a “World Class African City” when it clearly could not fulfill its basic functions. He wrote (the content unfortunately hidden behind the Sunday Times paywall) angrily about his efforts to have a hijacked building next door to a Wits residence cleared, and of how bullets were fired from that building into the residence. On 702 on Monday morning, he elaborated on the theme, explaining how time and time again, officials bungled their jobs. It wasn’t just that there were tangled legal issues in this particular case (the Prevention of Illegal Eviction Act chief among them). It was also that when the City promised to accompany the police in clearing the building, officials didn’t turn up, or didn’t live up to their promises.

Habib’s experience, and the frustration he clearly feels, is shared by many people in this city. Anyone dealing with the city’s call centre usually has plenty of stories to share, of how they were left on hold, given a reference number that didn’t mean anything, told the water or electricity was back on, while an open tap or a darkened room testified otherwise.

Then there is the billing system. For years the City has denied there is a “billing crisis” – acres of ink and yards of spin were employed to make the claim that just a few people were affected. They simply lied. Still today people receive bills that illustrate the difference between fantasy and reality. Many get a bill on a different day every month, meaning sometimes you’re billed for a week’s worth of water and lights, and sometimes for six weeks’ worth. My Christmas present from the council, through an SMS at 6:45 am on Christmas Day itself, was the first bill in four months. (Thank you, Parks.)

According to legend, one or two people have even been unable to get onto the billing system at all. Their lights work for the moment, but they have been unable to pay their bills, because the system won’t recognise them. This means they could be switched off at any moment, or be presented with a bill for hundreds of thousands of Rands.

Many of these people are what you would call active voters – people who may not have bothered to cast a ballot in 2014, but are now angry enough to do so next year.

You would think that this would concentrate some minds in Jorissen Street. But that doesn’t seem to be the case. As yet, there is no formal response to Habib from the City itself. If they had had first class politicians involved, they would have done what Mac Maharaj would have done if he worked for the city. There would have been a statement in response published and on air by lunchtime that Sunday. The story on Monday morning would have been the city’s response, rather than the time Habib was given. The ANC in Jo’burg itself would have been energised to give a response of its own, to bolster the city’s statement.

Instead, as is so often the case with Jo’burg, there is silence.

A few years ago, I once got lost in the City of Cape Town’s phone system. I had phoned looking for an official for a story, and ended up one the line to the wrong office. Within about a minute, through simply talking to wide awake people who cared about their jobs, I was talking to the person I was looking for. It seems impossible to imagine that happening with Jo’burg. That difference in work ethic is simply astounding.

It is interesting at this point to look at how little enmity is felt by Jo’burg residents towards the mayor himself. That’s probably because Tau is an honest, down-to-earth guy, with no pretensions about him. You won’t find him surrounded by VIP bling, and he doesn’t live in a massive mansion either. Instead he comes up to people and greets them by name, shakes hands, makes small talk, and crucially, doesn’t appear to over-promise. This lack of bluster is rare among our politicians, and it would actually be a loss to our political scene were he to suddenly lose his job.

But Tau must surely know that if the ANC were to lose Jo’burg on his watch, that would be the end of his career. He could hardly be promoted to provincial or national office.

Then there is the symbolism of the loss of Jo’burg for the ANC. Central to this is how Soweto votes. If it can be shown that Soweto voted against the ANC, that the “clever blacks” have had enough, then the ANC is going to be in serious trouble. It be hard to imagine it regaining the city. As Habib himself put it on Monday morning, this is partly because the ANC finds it so difficult to make hard and fast decisions, and as a result, nothing happens. Soweto has also benefited from the fruits of freedom more than other areas, such as Alexandra. As a result, while it could be claimed it would be a slap in the face for the ANC to lose Jo’burg, it could also be claimed it’s a signal that voters really are fed up with the incompetence of its city managers.

In keeping Jo’burg, one of the ANC’s big problems is that Soweto is probably also the most likely township outside the Western Cape where President Jacob Zuma would face a hostile crowd.

It is important at this point to examine how close the ANC is to losing Jo’burg, with just over 50% of Jo’burg voters in the national poll voting for the party. While those numbers aren’t strictly comparable to local polls (because you vote for a PR and a local representative in local elections) they are certainly close.

And then there is what would happen should the ANC actually win fewer than 50% of the votes. The DA is the most likely to gain, but that doesn’t mean it would win more than 50% itself. Both it and the Economic Freedom Fighters have made all kinds of comments about governing through coalitions, but it’s not certain that would happen. The EFF may not even properly exist by then, and if it does, it would surely be an uncomfortable coalition. That said, the ANC has shown in the Western Cape that it doesn’t understand opposition politics, and so the coalition probably wouldn’t be under that much pressure for a while.

Habib complains that Jo’burg is not a World Class African City. What is clear, however, is that a World-Class political battle for this African city is about to commence. Hopefully, this will be for the benefit of its citizens. DM

Photo of Johannesburg by Greg Marinovich.