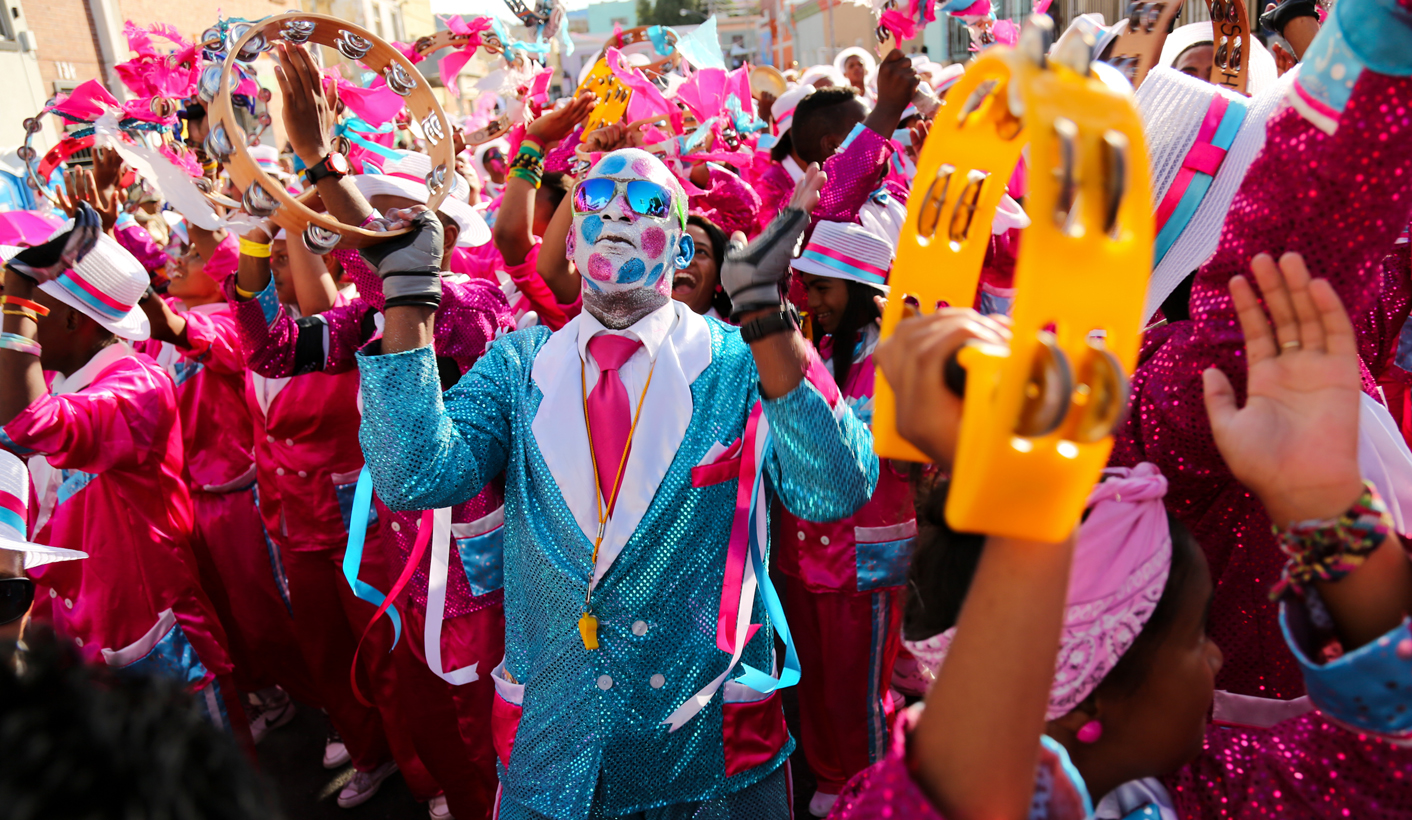 The annual Cape Minstrels parade was moved from its traditional date of 3rd January for religious reasons. It was rescheduled for Monday, 5th January – but cancelled at the last possible minute on Sunday. Now fur is flying between the City of Cape Town and the Cape Cultural and Carnival Committee, while political parties are jumping on the bandwagon to point fingers at each other. It may seem like a storm in a Cape Town teacup – but it’s an embarrassing shambles for an event which is given millions in funding, has enormous (though contested) historical significance, and attracts tens of thousands of spectators annually. By REBECCA DAVIS.

Who is to blame for the last-minute cancellation of the Cape Minstrels parade?

If you believe the Cape Cultural and Events Carnival Committee, the fault lies with the City of Cape Town.

“Initially we had logistics in place for 3 January, but changed it for the city manager and mayor,” committee CEO Kevin Momberg told journalists on Sunday. “When they changed the date they said don’t worry they will assist us, but they did not.”

Momberg said that the committee was not able to secure the necessary buses for the minstrel groups, and also experienced problems with aspects like fencing and VIP parking.

If you believe the City of Cape Town, the fault lies with the Cape Cultural and Events Carnival Committee.

“To blame the City in any way for the cancellation of the parade today is a blatant lie,” said Cape Town Mayor Patricia de Lille, not mincing her words in a statement. “They are responsible for procuring all services and ensuring that these services are secured in time for the event.”

It is the committee, rather than the City, which is required to organise the event. De Lille said that the committee has received both abundant support and funding: R2 million from the City, together with support services valued at R1,65 million; R2,35 million from the Western Cape government; and additional funding from the National Lotteries Board and the national government.

If you believe the EFF, it’s all an ANC plot to get the carnival moved to Saturday 10 January – which happens to coincide with the ANC’s 103rd birthday celebrations at Cape Town Stadium.

“We as the EFF believe that it’s very much to assist the ANC to ploy [sic] crowd to their event on Saturday because the march would go towards the Green Point Stadium,” EFF Western Cape leader Nazier Paulsen told Voice of the Cape.

If you believe the ANC, it’s all a DA plot to get the carnival moved to Saturday 10 January – in order to undermine the ANC’s birthday party.

“The very suggestion is laughable,” DA spokesperson Phumzile van Damme told the Daily Maverick. “The ANC should not let itself succumb to paranoid delusions. The DA wishes the ANC well on its upcoming birthday.”

And if you believe the spectators who began to line the streets of Cape Town days ahead of Monday’s scheduled parade – sometimes travelling long distances to do so – the fault lies with the government.

“Is it right that we should sit here with pain every time the government disappoints us?” 68-year old Wilhelmina Rose asked Voice of the Cape. “We look forward to this event every year, once a year, so why do they do this to us?”

Despite the fevered assertions of political parties, reports that the parade will now take place on Saturday, 10 January seem pure speculation at this stage.

City of Cape Town spokesperson Zara Nicholson told the Daily Maverick on Monday afternoon that no revised plans had yet been submitted by the organising committee to host the parade on that date.

When the plans are received, she added, it is SAPS which has to approve the request before the municipality gives it the nod.

The carnival committee’s Kevin Momberg, however, is presenting Saturday’s new date as a fait accompli.

“We discussed it with everybody and then they suggested Saturday 10 January because then everything becomes easier to do; for instance, Golden Arrow buses will be ready with drivers,” Momberg told EWN.

Nobody’s giving an inch in the mud-slinging and finger-pointing. If you rinse off all the confusion and the conspiracy theories, however, one thing that seems clear is that the City of Cape Town has only negative PR to gain from the parade’s cancellation, particularly given the cherished position it occupies in the eyes of many.

Once a year, at the beginning of January, Cape Town’s centre is brought to a standstill by the parade. Originally known as the Coon Carnival, the event has since been sanitised as the Cape Minstrel Carnival. It dates back to the 1820s, initially commemorating a holiday given to slaves in the Cape on the ‘Tweede Nuwejaar’ (2 January). Today, troupes with members drawn mainly from Cape Town’s coloured community make their way through the city performing in marching bands, wearing bright costumes with painted faces.

The Minstrels’ Parade, like so many other relics of South African history, is not controversy-free. The ‘Coon Carnival’ title attracted consternation, particularly from foreign onlookers, and the general spectacle has been accused of racism in the past. It’s listed on a number of international websites as an example of an offensive blackface practice. Historians say instead that the carnival was always an expression of subversion and transgression against authority in a racially-oppressive society.

In 1990, historian Shamil Jeppie explained: “The occupation of public space by the dispossessed, the control of movement in this commercially hallowed space by the crowd, the shift of focus from the powerful onto the powerless, the motley garb and bright colours of troupers, the overt presence of the transvestite, known locally as the ‘moffie’, at the head of nearly every ‘coon’ troupe, the uncontrolled mixing of the sexes, generations and also colours, the near absence and powerlessness of the police, the throng of proletarian music, and the happy but cynical lyrics of carnival songs all bear testimony to the momentary anarchic character of the festival, to the symbolic inversion of the dominant social and moral order.”

“From its earliest days, the celebratory element of the carnival has sat uncomfortably with its association as an extension of the use of slaves as entertainers in Cape Town,” wrote academic Jane Battersby in a 2013 paper.

Its meaning may remain a source of controversy, but its popularity is unambiguous – drawing upwards of 60,000 spectators per year. Competing teams are often left in debt after their elaborate preparations.

Beyond the bickering and political infighting, beyond the carnival’s own challenging legacy, spare a thought for the performers, who have spent months preparing for a parade which currently exists only in the realm of the hypothetical. DM