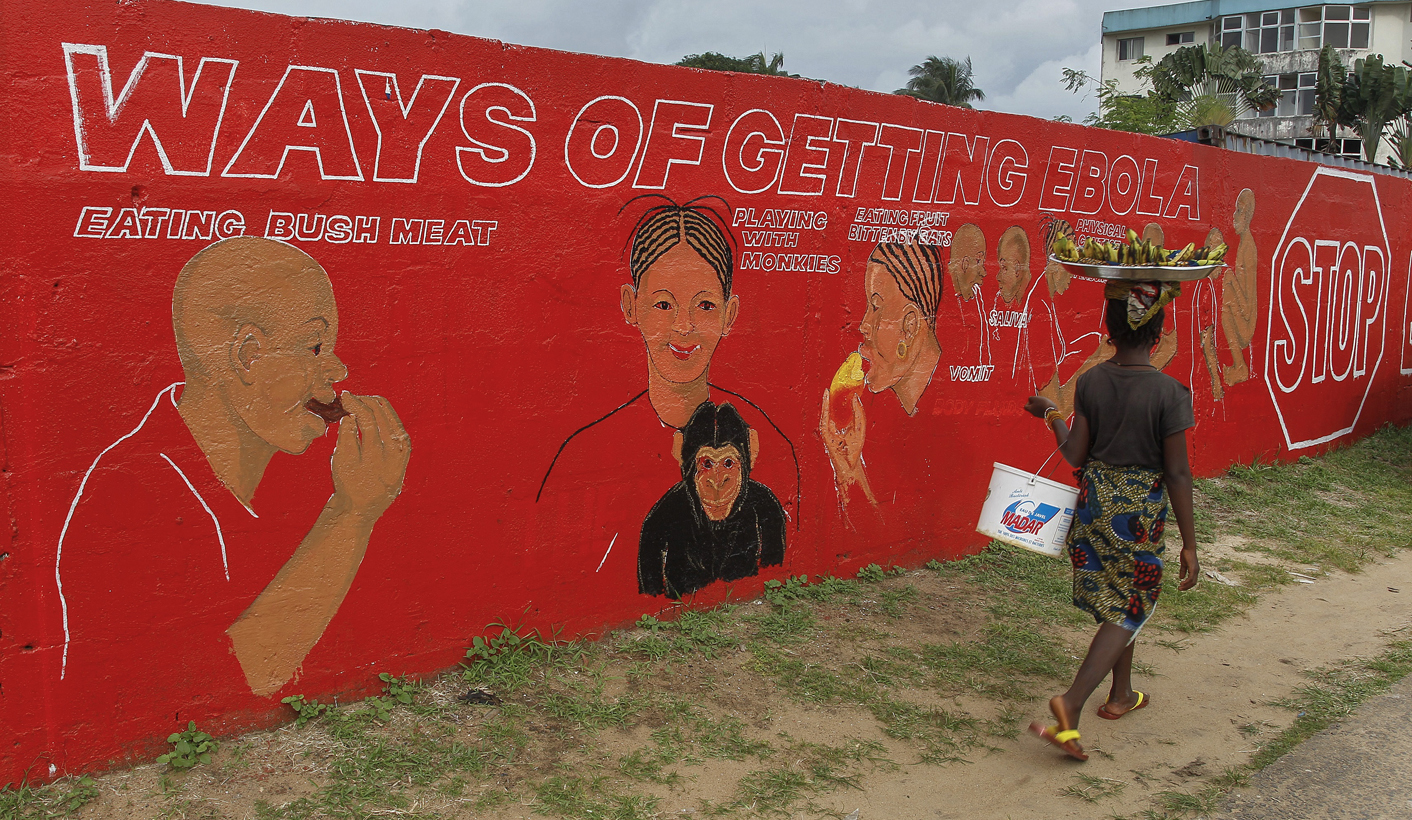 From the Boko Haram insurgency and the nightmare of Ebola, to quack cures and dodgy data, Africa Check fact-checked dozens of claims in several African countries this year. By AFRICA CHECK.

Can salt water or nano-silver cure Ebola? How many schoolgirls did Boko Haram kidnap in Chibok? And did militants in northern Nigeria really massacre 375 Christians? How many people are unemployed in Zimbabwe? Could cancer be a greater cause of death in Africa than HIV/Aids? Is Swaziland a “monarchial democracy”? Can opinion polls be trusted?

These are just some of the many subjects that Africa Check has examined over the past twelve months. As we continue to expand our operations on the continent, we look back at the year that was.

The Ebola outbreak in West Africa spawned a small cottage industry in medical myths and conspiracy theories. Many of them sought to cynically capitalise on the desperate search for a cure by those afflicted, or play on the fears of ordinary people.

These are myths that can kill and in the battle to tackle the outbreak, facts matter. Drawing on the latest available research, Africa Check published factsheets explaining what Ebola is, and how it is diagnosed, what the risks are and how it can be treated.

Perhaps most importantly we tried to sift fact from fiction, investigating spurious claims of “cures” offered by charlatans and backstreet doctors, from salt-water treatments and “nano-silver” to herbal remedies.

We also investigated claims by Ghanaian government officials that “all entry points” into the country had been equipped with facilities to screen for Ebola. The claims were false.

Nigeria’s brutal Boko Haram insurgency gained worldwide headlines with the kidnapping of 276 schoolgirls from a school in Chibok. But the bloody violence that has accompanied its campaign has been worsening for years at a cost of thousands of lives. The insurgency, which began in 2009, entered a dangerous new phase this year with horrific massacres and bomb blasts.

Who are Boko Haram? And how many people have died at the hands of the militants and the Nigerian security forces? Was it 13,000 as claimed by Nigeria’s president Goodluck Jonathan? And how many of the Chibok schoolgirls are still missing? These were some of the questions we tried to answer.

Given the atrocities linked to Boko Haram, claims that it was involved in the massacre of 375 Christians in Nigeria didn’t seem far-fetched. A grotesque image showing dozens of charred corpses lying in rows in the sun went viral on social media earlier this year. The caption read: “Boko Haram burns 375 Christians”. But, as we discovered, the image had actually been taken in the Democratic Republic of Congo and showed the horrific aftermath of a fuel tanker explosion.

Faked images and online hoaxes are a growing problem, gaining a life of their own and spreading quickly. So too is the misuse of news images by popular news websites.

Exposing misleading and dangerous health claims and quack cures is a key part of our work.

Our Nigeria health correspondent, Dr Ike Anya, investigated a claim by a controversial professor that an extract from the bitter kola tree could be used to treat glaucoma and questioned assertions that there is a “strong link” between suya kebabs and cancer.

We examined suggestions that South Africa’s president, Jacob Zuma, had hurt the fight against HIV/Aids more than his predecessor, Thabo Mbeki. And we investigated a newspaper report stating that a third of South Africans suffer from mental illnesses.

Zimbabwe’s Registrar General made headlines when he claimed – wrongly – that women should avoid using contraceptives because they could lead to cancer. We also fact-checked a Channel Four report suggesting that cancer is a bigger cause of death in Africa than HIV/Aids. Actually, the top five killers in Africa are Aids, lower respiratory tract infections, diarrhoeal diseases, malaria and strokes.

Read our guide to evaluating health claims and quack cures.

Is Swaziland really a “monarchical democracy”? The Swazi government routinely claims that the kingdom adheres to the “dictates of true democracy”. King Mswati III calls it a “monarchical democracy” which he has described as a “marriage between the monarch and the ballot box”. Vuyisile Hlatshwayo, the director of The Nation magazine unpacked the claims in a hard-hitting analysis piece.

In a year of elections, we fact-checked dozens of claims by South Africa’s African National Congress and the opposition Democratic Alliance, looked at whether the Niger Delta is the “epicentre of electoral fraud” in Nigeria and tracked Namibia’s fifth national election since independence.

Opinion polls and surveys are a fixture of every election. But not all polls are created equal. All too often news websites, newspapers and radio and television stations fail to properly interrogate them. Just as a single-source news article will lack credibility, so does a news report based solely on the results of a snapshot poll or a survey. Journalists should always question how a poll or survey was done, and dig deeper. Context, additional comment and analysis are vital.

The search for reliable data

Accurate, publicly accessible data is hard to come by in many African countries. Often it is impossible to find reliable data to fact-check claims accurately. In those instances, we point out the gaps and inaccuracies and push for better, more reliable data.

This is true of Zimbabwe, where estimated unemployment figures range from as low as 4% to as high as 95%, and South Africa where road accident statistics are unreliable.

Population projections for the continent are also a subject of hot debate. These include claims that Zambia has the world’s fastest growing population.

Sadly, bad and incomplete data all too often bedevils official statistics on the continent. Seventeen African countries have not conducted a census in the past decade and five have not done so in 20 years. And in many cases, the data simply can’t be trusted.

If you have any suggestions of claims you think we should check, please contact us. You can also find us on Twitter, Facebook and Google+. We will be back in the New Year to sift more fact from fiction. Thank you for your support this year and best wishes for 2015. DM

Photo: A Liberian woman walks past a wall mural part of a sensitization programme about the deadly Ebola virus in Monrovia, Liberia 15 September 2014. EPA/AHMED JALLANZO