Africa Check: Do crime levels spike in South Africa over the festive season? 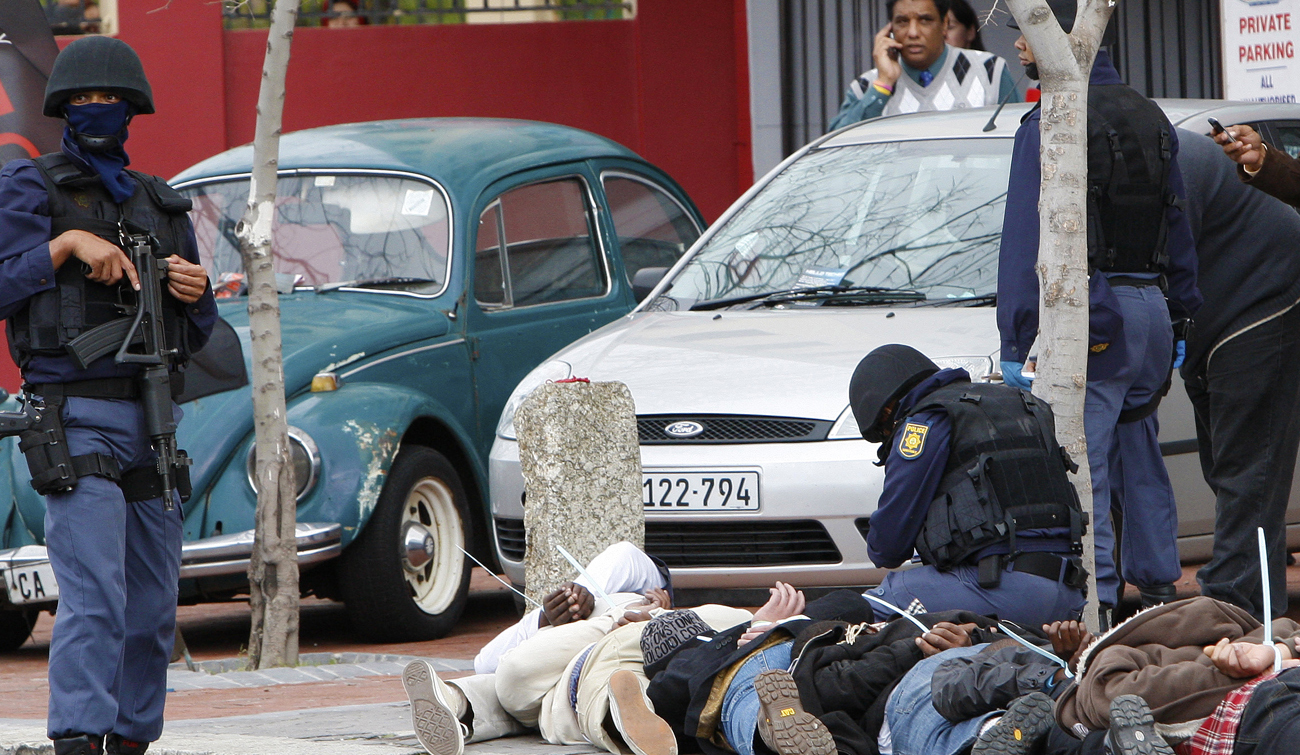 How safe is South Africa over December? The bad news is that cases of armed robberies, burglaries, murder, attempted murder and serious assault tend to increase markedly over the festive season. By Lizette Lancaster for AFRICA CHECK.

An analysis of the monthly national crime data for the five years from April 2006 to March 2011 reveals that murder and serious assault increase by as much as 50% during December each year, while incidents of burglary increase by 8%. House robberies increase in the months leading up to the festive season, starting in October and remaining high in December, dropping off by about 11% in January.

There are a number of reasons why crime rates increase over the festive season.

More people consume more alcohol and recreational drugs. Research conducted by the South African Police Service shows that most cases of violence occur when acquaintances, friends or family members have arguments that spiral out of control, especially when people are under the influence of alcohol or drugs. In many cases, nightclubs, taverns, shebeens and private homes of victims or perpetrators become crime scenes.

Many of these crimes are opportunistic. In the case of house burglaries, the opportunity is greater when people are away at work or on holiday. House robberies are also more likely to occur over the summer holidays when people tend to let their guard down and spend more time outside with their doors open.

Although the available data allows inferences to be drawn about why crime spikes over the festive season, there are no accurate statistics to properly explain the trend.

We do know what the year-on-year crime statistics are for the various police station precincts because these are published annually on the SAPS website.

What we do not know is where the crime hotspots are within these areas. The available station-level statistics do not provide us with enough information to gauge which crimes are on the increase or decrease in various suburbs and towns.

The uncertainty this creates fuels fear of crime and a feeling of helplessness, and increases spending on private security, sophisticated security systems and firearms, and may contribute to increases in incidents of vigilantism.

The devil in the detail

Crime rates (per 100,000 of the population) for police stations are also not released as part of the annual statistics. Police precinct population sizes vary from close to 400,000 people in areas such as Thembisa to fewer than 500 in some precincts in the Eastern Cape. This makes it very difficult to draw any real comparisons between crime statistics from various police stations.

The Institute for Security Studies (ISS) calculated the 2011 census information for each of the police precincts using area data released by Statistics South Africa. Based on this information the ISS was able to determine thecrime rates for each of the 1,139 police stations.

These crime rates allow for better comparison of crime statistics between different stations because the size of the population is standardised; that is, crime rates reflect the number of crimes per 100,000 people. This method could be useful to help plan resource allocation to stations and the location of new police stations.

This method is useful only for crimes at residential premises which have “night-time” residents as potential victims. This includes residential burglary and residential robbery. The census records populations that reside in an area and therefore provides a good population measure for crimes that affect these populations in their homes.

Most other crimes are more likely to have “day-time” potential victims, such as commuters, shoppers or business employees. This includes business-related crime, street robberies, hijackings, theft and shoplifting. Here the average number of commuters, shoppers, businesses or employees – rather than the number of people living in the area – is useful data for planning police interventions.

Central business districts are usually the most high-risk areas in the country. These are areas like central Johannesburg, central Durban, central Cape Town and central Pretoria.

But many businesses close during the festive season and many households visit holiday destinations or gather at rural homesteads. This means that many of the high-risk areas may become low risk, and areas that are “sleepy hollows” most of the year may become more high risk over the December holiday period.

During the festive season, holidaymakers, visitors and those staying at home should remain vigilant. It is a good idea to discuss the neighbourhood crime situation with the local police, private security companies and community policing structures. Only through greater community involvement can stronger local support structures be built.

Hopefully, in future, the SAPS will release more detailed, current information about crime in the areas where South Africans live, work and go on holiday. This is essential if people are to be in a position to make their communities safer. DM