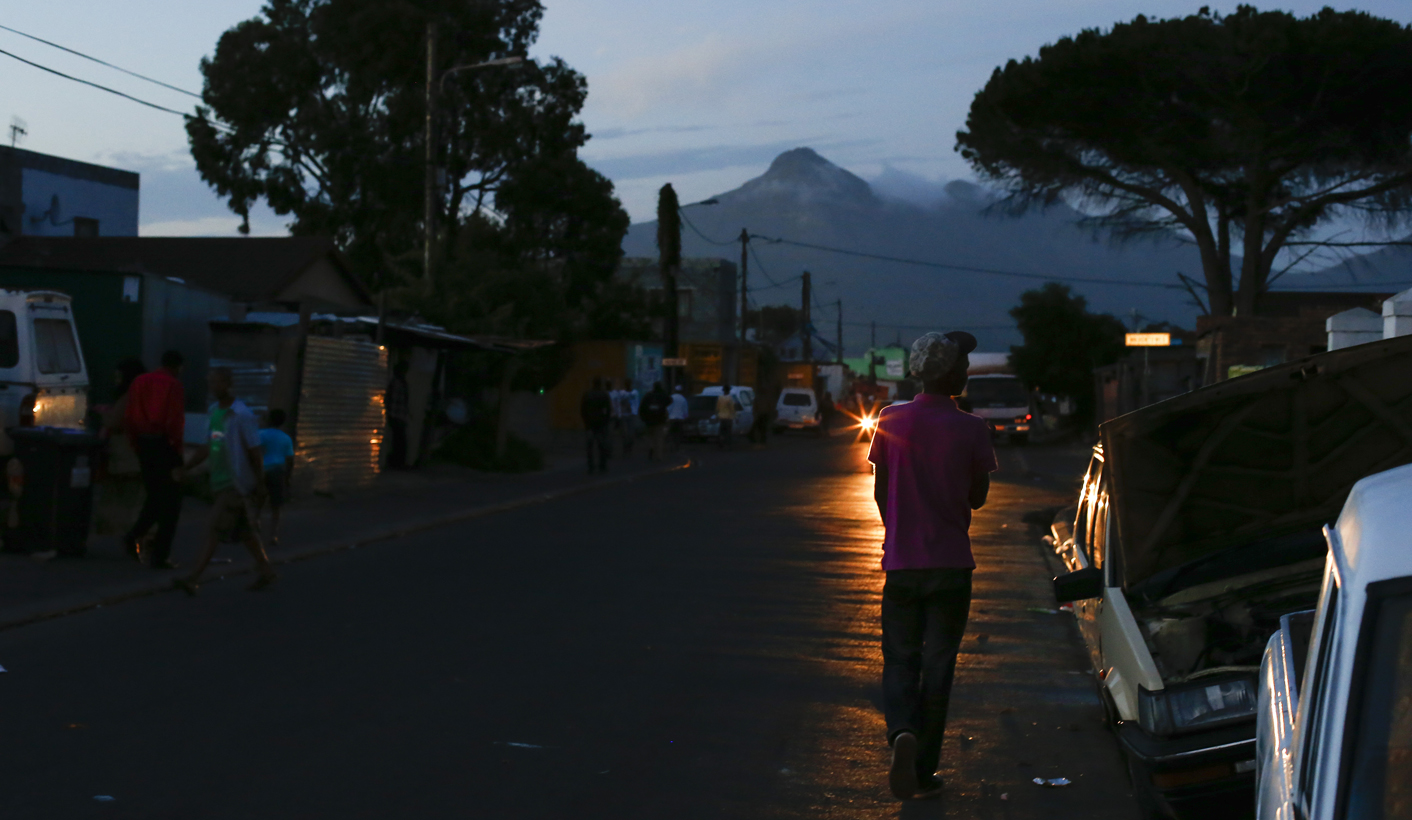 A statement by the ANC on Tuesday was instructive as to what can be done to relieve the electricity crisis: better communications of load shedding schedules to minimise inconvenience. So the best-case scenario is not that the lights stay on. That would to be the good old days, when electricity was available at the flick of a switch. The best-case scenario now is that load shedding takes place according to schedule so that South Africans can prepare and adapt. A difficult 18 months lie ahead as the electricity supply will remain precarious, and that will take us to a big event on the South African political calendar: local government elections 2016. In the meantime the bad news will keep coming. By RANJENI MUNUSAMY.

In all that Eskom chief executive officer Tshediso Matona said at a media briefing on Monday – and he said a lot – he made the point that there was not much the power utility could do to resolve the energy supply problem. “The problem is bigger than Eskom, it’s a national problem,” he said. He went on to explain that government needed to clarify its policy direction about electricity in order to be able to resolve the problem.

You have to feel for Matona. He has been in the job for four months and is now the face of another state-owned entity everyone will grow to hate. Yes, there are many of those – Sanral, the SABC, the SA Post Office, South African Airways – but electricity cuts affect people’s daily lives and livelihood more than any other service breakdown. On Sunday night, close to 10,000 people in Durban were left stranded on trains. The impact of the current spate of load shedding on industry is not yet known but the Steel and Engineering Industries Federation of Southern Africa (Seifsa) estimated the cost to its sector to be R6 billion.

It could not be an easy task for Matona to stand up in front of a nation already taking strain from the power cuts and say: “We don’t have predictability. Even our best-laid plans may not work.” He also had to sketch out the litany of problems at Eskom power stations that led to the supply troubles. From ash backlogs to collapsed silos, and freak accidents like a truck snapping a cable at Majuba power station disabling three generating units, Eskom’s problems have taken on Monty Python-type surrealism.

And while there might be temporary respite from power cuts for the rest of December and January, the situation looks bleak for most of February and March. “It’s a total of 36 days of probable load shedding, along with another 59 marked in yellow as medium risk of load shedding,” Matona said.

Still Matona thinks this is “not a crisis”. “Sometimes the reporting on the company creates a sense of crisis. There are challenges galore,” he said. As the new head of the energy utility, Matona is probably trying to avoid adopting a fatalistic attitude. But with multiple failures at power stations and shortages interchangeably – and often simultaneously – of funds, diesel, coal and water, the situation is dire.

It is not known how the grid will look when the new financial year begins, but the energy supply problems will continue for at least 18 months. There will be a three to five year programme for recovery of the reserve margin.

What this means is that this is not a short-term bite-the-bullet situation. South Africans will have to adapt our way of life and work to a new emergency situation. This will take more than having access to load shedding schedules to get used to. People will need to find alternate ways to travel, work and do business, as well as adapt their home lives to the new conditions.

In the context of a consistently declining economy, a weakening rand and more ratings downgrades, the electricity crisis could lead to multiple failure of other services and a state in freefall. South Africans will already be faced with a hike in electricity costs and higher taxes next year. It is likely that government’s ambitious, but already not very realistic, plans for economic development and growth will be set back and that job cuts might result from the impact on business.

How does South Africa navigate through this crisis situation?

President Jacob Zuma and Energy Minister Tina Joemat-Pettersson have been completely absent from the public dialogue since the current electricity crisis exploded. On Wednesday, Cabinet will meet to discuss the situation and there will no doubt be more declarations about creating an “energy mix” comprising coal, solar, wind, hydro, gas and nuclear energy.

But big dreams for the future will not help traverse the crisis now. South Africa needs a definitive line on policy, including on the approach to independent power producers. In its statement on Tuesday, the ANC said that among the urgent and necessary interventions was the enactment of legislation licencing independent power producers. Since ANC ministers and MPs are the people who have the power to do this, it is bewildering why the ruling party had to wait for a national crisis to call for these interventions.

ANC spokesman Zizi Kodwa said at the last ANC national executive committee meeting in November, the ruling party was “instructive and emphatic that Eskom must accelerate the pace to complete and bring onto the grid the Medupi and Kusile power stations”. But Eskom has announced it timelines from when the new power stations will be progressively synchonised onto the grid, and they certainly do not provide quick-fix solutions to the current set of problems.

The burden of responsibility for the crisis is being placed on the consumer, with Eskom appealing that people “live lightly by reducing demand from 6am to 10pm”. This is on top of the already dramatic drop in electricity usage from consumers, as a result of previous appeals.

Clearly the buck now needs to stop at the top. The current administration might not have created this crisis, but they are certainly responsible for managing it. The predicament is like nothing the country has experienced before, and leaving Eskom to announce load shedding schedules and fight fires certainly will not inspire public confidence.

There are fears of national blackouts, diesel shortages and the economy dropping to junk status. It will require strong leadership and a firm hand to steer the country through these choppy waters, and keep development plans on track.

If the situation is left to spiral with no proper political leadership, South Africa could reach a state of disorder and confusion. If Eskom’s calendar is to be believed, the power situation will only be relieved in mid-2016 – coincidentally the time when local government elections are scheduled. South Africa might be a markedly different place by then, governed by a survival of the fittest. The electricity supply could become the dominant political issue of those elections – in the context of a spiralling society run through a black-market supply of diesel and generators, higher crime rates during blackouts and general lawlessness.

It could redefine South African society, which is already plagued by a destructive culture. This is no longer about papering over the cracks, quick-fix solutions or political platitudes. Those in power need to display courageous leadership to prevent a collapse of the state. Or the “power crisis” might take on a whole new meaning. DM

Photo: Residents move between vehicle lights during a routine power outage due to load shedding in Masiphumelele, Cape Town, South Africa, 7 December 2014. South Africa’s parastatal Eskom is fighting a battle to prevent the possible collapse of the country’s electricity grid. The energy supplier has implemented various stages of load shedding due to a lack of capacity as last resort to avert rolling blackouts which could bring the country to a standstill. EPA/NIC BOTHMA