Daily Maverick Sports Team of the Year: U-19 Cricket Team 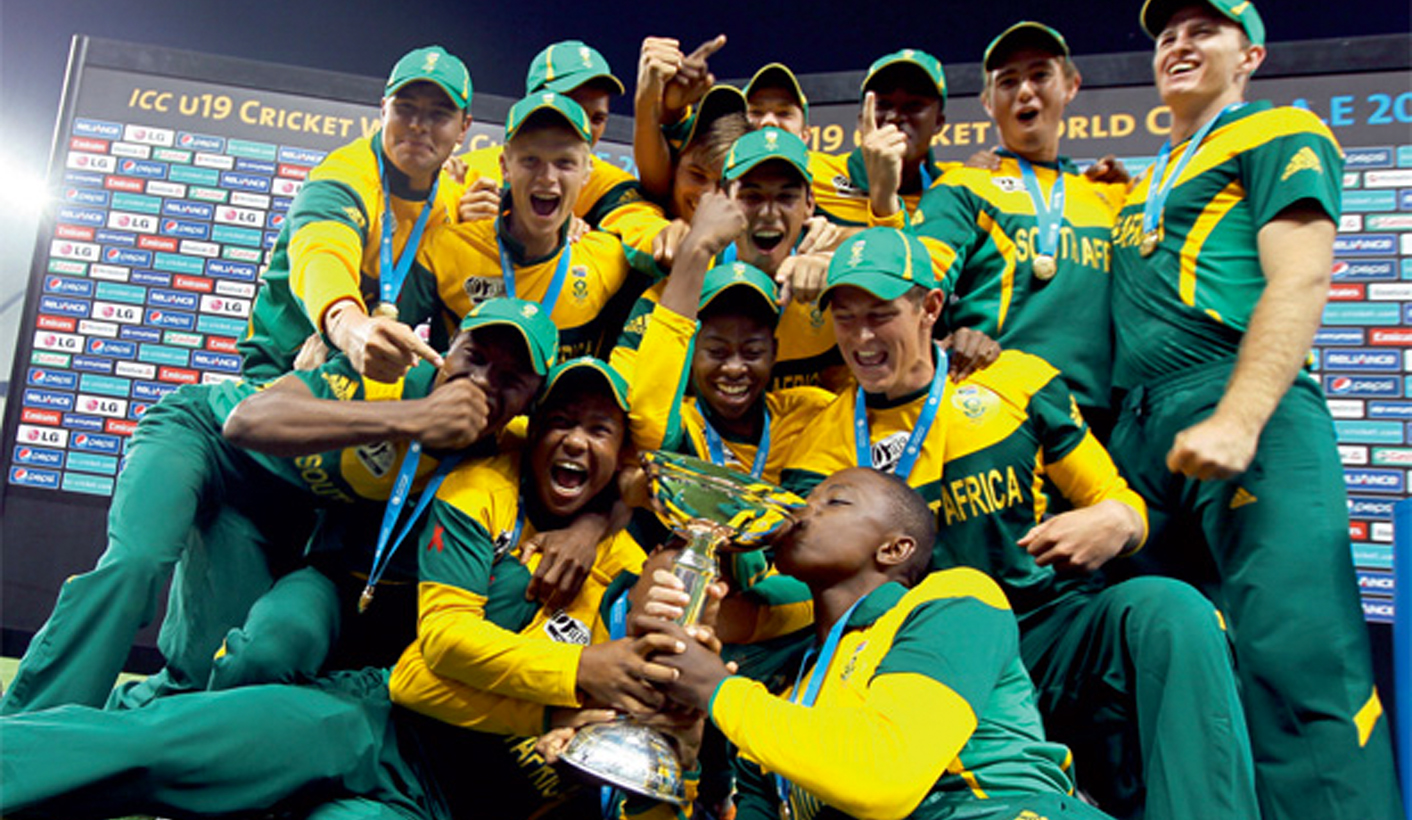 The South African U-19 cricket team and the Blitzbokke were neck-and-neck for the plaudit of Daily Maverick’s sports team of the year. In the end, the cricketers won, as they managed to achieve what no other senior team has done. By ANTOINETTE MULLER.

All of these feats deserve much praise, but over the course of the last few months, one South African sporting achievement stands out head and shoulders above all. The South African U-19 cricket team did something the senior men’s team has never done before: they won a World Cup.

Under the leadership of Aiden Makram and with Ray Jennings as coach, the SA U-19 team went unbeaten in the tournament, thumping Australia in the semi-final on their way to silverware. An 80-run victory over the old enemy set up a final with Pakistan, which South Africa won by six wickets.

It was a meticulous victory which saw the team spend hours and hours assessing video clips of their final opposition. It also featured a typical Jennings huff, with the coach storming off during a training session, feeling that the team had started to get complacent.

With Pakistan bowled out for 131, it was now up to the batsmen to chase a tricky total in conditions where the bowlers were in charge. Jennings brought out a whiteboard and wrote down targets for every five overs, knowing that, as long as South Africa matched the top two partnerships of the opposition, they would be within touching distance.

Having slipped to 28-2, Captain Aiden Makram stepped in and the rest was history. Makram didn’t even think that he would be at the tournament, never mind captain, but he flourished under the weight of responsibility and finished with 370 runs in six games at an average of 123.33, including two centuries and one half-century.

Before the World Cup, the Under-19s had reached the final of a Quadrangular tournament in India, eventually losing to India in the final. Yaseen Valli was captain then, but in order to offer him some reprieve from his duties, Markram was handed the reins for the World Cup. It was an unexpected moved for the Titans youth, since his returns during that quadrangular outing were sparse. He scored just 73 across five games, and while the added responsibility of captaining the national team might overwhelm some, he made it count. Despite getting off to a modest start, he soon hit two consecutive centuries in the World Cup and one of his most impressive performances came in the semi-final against Australia. He scored just 45, but negating the early swing and seam helped set the foundation which saw South Africa post 230 in their 50 overs.

Age group World Cups might not get the same profile as the senior competitions, but it is here where future careers are moulded and stars are unearthed. That semi-final elevated young Rabada to instant stardom. His impressive figures, finishing with 14 wickets across five matches at an average of just 10.28 and an economy rate of 3.10, and his ability to hit the 140km/h mark, caught the eye of selectors. He’s since gone on to make his international debut, making him the first black player born after Apartheid ended to represent the country. With so much focus on transformation is professional sport, Rabada’s rise is significant and historic, but whenever he is asked, the man himself prefers not to focus on politics and insists on looking at his merits instead.

With careful management, Rabada, like many of his teammates who lifted the cup, has got all the makings of a future star. Makram hasn’t progressed quite as quickly, but it will not be a surprise if he captains South Africa in the future.

Jennings did not have his contract renewed and when the coaching role for the age-group cricket was split, he was not reappointed despite applying for the role. Despite having a reputation as being a hard taskmaster and often resorting to some very “old school” techniques, Jennings’ influence in the victory cannot be underestimated.

Where these players will end in the next few years, nobody knows just yet. What is certain, though, is that they have had a tremendous year and their World Cup winning achievement is one of the finest moments in South Africa’s sporting year.

They are impossible to ignore – and it is impossible to not be enchanted by the South African Sevens Rugby team. As the quintessential modern-day team, the Blitzbokke win hearts and matches with ease.

As Commonwealth Gold winners, they deserve heaps of praise for their efforts and could finish the year on a high. Currently second on the Sevens World Series log, with only the home Sevens series to go, the Blitzbokke could further add to their trophy cabinet this weekend. DM