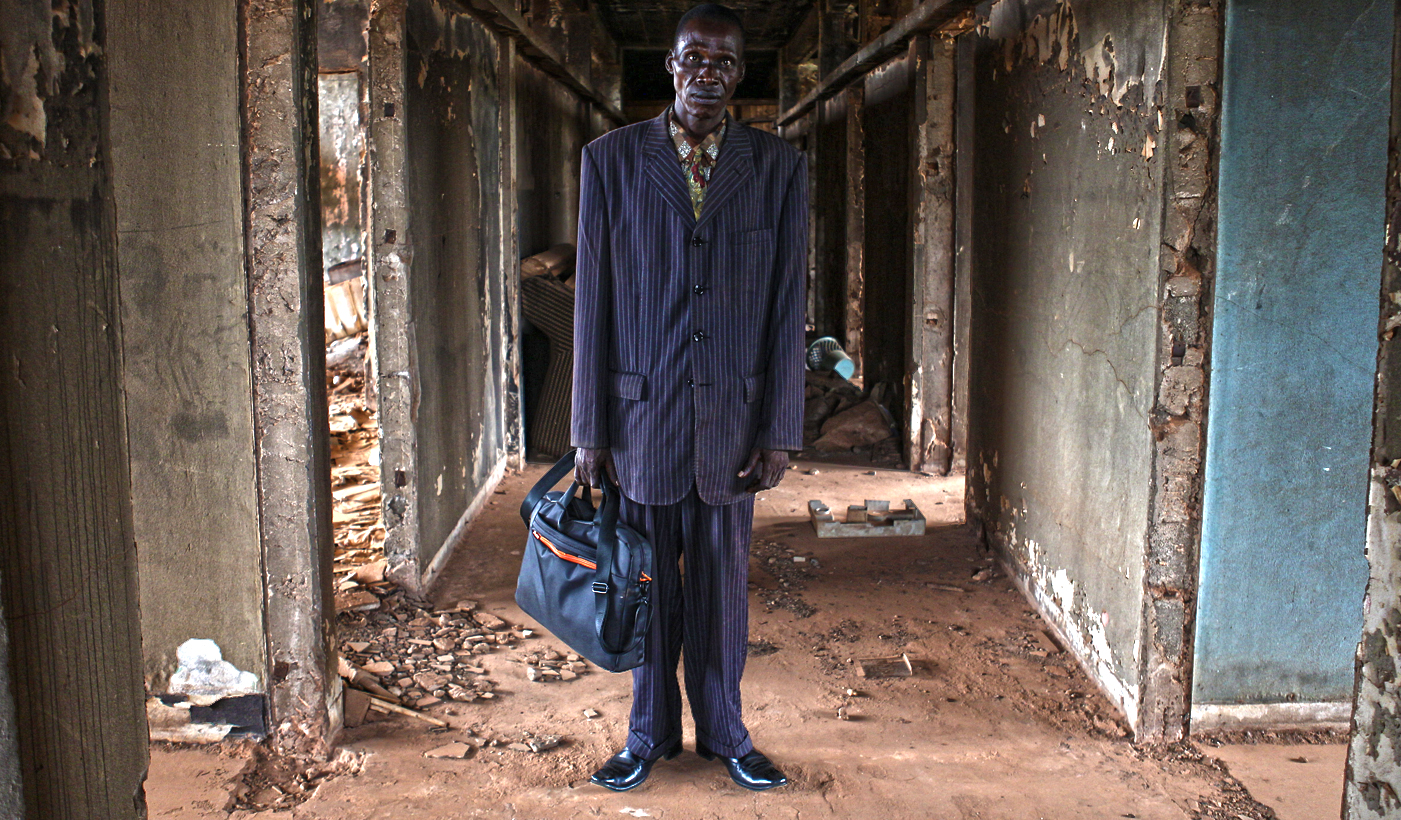 One year has passed since violence reached a peak in Central African Republic, forcing nearly one million people to flee their homes. This year has been marked by the ongoing war, widespread displacement and a critical lack of funding for humanitarian interventions. Despite huge challenges, Central African frontliners are providing life-saving assistance. By UNICEF.

A year after violence in Central African Republic forced one million people from their homes, there are still 410,000 people displaced throughout the country. Madeleine Namsona lives at the displacement site on the grounds of the Bangui airport with 22,000 other people. “I want people to see how I live,” she said.  © UNICEF/2014/Bindra

Between January and April 2014, about 1,500 Muslim and minority Peuhl people were trapped in an enclave in Bangui’s PK12 neighbourhood. The UN helped evacuate most of these families to northern CAR in April. But thousands others remain besieged in enclaves in Bangui, Boda, Carnot, Yaloke and other towns. © UNICEF/2014/Logan

A young girl at the site of a destroyed mosque in the Miskine neighborhood of Bangui. The mosque, in a formerly mixed neighbourhood of Christians and Muslims, is one of many that have been destroyed. © UNICEF/2014/Bindra

There is only one paediatric hospital in Central African Republic, which treats all children wounded in the fighting. Alexis, 3, was struck in the face by the bullet that killed his father. After surgery from Italian NGO, Emergency, he has started to eat again. “I want him to go to school and grow up to be somebody important,” said his mother. © UNICEF/2014/LeMoyne

In the 12 months since intense fighting reached the capital city Bangui, scores of children have been killed, hundreds have been maimed, and thousands have been displaced. More than 5,000 people have died in fighting in Central African Republic, according to an Associated Press tally. © UNICEF/2014/Grarup

Nearly 30,000 children are severely malnourished in CAR. Florence Adeline walked for days through the bush to get nutrition treatment for her two-year-old, Tantine, in the southern town of Boda. After armed men destroyed their home, her family fled to the bush, where for months they drank swamp water and ate wild plants. © UNICEF/2014/Bindra

A United Nations peacekeeping mission started in CAR in mid-September. French and European peacekeeping forces are also active in the country. © UNICEF/2014/Grarup

UNICEF estimates that up to 10,000 children are now active in armed groups in Central African Republic. So far this year, UNICEF has released more than 2,100 children and given them psychosocial support, traced their families and provided them with vocational training. © UNICEF/2014/Pirozzi

The conflict in Central African Republic has been characterised by the looting and pillaging of basic social services, including government offices, schools, health centres, and water treatment plants. ©  UNICEF/2014/Bindra

On average, half of schools in CAR were closed this year. Last month a major Back to School campaign was delayed by violence in Bangui and renewed fighting in the north and west of the country. © UNICEF/2014/Bindra

In areas where it is still too unsafe to re-open schools, UNICEF is running temporary learning spaces where children study maths and French, and receive psychosocial support. “I want to make sure that my students don’t turn to violence and retribution, but learn honesty and gentleness,” said volunteer teacher Antoinette. © UNICEF/2014/Grarup

Water was one basic service that wasn’t devastated by recurring violence in Central African Republic’s capital. Thanks to a partnership with EU-ECHO, UNICEF was able to provide critical water treatment supplies and repairs to sustain Bangui’s water network and truck water to displacement sites. © UNICEF/2014/LeMoyne