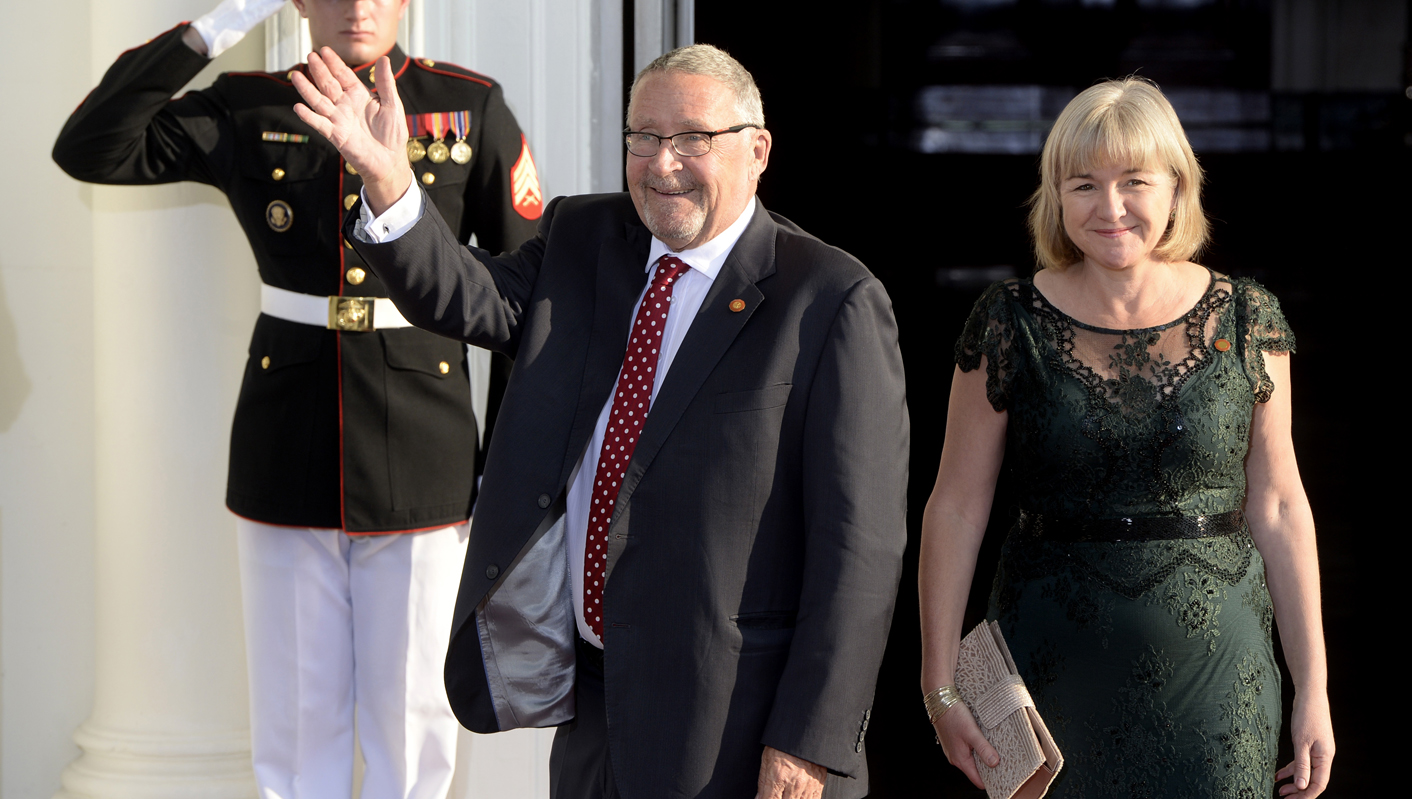 As Zambia heads for special elections in January, no clear favourites are emerging to succeed Michael Sata as president. This is largely the late president’s fault: by failing to plan for a successor, he left his party vulnerable to the messy infighting which is tearing it apart. Fortunately for the contenders – but not particularly encouraging for the country – the other parties aren’t faring much better. By SIMON ALLISON.

For a man who promised so much for so long while in opposition, and then even more once he assumed office, Michael Sata’s legacy is underwhelming. Aside from his flagship initiative to raise the minimum wage, and some much-needed labour law reform, the late Zambian president failed to really stamp his authority on the country, his plans undone by the illness which eventually killed him in October this year.

Most damning, however, was his refusal to acknowledge that illness. Up until the hour of his death, Sata’s administration consistently denied reports that he was sick, and angrily criticised media that suggested otherwise. But they were lying. Even worse, although typical for sick African presidents, Sata sought treatment overseas, a shameful acknowledgment of his country’s inadequate health system (which he was supposed to overhaul).

But his greatest failure, and the one which has already come to define and tarnish his tenure, is Sata’s refusal to commit to a successor. His official deputy, Guy Scott, was never a serious candidate – not only is Scott white and therefore a tough sell politically (even in relatively colour-blind Zambia), but he is constitutionally unable to run for president because he was born to foreign parents. Scott can be interim president, and is performing that role until elections in January, but can’t be anything more than that.

So who then will step permanently into the power vacuum left by Sata? Who will contest the next elections on behalf of the ruling Patriotic Front (PF)? Herein lies the problem. There is no clear successor – and with the stakes so high, the politics is getting ugly.

The infighting began just days after Scott assumed the interim presidency of both the country and party. Scott made the first move, bringing the fault lines into the open by expelling defence minister Edward Lungu from his role as PF secretary general. This was an overreach, however, and did not go down well with ordinary PF members who successfully demanded Lungu’s reinstatement. Since then the party has fractured, with one camp firmly behind Lungu and another camp aligned with Scott and the Sata family, including his widow, son and nephew.

Things came to a head this week when two PF party conferences were held, each choosing a different presidential candidate and each claiming to be the legitimate voice of the party. Lungu’s faction went first, duly electing Lungu as party president while the other faction chose Sata’s nephew, Miles Sampa.

Neither side is in any mood to compromise. “Dr Scott hates me for one reason or another,” said Lungu. “It’s like Dr Scott wants the party to die.” Scott, meanwhile, dismissed Lungu’s support base: “They are most likely thugs bussed in by the Lungu camp. We need to do things properly and follow our party constitution… we cannot take short cuts or work outside the law.”

Now the courts are being asked to adjudicate the split, and to confirm who actually leads the PF. Whatever they say, it might be too late for the ruling party – their divisions can only benefit the opposition parties waiting in the wings.

It’s important to remember that Sata’s win in the 2011 election was not overwhelming. He received 42.24% of the vote, as against 35.63% for then-incumbent Rupiah Banda of the Movement for Multiparty Democracy (MMD). Should Banda’s support base hold strong then any division within the PF would split their vote and potentially give Banda an easy election win.

Fortunately for the PF, Banda, a political opportunist of note, has his own problems. Banda had retired from politics following his 2011 defeat, and the day-to-day running of the MMD was taken over by an evangelistic pastor, Nevers Mumba. It seemed logical that Mumba would be the party’s presidential candidate in these special elections, but Banda had other ideas. In the wake of Sata’s death, he orchestrated a coup within the party to unseat Mumba, and take both the party presidency and the national presidential candidacy for himself. Mumba, however, is challenging this in court, with a hearing scheduled for 10 December.

As Zambia gears up for next month’s elections, there’s no clear favourite to take over from Guy Scott. Both major political parties are fighting messy leadership battles, and could end up fielding two candidates each and perhaps pave the way for an outsider like Hakainde Hichilema, who came third in the 2011 polls. It’s a mess, and one entirely of the late president’s making – had he only planned the succession properly, then his party would be almost guaranteed another term in office. DM

Photo: A file picture dated 05 August 2014 shows the then Vice President of Zambia Guy Scott (L) and his spouse Charlotte Scott (R) as they arrive at the North Portico of the White House, in Washington DC, USA. EPA/MICHAEL REYNOLDS