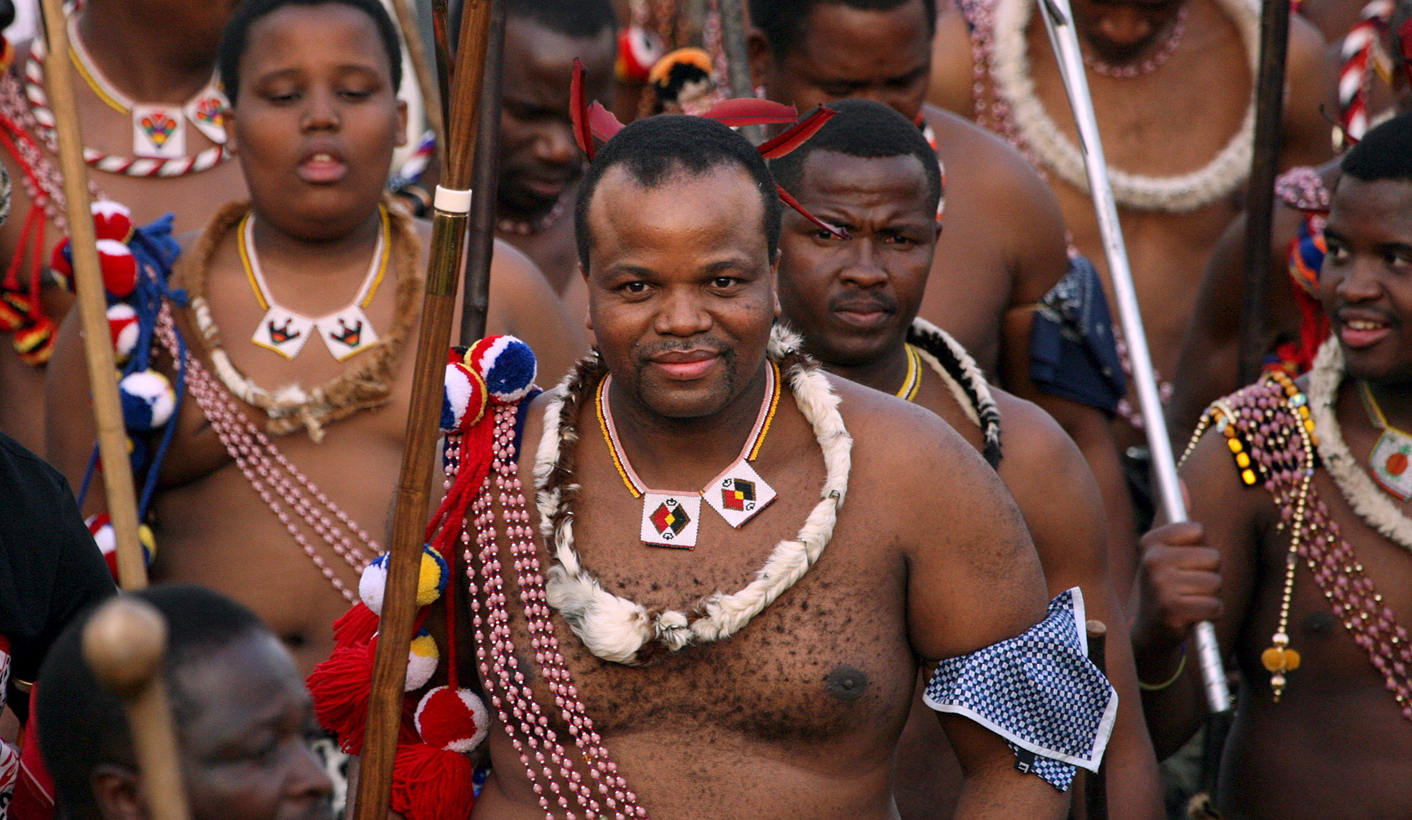 Bheki Makhubu and Thulani Maseko have been in jail in Swaziland since April, and they’re not getting out anytime soon. A new court decision on Wednesday means the journalists’ case will only be heard again in May, which is the next time the Supreme Court will bother to sit. This is justice in Swaziland: slow, vindictive and completely unaccountable. By SIMON ALLISON.

On Wednesday, Swaziland’s Supreme Court delivered more bad news to Bheki Makhubu and Thulani Maseko, ruling that their initial arrests were lawful and that the conviction against them stands. Neither Makhubu nor Maseko were in court to hear the latest verdict, thanks to an administrative mix-up (the court’s unusually early start meant that prison authorities failed to deliver the pair in time).

While distressing, the verdict was hardly surprising. Ever since the pair were arrested for the first time in April this year, they have been fighting a losing battle against Swaziland’s dysfunctional judiciary, which in this case is acting as both judge and accuser.

Here’s the background: in early 2014, a vehicle licence inspector made the mistake of fining a high court judge for the improper use of a state vehicle. The unfortunate inspector was promptly arrested and thrown in jail, charged with contempt of court: the judiciary should not, apparently, be bound by the same laws which they are expected to enforce on others.

Maseko, a local attorney and writer, and Makhubu, editor of The Nation, one of the few independent media outlets in the country, took up the inspector’s cause, writing a series of articles criticizing the judiciary and in particular Chief Justice Michael Ramodibedi for abusing their power and privileges.

“As far as we believe, it’s fair comment, because what they were reporting was true and had happened. But there was a sense that they were rocking the boat too much,” commented Caroline James, who has been monitoring Maseko and Makhubu’s case for the Southern Africa Litigation Centre.

The Chief Justice was not impressed, and Maseko and Makhubu soon joined the inspector in jail, also charged with contempt of court for bringing the judiciary into disrepute. They were both denied bail, and sentenced to two years in prison – a sentence without precedent in Swazi law. The decision was condemned by rights groups in the region and internationally as a violation of basic human rights, and a chilling signal to journalists working in the country that even legitimate criticism would not be tolerated. It was also part of the rationale for the United States to suspend Swaziland from its flagship African Growth and Opportunity Act, depriving Swaziland of a vital export market.

Not that Swaziland’s government seems particularly concerned. King Mswati III is Africa’s last absolute monarch, with the power to make and break laws as he sees fit, and the case of Maseko and Makhubu conforms to a general lack of respect for human rights in Swaziland, and in particular a pronounced sensitivity to any kind of criticism.

Unfortunately for Swaziland, the judicial process on show just seems to confirm how desperately necessary such criticism is. Take Chief Justice Ramodibedi. For one thing, he’s not even Swazi, and until recently also served as the president of the Lesotho Court of Appeals – until he was charged with fraud and corruption, and fled Lesotho with his tail between his legs.

Still, for a man who served as one of the most senior jurists in two separate southern African countries, one could reasonably expect enough expertise to know that he can’t serve as both the principal complainant and the judge in the same case. This expectation would be wrong: Ramodibedi, who instigated the charges against Maseko and Makhubu, was also one of the judges ruling on the legality or otherwise of their arrests on Wednesday. So much for a fair trial.

He’ll also be judging the pair when they next appear before the Supreme Court, which will only be in May 2015. That’s because Swaziland’s highest court only sits twice a year – clearly the judiciary is not used to its decisions being questioned. As to why Maseko and Makhubu’s appeal of their conviction and sentence didn’t make it onto the roll for this December sitting, well that is once again a question for the chief justice, whose job it is to schedule cases. Yet another conflict of interest.

“In general [the Swazi judiciary] is very poor,” commented James. “There is certainly very little independence of the judiciary. The chief justice seems to be the king’s right hand man, and he makes sure that any political cases will get heard by judges amenable to the government, and any independent judges get impeached or just don’t hear important cases. We don’t have very much faith in the Swazi judiciary at all.” DM