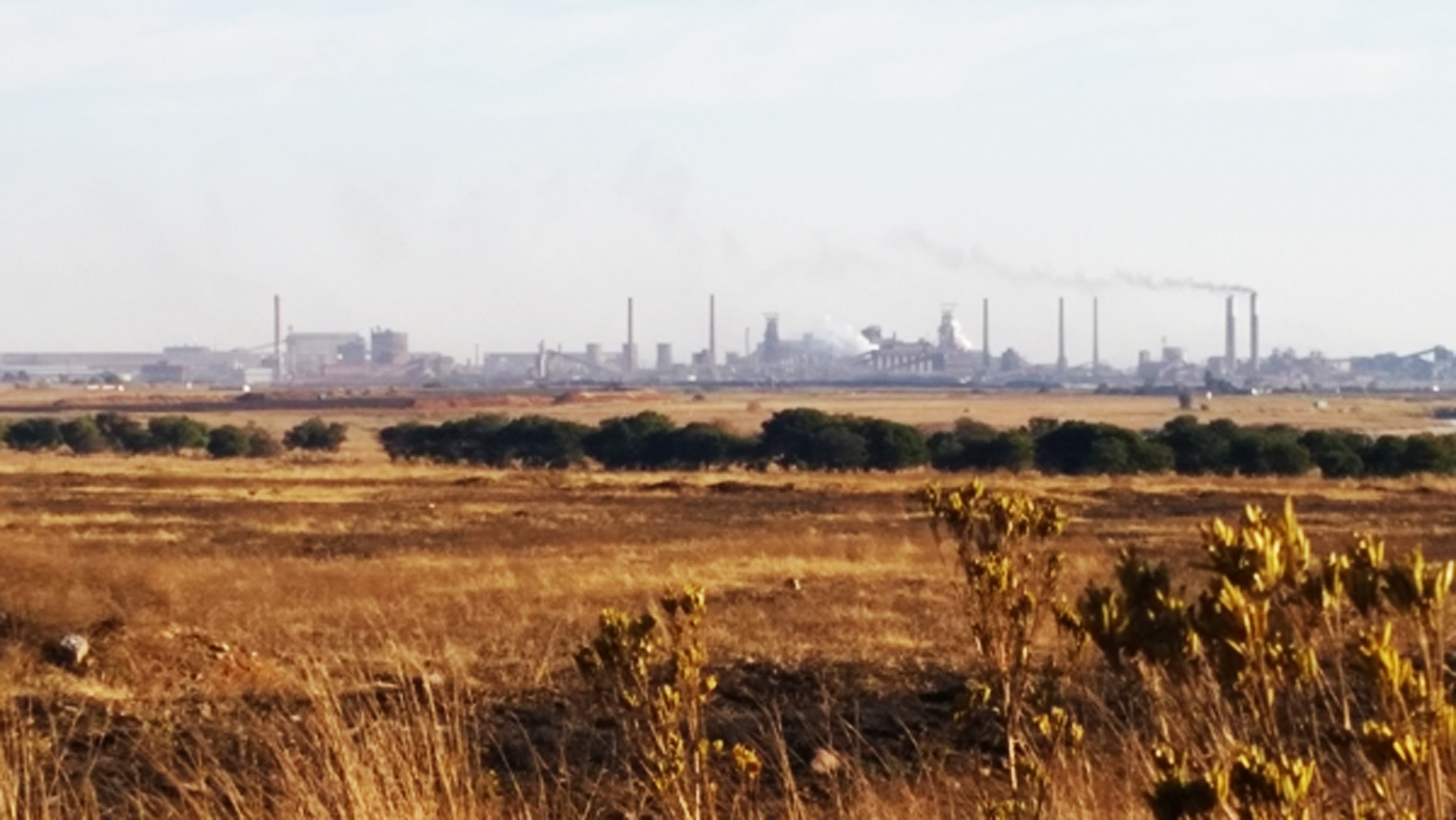 Steel Valley communities’ victory against ArcelorMittal is a victory for pollution-affected communities across the country, writes Melissa Fourie for GROUNDUP.

Listening to Vaal Environmental Justice Alliance (VEJA) coordinator Samson Mokoena talk about the struggles of the communities of Steel Valley – the steel-making hub south of Johannesburg around Vanderbijlpark and Vereeniging – to find out the truth about the pollution caused by steel-making giant ArcelorMittal South Africa (AMSA), one is reminded why last week’s victory in the Supreme Court of Appeal is such an important event for communities across the country.

Samson grew up around Vanderbijlpark, and saw the Vanderbijlpark steelworks every day. He describes how the once vibrant, thriving community around the steelworks changed as the plant’s pollution started to affect groundwater, soil and air quality: land and water became poisonous to plants and animals, and local residents who could afford to, were forced to leave.

Today, only a few families still struggle to survive on the land surrounding the Vanderbijlpark plant.

According to Samson, it was a battle to understand exactly how far the pollution extended, and the true cost of the pollution caused by AMSA (and its predecessor Iscor). At all times, Iscor denied that it was responsible for the pollution in Vanderbijlpark.

When confronted by the communities and the Minister of Water Affairs in 1999, Iscor commissioned a large environmental impact study that would become known as the Environmental Master Plan – an expensive, comprehensive strategy document that contains the results of numerous specialist environmental tests for pollution levels at Vanderbijlpark, as well as its plans to address this pollution and rehabilitate its sites over a 20-year period.

But despite undertakings by Iscor to share the Master Plan with local communities, in 2003 they were only given a summary report of the Master Plan. This summary failed to answer their questions, and left the communities frustrated and angry. It also identified that various significant unacceptable environmental risks existed at the site.

VEJA and groundWork approached the attorneys at the CER to act on VEJA’s behalf and advised VEJA to use the Promotion of Access to Information Act (PAIA) formally to request disclosure of the Master Plan. In February 2012, VEJA also requested records relating to the closure and rehabilitation of the company’s Vaal Disposal Site, situated in Vereeniging, after the company had illegally dumped hazardous waste there. AMSA refused both requests, arguing that VEJA had no right to access the documents. VEJA then applied to the High Court, which, in 2013, upheld VEJA’s arguments and ordered AMSA to release the documents.

Instead, AMSA appealed to the Supreme Court of Appeal (SCA).

In a hard-hitting judgement handed down on 26 November 2014, the SCA ordered AMSA to release the Master Plan and other records to VEJA, and to pay VEJA’s legal costs.

“The judgement recognises the importance of consultation and interaction with the public. After all, environmental degradation affects us all.”

The SCA refused AMSA’s appeal against the September 2013 High Court judgement ordering AMSA to release its Environmental “Master Plan”, as well as documents relating to its Vaal Disposal Site, and unanimously upheld the High Court judgement. This means that AMSA must make the documents available to VEJA by 17 December 2014.

The SCA made a number of critical findings in relation to AMSA’s lack of good faith in its engagement with VEJA and the discrepancies between AMSA’s shareholder communications and its actual conduct. The SCA also emphasised the importance of corporate transparency in relation to environmental issues, stating that “Corporations operating within our borders… must be left in no doubt that, in relation to the environment in circumstances such as those under discussion, there is no room for secrecy and that constitutional values will be enforced”.

The SCA highlighted the “dangers of a culture of secrecy and unresponsiveness”. The Court emphasised AMSA’s history of environmental impacts, pointing out that such impacts are of public interest and importance, and do not only affect persons and communities in the immediate vicinity of its facilities. The Court also pointed out that AMSA’s approach contradicts its publicly-stated commitment to engage with environmental activists, calling “into question [AMSA’s] stated commitment to collaborative corporate governance in relation to the environment, as well as its bona fides in resisting the request for information”.

The judgement recognises “the importance of consultation and interaction with the public. After all, environmental degradation affects us all”. As an “advocate of environmental justice”, VEJA is entitled to the information sought and “to monitor the operations of [AMSA] and its effects on the environment”.

Robyn Hugo, attorney at the CER who was responsible for the court proceedings, reminded us last week that the AMSA case is about accountability. “Industries like AMSA regularly refuse to release environmental information – as basic as licences – to non-government and community organisations. Like AMSA, these companies simultaneously claim – in communications with shareholders and the public – that they engage constructively with stakeholders, and are committed to transparency. The SCA has confirmed that this approach is not only disingenuous, but unacceptable.”

On 17 December 2014, VEJA and the Steel Valley community will finally be given the information they have sought for more than a decade. They plan to get experts to assist them to interrogate the contents, and advise them on the way forward. They also plan to put copies of the Master Plan in important places, like the Vanderbijlpark Library, with a special plaque.

Samson Mokoena from VEJA also emphasises the impact of the AMSA case for communities across South Africa affected by industrial pollution, referring to the Constitutional right to know how companies are affecting our health and the environment. “Polluting companies like AMSA can no longer to try to hide this kind of information.” DM

Read more about the judgement.

This feature was first published on www.groundup.org.za.The opinions expressed in this article are solely those of the author(s). Melissa Fourie is an attorney and executive director of the Centre for Environmental Rights, a non-profit law clinic and advocacy organisation that works to advance environmental rights in South Africa.