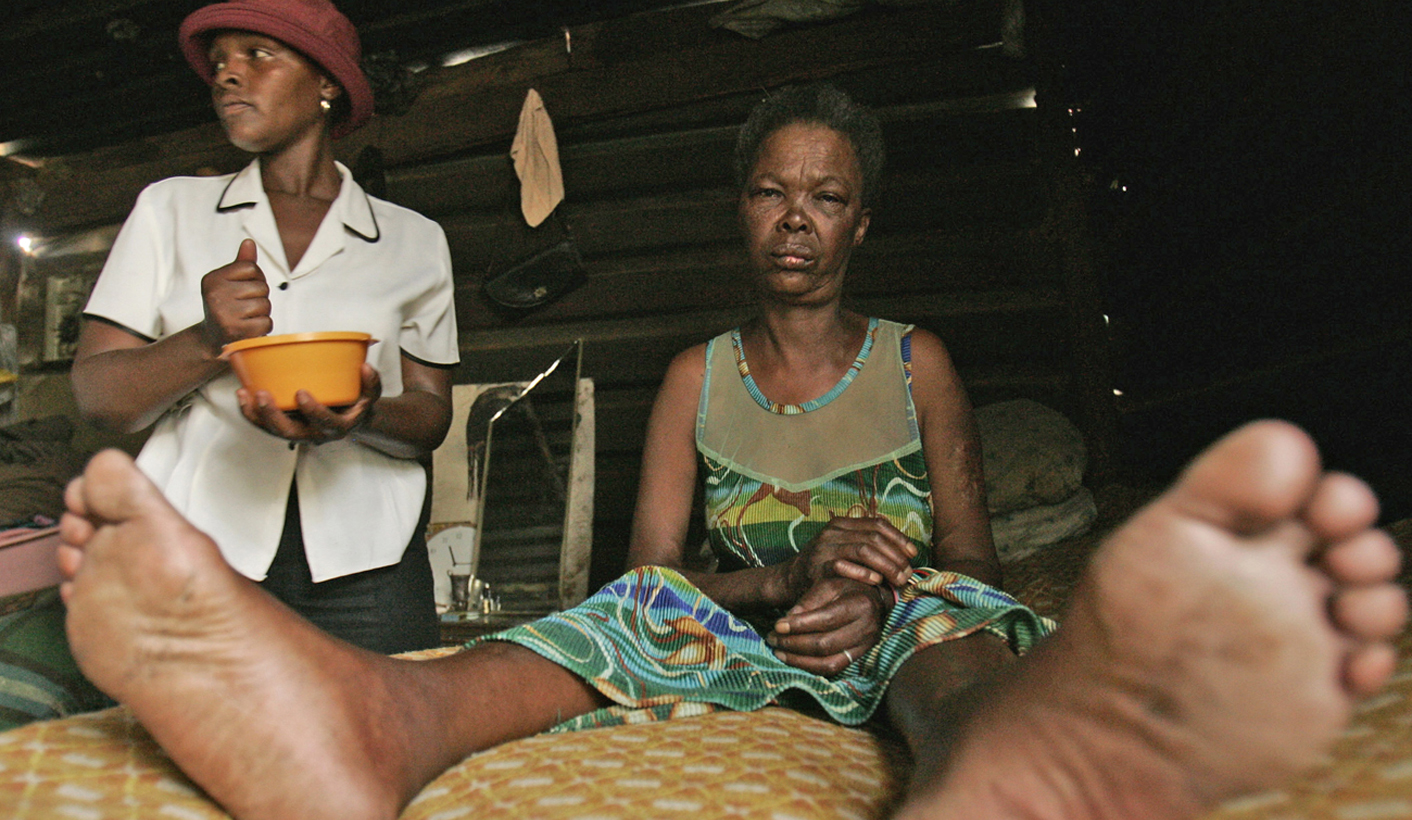 Some days our national narrative seems to be so dominated by fears for our safety that it can be easy to forget that most South Africans do not die in a hail of bullets, at the point of a knife, at the hands of a lover or in an unroadworthy vehicle. As the latest Mortality Report from Stats SA shows, South Africans overwhelmingly die from largely preventable diseases. When will we get as worked up about health as we are about crime? By REBECCA DAVIS.

This is one of the few times of the year when at least one health issue gets a reasonable amount of news space: World Aids Day, 1 December, provides an opportunity for Aids to command headlines in a way that it rarely does for the rest of the year.

In fairness, 2014 has been a year where health probably took up more of the global conversation than normal. But it wasn’t because of HIV, or TB, or cancer, or diabetes. It was because of Ebola.

When the Democratic Alliance released their annual Cabinet report card on Monday, Parliament leader Mmusi Maimane announced that Health Minister Aaron Motsoaledi would be scored 6/10, one of the top results for government ministers.

Wasn’t that a bit high, journalists wanted to know. What with the widespread shortages of essential medication at public clinics nationwide, the failure to implement a feasible NHI plan, the fact that TAC’s Mark Heywood has described South Africa’s health systems as being in “cardiac arrest”…

Maimane demurred. “The Minister has been quite strong about responding to Ebola,” he said.

Ebola, unsurprisingly, is not on the list of top causes of natural death in South Africa.

Statistics SA’s “Mortality and Causes of Death” report, which looks at the manner in which South Africans died in 2013, makes a distinction between “natural” and “non-natural” causes of death.

Death, Statistician General Pali Lehohla helpfully explained on Tuesday, is “a permanent disappearance of all evidence of life after a live birth has occurred”.

By “natural” causes of death they mean, essentially, health disorders of various kinds, though many would say that there is nothing “natural” about an infant dying of malnutrition. Malnutrition is the third leading underlying cause of death for South African infants from 29 days to 11 months, and continues to kill 7% of children who die aged 1 to 4.

“Non-natural” causes of death encompass transport accidents, crime, death by fire or drowning, suicide, and others. (Suicide made up 1% of non-natural deaths in 2013, according to Stats SA.)

Non-natural deaths in South Africa have decreased since 1997, when they were around 17% of all recorded deaths, but they have been on a slight rise since 2009. Northern Cape has the highest number of deaths from assault; Limpopo, the highest from transport accidents.

Transport deaths peak in March, June and December, and the same pattern holds for assault deaths. Lehohla joked darkly that perhaps these months “have to be removed from the national calendar”: December is particularly deadly for assaults.

But the vast majority of South African deaths – around 90% – are not from assault or traffic accidents. They are from largely preventable disease.

Tuberculosis continues to account for the greatest number of recorded deaths, at 8,8%. There are six provinces in which TB is the leading cause of death. Flu and pneumonia are in second place, at 5,2% of recorded deaths.

In third place is HIV, at 5,1%. This is a leap of three places from the previous year, but Lehohla cautioned against potential misinterpretation of this jump.

The Statistician-General suggested that doctors may be becoming more comfortable recording deaths as a result of “HIV disease” rather than employing euphemisms used in the past, such as “immuno-compromised”. In the past, family members may have exerted pressure on doctors to conceal the real cause of death because of concerns around confidentiality, stigma, and whether life insurance would pay out. The training of doctors in cause-of-death certification might have led to more accurate recording, Lehohla suggested.

But the media release put out by Stats SA stressed that the question was left unanswered. “Is the number of deaths due to HIV disease actually increasing in South Africa?” it asked. “While further research is required to answer these questions, the results are indicative of changing patterns of reporting HIV-related and HIV-specific causes of death in South Africa”.

In general terms, overall, fewer South Africans are dying: a decline which has continued since around 2006. Despite TB, flu and pneumonia continuing to lead the chart, Stats SA also notes that “their contribution to the overall number of deaths has been declining consistently”.

One of the alarming shifts, however, is the steady rise of diabetes as a cause of death, claiming 4,8% of all recorded deaths last year. Diabetes kills 1,5 more females than males, Lehohla said, though other forms of disease (particularly HIV) are currently killing more males than females. Lehohla sounded a particular note of concern about diabetes, calling it a “prominent killer”. In the Western Cape, diabetes is the leading cause of death.

In total, to put it into a form which statisticians hate, but which makes it easier for many of us to understand, almost 80 South Africans died every day in 2013 from “endocrine, nutritional and metabolic diseases”.

Lehohla and his team are statisticians, not public health experts, and it will be up to the latter to tease out the implications of these latest figures. From next year, Lehohla said that Stats SA hopes to be able to produce these figures quarterly.

As the report notes somberly in its introduction: “One of the best ways to help the living is by counting the dead”. Too many of the living continue to die preventable deaths. DM

Stats SA Mortality and Causes of Death in South Africa, 2013