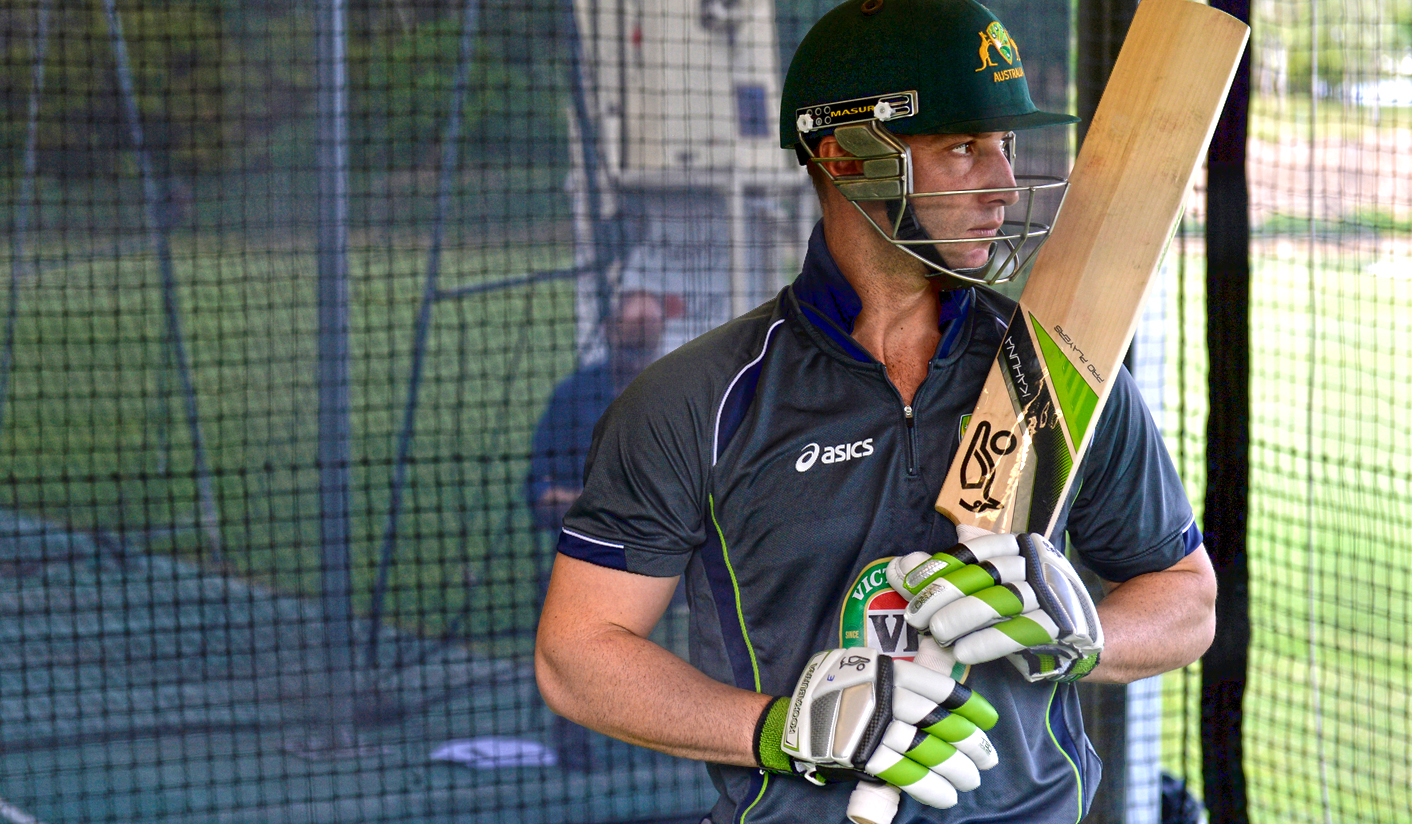 Following the tragic death of Australian cricketer Phillip Hughes, much focus has been on protecting players. As important, if not more important, is that players are taught the right technique from a very young age. By ANTOINETTE MULLER.

Following the tragic death of Phillip Hughes last week, much has been made about the safety of cricket and, in particular, the safety of the protective gear players wear. Hughes died after being hit in the neck by a bouncer. The impact caused a haemorrhage in the brain. The injury itself – in medical terms, a vertebral artery dissection, leading to subarachnoid haemorrhage – is an incredibly rare condition. Call it a freak accident, if you will. But, of course, one freak accident is an accident too many.

Hughes also wasn’t the first cricket player to die while playing in recent times. Just last year, South African Darryn Randall was hit in the head by a bouncer during a club game. He is believed to have died instantly on the pitch. A number of others have died through injuries sustained while batting, most often from being hit in the head, but from time to time, also being hit in the chest.

Cricket can be a dangerous sport, of that there is no doubt. It is one of the reasons why there are rules and regulations and why players wear helmets and other guards. The Hughes incident has, rightly, prompted helmet manufacturers and players to call for the safety of their gear to be reassessed. Looking at ways to protect the batsmen’s neck, without restricting movement, is one thing helmet manufacturers have said they will be looking at. The helmets themselves are also constantly evolving to absorb pressure better and be safer for those who play the game.

But all the protective gear in the world will not be a substitute for the correct technique. It’s no secret that batsmen are getting hit far more often than they used to before helmets became commonplace. The protective gear can, in some cases, breed complacency.

The rise of T20 cricket and attacking play has seen some of the most talented players in the world completely revolutionise the game. But not every player is a freakish talent and you certainly aren’t a freakish talent when playing at junior level. It’s therefore crucial that evasive techniques are taught at age group level. Ducking is as important as attacking and learning to play off the back foot is as important as going on the charge from the front.

Helmets have, in some cases, given players a false sense of security. Pulling or hooking short balls happens far more often than it used to and even the lower order batsmen have no problem taking on the quicks. It is vital that the correct technique is taught from a young age. When a fast bowler is steaming in, batsmen have very little time to actually make a decision. Batsmen have about 0.4 seconds to think about how to react to a short ball. In those few moments, the fight or flight instinct kicks in.

Some have suggested that a solution would be to simply ban the bouncer from being used until the correct and best protective gear is invented. While that solution has its merits, it’s a delivery that forms part of the game. Former New Zealand fast bowler Iain O’Brien brilliantly expressed why this delivery is so important and why it should remain as part of the game.

Even if the bouncer is to be banned, what then of the close in fielders and the umpires? This weekend, an umpire in Israel, Hillel Oscar, was hit in the neck from a batsman’s shot. He could not be revived and died. What has become very clear in the last few days is that cricket can be a very dangerous sport. Like with other dangerous sports from boxing to motor racing, there will be tragedies. It’s horrible and heartbreaking, and it’s something nobody wants to deal with, but it’s reality. Instead of taking away something that is part of the game, focus should rather shift to reducing the risk of tragedy to a minimum.

Respect to the sport and its dangers, as well as ensuring all players and officials are equipped with the right technique and the best protective gear. This is a far more rational approach than trying to completely alter the sport’s existence. DM