Gayton McKenzie and the new defenders of South African...

Gayton McKenzie and the new defenders of South African womanhood 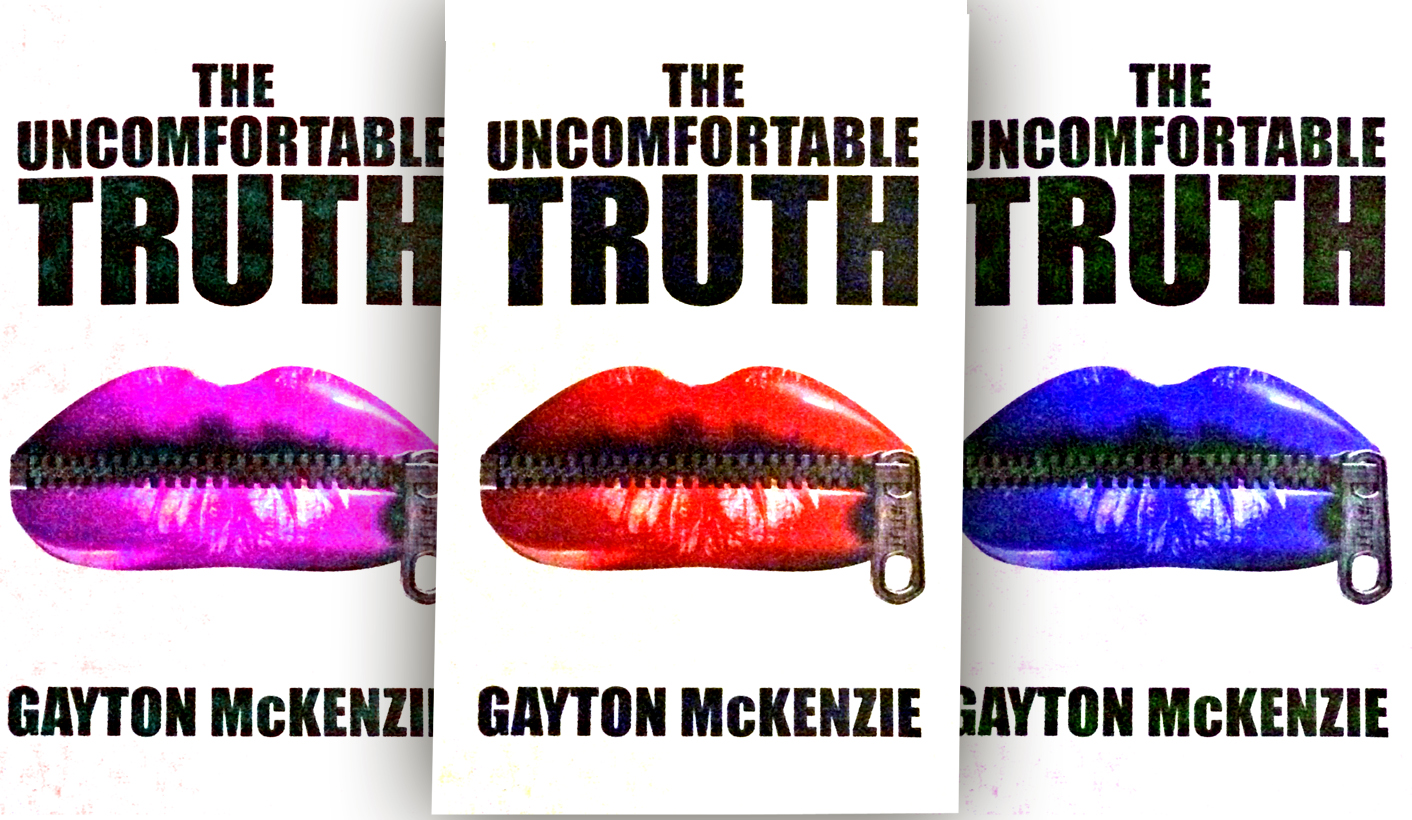 Convicted bank robber-turned-politician Gayton McKenzie has written a book. And not just any book. A self-help book. For women. In ‘The Uncomfortable Truth’, McKenzie mines his rich experience dating “thousands” of women to tell other women how to dress and behave in order to win a man. The weird thing is that McKenzie repeatedly denounces gender inequality and patriarchy while espousing jaw-droppingly sexist views. He’s not alone in this bewildering new outlook. By REBECCA DAVIS.

The last time Gayton McKenzie swanned into the South African consciousness, it was with the establishment of his own political party. Side by side with fellow former felon Kenny Kunene, McKenzie launched the Patriotic Alliance in November 2013. The party hoped they could win the support particularly of disaffected coloured Western Cape residents, but they ended up securing just over 13,000 votes.

And now we know who those 13,000 voters were: McKenzie’s ex-girlfriends and baby mommas.

He is a true Renaissance Man, is Gayton. His story is the South African dream made flesh. “I’ve always had ambition,” he explains in The Uncomfortable Truth. “At one stage that meant I was, in fact, a good bank robber.”

McKenzie left prison after seven years with R12 in his pocket but something much more valuable in his soul: an epic bromance with Kenny Kunene. The two have gone on to build an inspiring multi-million rand business empire together. At least, that’s what McKenzie’s last book – A Hustler’s Bible – claimed. I’m not entirely sure what McKenzie actually does, in practical terms, for a living. It’s also remarkable that he has any time for work at all, with his hellish daily schedule of seducing and impregnating women.

But make no mistake: McKenzie has known the fine life. The subtitle of his new book could be “Started From The Bottom Now We Here”. This is why women swarm over him like ants on a cupcake.

“If I want to be escorted in a Rolls-Royce, Maybach or drive a McLaren supercar for a week, I don’t even have to buy them,” McKenzie tells us airily. “I can rent or even just borrow them for free. For someone like me, such things can be arranged with a single phone call. I can do the same with helicopters and even private jets.”

That’s nice. But we’re getting off topic. Why, you may well ask, is Gayton McKenzie writing a self-help book for women?

It’s simple. McKenzie is bent on warning women away from men like him. “The thought that someone might do to my daughters what I did to other men’s daughters is absolutely frightening,” he writes.

It’s really adorable how this happens to some men when they sow their seed. Women are absolutely fair game to be degraded and humiliated – except their own daughters.

In an SABC radio interview it was claimed that McKenzie’s book is a bestseller. If women are actually buying it for advice on how to be a human female, they are absorbing a veritable fever-dream: a toxic cocktail of confusing ‘girl power’ rhetoric swirled with medieval notions of femininity.

“When the bedroom door closes, no man has time for crossed legs,” McKenzie admonishes in a stern (and indeed slightly rapist-ish) tone. In the same breath, though: “Have your boundaries.” A page later: “Be a rollercoaster without brakes.”

He has devised a complex taxonomy of women who are bad in bed. The worst of all is the woman he calls “the crime victim”.

“This is every guy’s worst girl,” he says. “This is the woman who lies there half dead, like she’s just been shot.”

But he kindly notes that sometimes this is because women have been abused in the past. Don’t beat yourself up, ladies! “In this case, you’re acting like a crime victim because you actually are a crime victim.” Be sure to get over that soon, though, in order to become that special someone who “likes to be pounded like they’re a piece of steak being tenderised under a butcher’s hammer”.

It’s a scientific fact that men are promiscuous, Gayton reminds us. “I’ve cheated on almost every single woman I’ve ever dated.” Just don’t be the slut who cheats on him: “The mere thought of my girlfriend being touched by another man drives me crazy.”

Not all men cheat, of course. Some men are saints. Men who are “going through the worst form of pressure, who are denied sex, who have the fattest of ladies,” and inexplicably fail to screw around.

One such saint is a friend of Gayton and Kenny’s, whose wife is a paraplegic, so he hasn’t had sex in 16 years. Gayton and Kenny continuously implore him to seek a little extra-mural sexual relief. Gayton reports, without a flicker of shame, that this poor man eventually texts them: “Please stop, otherwise I will be forced to end our friendship even though I love you guys”.

Abuse is evil, begins one chapter, but McKenzie means the abuse a man suffers at the hand of his lady. “A psycho is any guy’s worst nightmare. Few psycho girls know they are psycho.” Psychos, unfortunately, end up killing men. It’s a well-documented epidemic of violence in contemporary South Africa.

“It’s distressing to look at how many women have ended up in prison for crimes of passion,” McKenzie writes. “Men fall into it too, but it’s one of the few crimes that men aren’t streets ahead of women on.”

McKenzie has eight children by different mothers. Once he has granted these blessed women the sacrament of his sperm in their uterus, it is up to them to be nice enough to McKenzie to win a return visit.

“A baby momma must realise that whether or not a man visits his children is truly his own choice,” he writes.

Despite his many self-proclaimed talents, McKenzie appears to lack a vital irony detector. “Sexist jokes about a woman’s place being in the kitchen aside, please don’t ever utter the line ‘I can’t cook’,” he lectures.

But it’s telling that he explicitly rejects those “sexist jokes”, because this is the central paradox of this deeply perplexing book: McKenzie certainly does not consider himself sexist. Quite the opposite.

He takes it further. “Every girl should be a feminist,” he writes. “It’s not the same as saying you shouldn’t wear makeup or otherwise prettify yourself. Being a feminist is not about being bitter about anything…Quite simply, feminism just means that women should be treated the same as men.”

Like, what? McKenzie is a man who feminists would ordinarily cross the street to avoid, to put it mildly, yet here he is waving the flag for women’s emancipation! In the same breath with which McKenzie rallies women for a gender revolution, he endorses centuries-old repressive notions of the “ideal woman”.

Reading The Uncomfortable Truth reminded me of another former crony of Kenny Kunene’s who dabbles in the same kind of double-think: Julius Malema.

Malema claims to have taken up the mantle of the EFF’s hero Thomas Sankara when it comes to women’s liberation. He is the first to point fingers at other politicians for perceived misogyny. But every now and then his slip shows, as it did last week when he called Small Business Minister Lindiwe Zulu a “street meid”, minutes after deploring the removal of a female EFF MP from the National Assembly as sexism.

“It is difficult to confront sexism dished out as casually as that,” the M&G’s Verashni Pillay wrote of her experience of being in the press conference in question. “Like the popular kid in the class, Malema has a way of creating a protective layer around himself in a room.” Most journalists will know what she means: I, too, have tried to confront Malema on an explicitly sexist comment in the past and had it genially, effortlessly, deflected. Sexist? Me?

This, it appears, is the (Janus) face of South Africa’s new gender champions. Feminists in the streets, same old sexists between the sheets. Aluta continua. DM