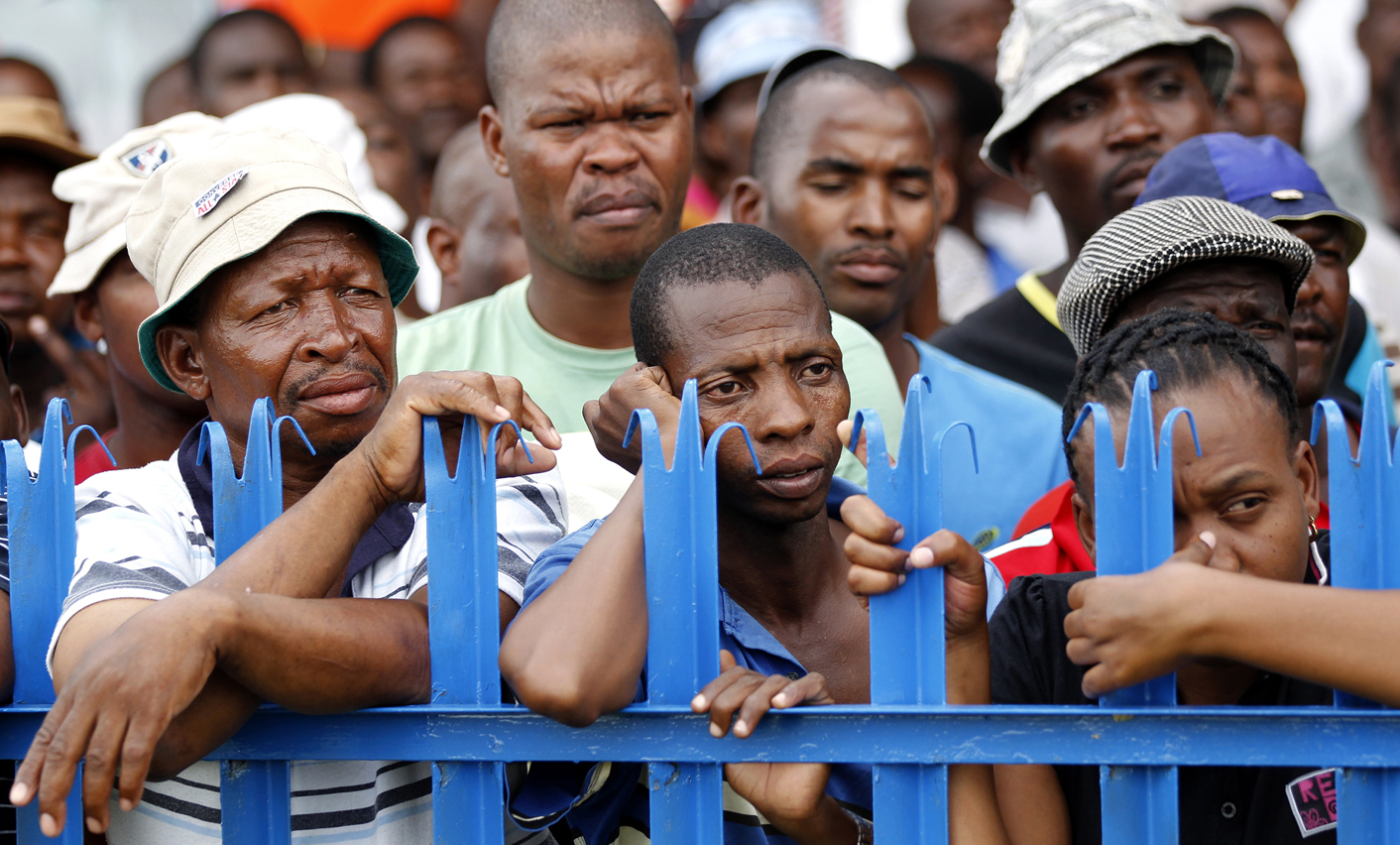 Notwithstanding the variable impact on employment, minimum wages have overwhelmingly been found to decrease poverty and inequality. But the picture is also more complex than that. The national minimum wage is a step towards an alternative growth path. By GILAD ISAACS & BEN FINE.

In 1993 Princeton researchers David Card and Alan Krueger turned conventional wisdom on its head. Their now-famous study showed that increasing the minimum wage in New Jersey did not negatively impact on employment in that state’s fast food industry.

The research and debate that has ensued over the past two decades is worth considering as the contest over the future of South Africa’s new national minimum wage legislation heats up.

The main “common sense” argument made is that by imposing minimum wages one artificially raises the price of labour away from its “market-clearing” level and higher unemployment results.

Such a position is premised on limited, if not faulty, economic theory and contradicted by much of the empirical research.

The most comprehensive review (summary here) of the impact of minimum wages in South Africa – implemented in eleven different sectors since 1999 – was conducted by researchers from UCT and Cornell University on five sectors: retail and wholesale, domestic workers, forestry, taxi workers, and private security. The study found no negative impact on employment resulting from the minimum wage. In three out of the five sectors workers emerged materially better off. Studies on the agricultural sector found that institution of a minimum wage did negatively impact employment.

These results align with studies conducted elsewhere, with the United States producing the greatest volume of research.

Case studies similar to those of Card and Krueger – particularly those studies contrasting labour markets experiencing a minimum-wage increase with a carefully chosen comparison – tend to find that minimum-wage increases have little or no effect on employment. The same holds for a number of meta-analyses – studies which draw conclusions out of a survey of the literature by combining results from a range of studies. The respected 2009 meta-analysis by Doucouliagos and Stanley incorporating 64 minimum-wage studies that covered 1,474 individual estimates showed no support for adverse effects. Many other developed nations, for example the United Kingdom, offer similar results.

The evidence from the developing world is mixed, partly because of fewer studies and less comprehensive statistics, and partly because higher unemployment, large informal sectors and forms of non-wage income make analysis trickier. Research shows that Brazil (1982-2004 and 2002–2011) and Uruguay (2003–2014) saw reductions in unemployment at the same time that minimum wages were radically increased. On the other hand, countries such as Colombia (1977–1987) and Costa Rica (1988–2000) experienced negative impacts on employment. In some countries, such as Indonesia, studies have yielded conflicting results. Notwithstanding the variable impact on employment, minimum wages have overwhelmingly been found to decrease poverty and inequality.

How can the evidence on labour markets contradict the supposedly “common sense” theoretical premise that, like the market for fish, an increase in price will mean lower demand?

Neoclassical economic theory thinks of labour markets as akin to other markets, governed by the iron laws of supply and demand, in which, if left undistorted, a price will be reached at which everything in the market will be sold. In the same vein, so the theory goes, no involuntary unemployment other than that caused by excessively high wages should exist.

Unemployment, for instance, is present even in when wages are low and there are no prescribed minima; neoclassical economists are forced to classify this joblessness as “voluntary”. In South Africa large-scale unemployment began in the 1970s and, by 1994, was, broadly defined, already at 30%.

Regarding wage setting, employers, for instance, may not simply accept the hypothetical “market price” of labour but are sometimes – because of structural power imbalances – able to force wages below this. In this instance wages may actually be below what it costs the worker to live and the state must pick up the bill or the worker end up hungry, sick or homeless. On the other hand, because wages must, to some extent, support the worker (at standards set by social norms) there’s a floor beneath which wages will not fall despite high unemployment indicating “excess” labour supply. There is also no straightforward relationship between skills and qualifications (which supposedly determine wages) and wage levels, evident in the persistence of huge wage differences between genders and races.

These are just a few illustrations of why the stylised idea of “perfectly competitive” labour markets governed by simply supply and demand is inapplicable.

Instead, levels of employment are determined by a broad range of economic determinants such as the level of investment – itself a product of factors such as infrastructure, crime, skills, geographical location, natural resources, interest rates, capital mobility and financial market speculation, as well as historical, political and social concerns. Wages are themselves an outcome of the type of investment and jobs created, and shaped by class, conflict, power and other social factors. Wage levels may be one consideration in investment decisions but the evidence indicates there is no unidirectional causation between wage, investment and employment.

In some respects, those who fiercely oppose minimum wage legislation, without regard to logical argument or empirical evidence, fully understand this wider landscape. They wish, however, both to confine the debate to the single dimension of higher wages causing unemployment and to preclude a broader strategy that is not simply about restraining wages.

But this traditional low-wage growth path in South Africa is exhausted as both an economic and political strategy. In the context of mediocre growth and rising inequality over the last two decades workers are demonstrating that they are ever less willing to tolerate poverty wages.

Wages must be set to target productivity and efficiency – evidence suggests that due to insecurity, labour discontent and the inability to live a healthy lifestyle, low wages do not necessarily achieve this – and to achieve broad macroeconomic goals such as growth and the reduction of inequality, poverty and unemployment.

There are good reasons why wage increases could expand, not reduce, both employment and growth. For instance, boosting household income – as Henry Ford realised when he needed consumers that could afford his cars – can increase demand in the economy spurring growth and employment in other industries. Further, as the World Bank and IMF acknowledge, high levels of inequality actually retard growth.

These positive effects are not guaranteed. Rather, they point to the necessity of taking a broader view of how the economy – and labour markets within it – functions as a whole.

The national minimum wage is a step towards an alternative growth path. But it must be accompanied by other initiatives, such as industrial policy that sees South Africa create jobs in sectors that can sustain moderately higher wages, and grow sectors that can benefit from, and contribute to, increased domestic demand.

We should view with skepticism any claims that there is a simplistic mechanical link between wages and levels of employment. The stakes are too high for such distortions to fly in the face of logic, evidence and need. DM

This is a longer version of an article that first appeared in City Press on Sunday.

Gilad Isaacs is a PhD student in economics at SOAS, University of London. Dr. Ben Fine is Professor of Economics at SOAS. Isaacs and Fine work together on the Political Economic of Restructuring (Persa) project.

Photo: Mine workers listen to Zwelinzima Vavi, COSATU General Secretary (not in picture), during his address at the Impala Platinum mine in Rustenburg, 120 km (74.6 miles) northwest of Johannesburg February 21, 2012. REUTERS/Sipiwe Sibeko