NPA vs SAPS: Justice is down and out 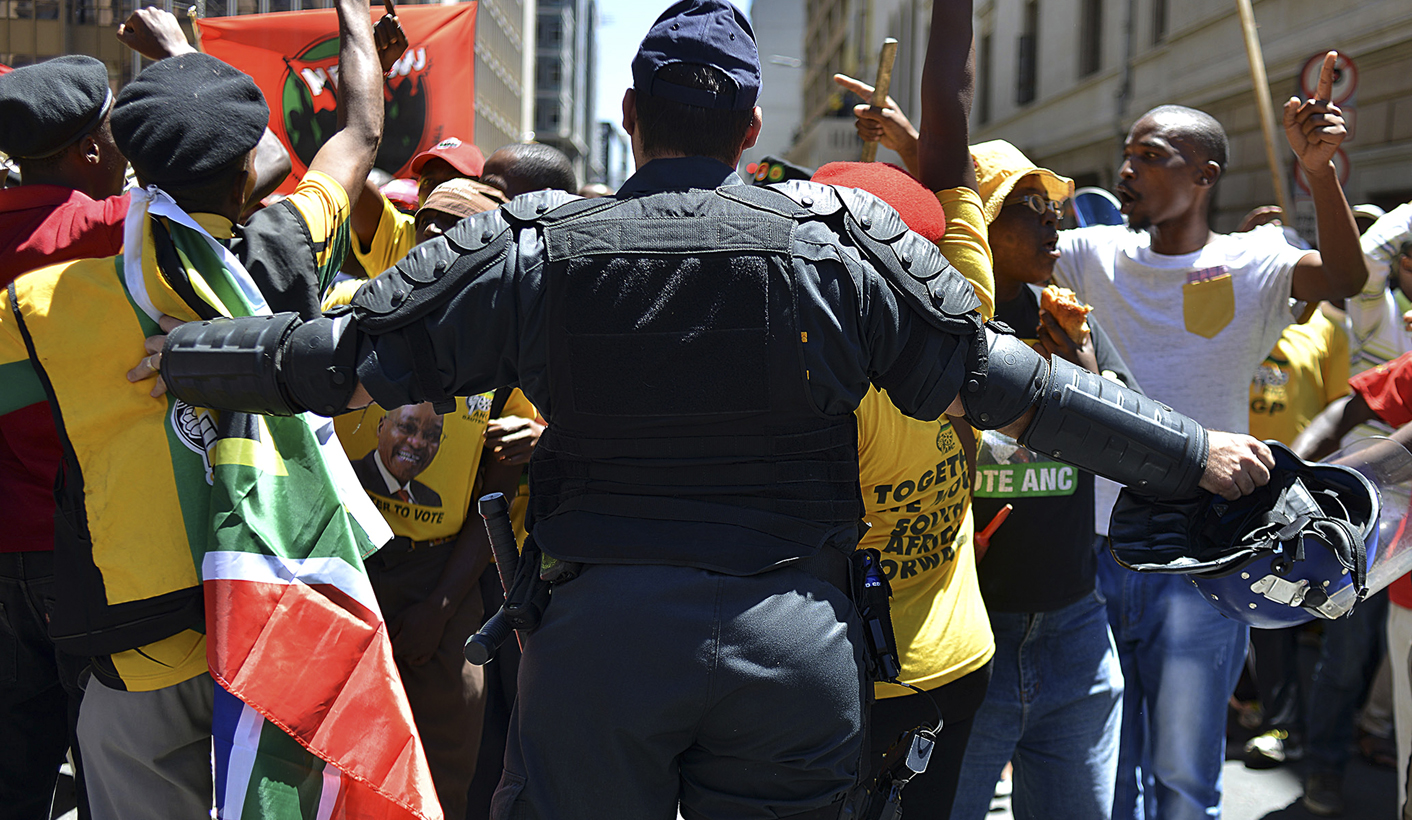 Oh good, the police and the National Prosecuting Authority are fighting in public about who is messing up high-profile cases. And you thought you had to be in parliament to embarrass yourself in front of a nation. Sadly, as ALEX ELISEEV writes, it’s us, regular South Africans, who suffer the most.

The decision by police and the National Prosecuting Authority (NPA) to take their fight out into the street is stupid for many reasons. For starters, they are both at fault. Secondly, they are on the same team. Thirdly, neither can afford any more bad publicity or any less public confidence. And finally, there’s the cold, hard truth that fighting doesn’t solve cases, nor does it convict criminals.

We’ll unpack these reasons as we go, but first, a brief explanation of how an old rivalry turned into an ugly, public brawl.

The pressure has been building for a long time. Both organisations have been poisoned by bad leadership, which has led to so many scandals, criminal investigations and commissions of inquiry that no human on earth can keep track any more. The police’s reputation is a delicate glass snow globe, which has been hurled off the roof of a skyscraper, shattering into a million pieces. Just this week photographs emerged of a couple of officers casually eating a banana while a victim of mob justice was being whipped and beaten to death. The alleged thief reportedly had his fingernails torn out with pliers.

The Marikana wound remains open, the Oscar Pistorius case was lost and the Shrien Dewani trial may well collapse without the defence even opening its case (after years spent trying to extradite him). Both the police and the NPA were desperate for a win.

Instead, along came the murder of Bafana Bafana captain Senzo Meyiwa. Why it all fell apart is no great mystery. There was crippling public and political pressure and the only thing that could ease it was a breakthrough.

You don’t need to land a spacecraft on a comet to understand the equation at work here: high-profile case + extreme pressure = half cooked investigation.

Having to drop all charges against the man arrested for Meyiwa’s murder was hugely embarrassing to the police and the NPA. The suspect’s name was dished out to the public and there was so much fear that he would be lynched that police closed off an entire court building with barbwire on the day he was set free. Amazingly, while there were a few sideswipes and sniggers, both organisations managed to keep it civil as the Senzo bomb detonated.

What happened with the Taegrin Morris case was a mirror reflection of the Meyiwa mess. It even played out in the same court. Once again, a man was arrested for killing the four-year-old boy, hauled to court and then set free. Again, it was due to a lack of evidence and no prospect of a successful prosecution.

This time, the gloves came off. Gauteng provincial police commissioner, Lesetja Mothiba, blamed the NPA. The NPA hit back. And before you know it representatives of both organisations were squaring off on radio shows.

The Morris fight comes down to this: The NPA believes the police pulled a Hilton Botha and messed up the investigation through a bungled identity parade attended by a single witness who was far from sure about anything. Taking such a case all the way to trial could be seen as “malicious prosecution”. The police argue that if their case was so terrible, how is it that a prosecutor reviewed the docket and decided to place the matter on a court roll? Hence, both sides are to blame. One for half cooking the case and the other for letting it out the kitchen.

The real tragedy, of course, is that the police and the NPA are two of the most crucial organisations in the criminal justice system. And, as the Institute for Security Studies (ISS) points out, the two are supposed to work together, not against each other. The ISS says the attacks point to a much deeper, more fundamental problem with leadership.

There was once a story about two law enforcement agencies fighting at OR Tambo International Airport while a drug smuggler slipped past unnoticed. This is very much the same scenario, only with much more at stake. Such as the parents of a little boy who was dragged behind a hijacked car and died.

The idea of investigators and prosecutors working together on cases is not new. There was once such a unit, which boasted a nearly 100% success rate. The Scorpions died a painful political death but the events of the past few weeks show that there is a clear and urgent need for closer collaboration, whatever form it takes. The power of prosecutors guiding detectives is well documented. If this does not happen, whoever set out to weaken these organs of state will continue laughing in the shadows while the crime statistics continue to rise.

One needs to look no further than parliament to see the effects of an institution frozen by fighting. While honourable members continue to be dragged out by riot police, protests erupt outside the National Assembly and sessions last for eight or nine hours without achieving anything, the bills (the actual business of parliament) pile up. Debates that matter don’t take place. Laws aren’t forged in the furnace of democracy. The same applies to criminal cases.

They say anger is a symptom of hope. But how much more anger and frustration is needed for the message to sink in? A message that the change has to start at the top and flow downward. That communities won’t work with or help a police service they don’t trust and witnesses won’t spend their days in court helping secure convictions. That South Africa is at a crossroad and every step – every big case or parliamentary session – matters. And that the last thing the country needs is a public punch up between cops and prosecutors. DM