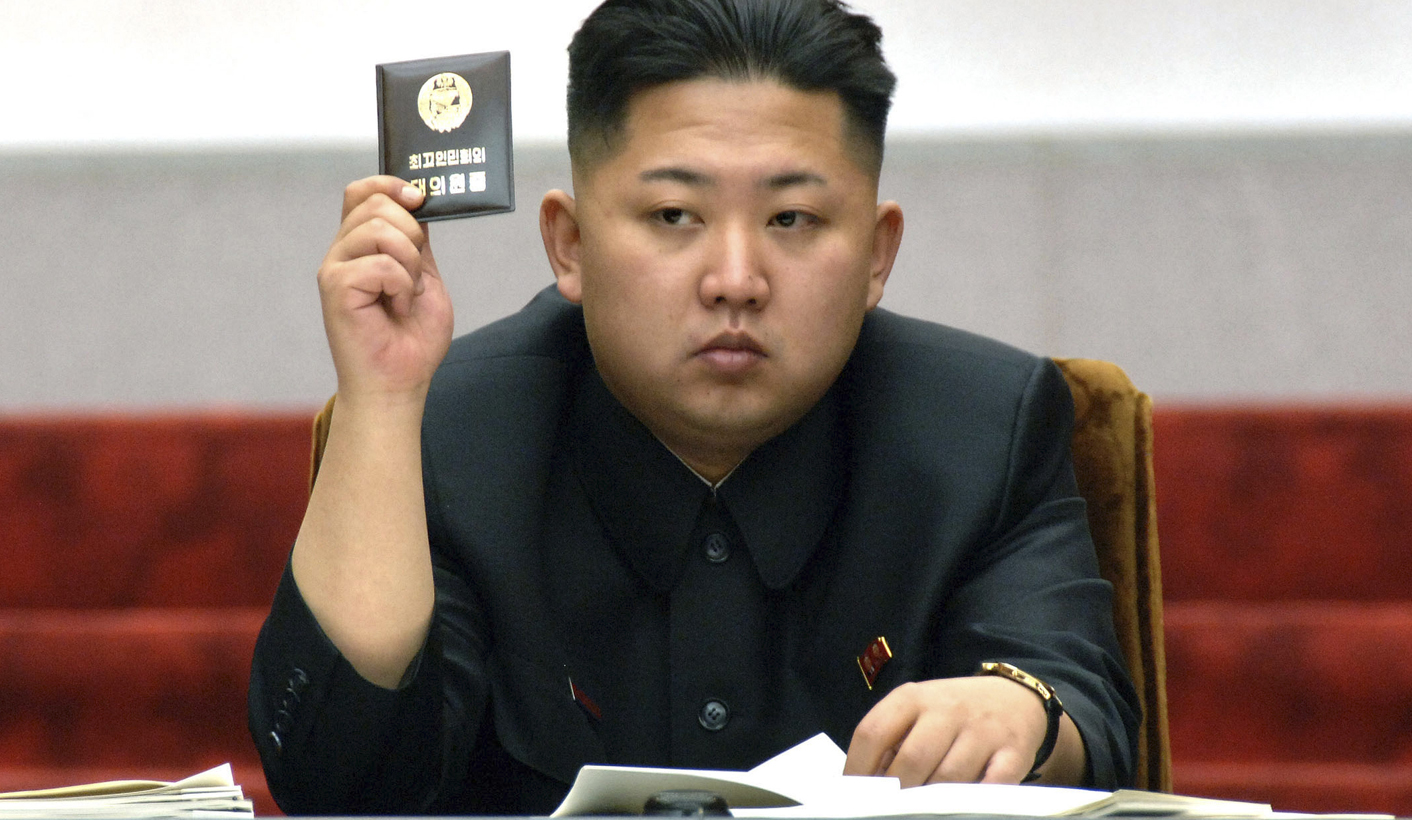 On Tuesday evening, when the United Nations voted to refer North Korea’s leadership to the International Criminal Court – for having the worst human rights record in the world – South Africa chose to abstain. Before the vote itself, we had argued vehemently against the motion. This puts us in the uncomfortable but, as of recently, the all-too-familiar company of the likes China, Russia and Iran. So much for a principled foreign policy. By SIMON ALLISON.

In 1993, Nelson Mandela outlined the blueprint of South Africa’s future foreign policy in a seminal article for Foreign Affairs magazine. It was and remains a remarkable document, almost revolutionary in its idealism. Mandela argues, repeatedly, that human rights will be central to the country’s actions on the international stage; that justice and international law will guide the relations between nations; and that South Africa will never remain indifferent to the plight of others.

“South Africa`s future foreign relations will be based on our belief that human rights should be the core concern of international relations, and we are ready to play a role in fostering peace and prosperity in the world we share with the community of nations,” Mandela concluded.

In New York on Tuesday evening, at the human rights committee of the United Nations General Assembly, South Africa’s diplomats demonstrated again how far they have departed from this blueprint.

At issue was North Korea, and specifically a 400-page UN report which details North Korea’s systematic mistreatment of political prisoners, and accuses the country’s leadership of a wide range of crimes including mass murder, rape, forced abortions, torture, and enslavement. It concludes that the scale of the human rights situation in North Korea “exceeds all others in duration, intensity and horror”.

At the human rights committee, Japan and the European Union jointly sponsored a motion to take diplomatic and legal action against North Korea. Included in this motion was a demand that the UN Security Council refer North Korea’s leadership to the International Criminal Court (ICC), where they could (theoretically, at least) be held accountable for their actions.

Of course, this motion is more symbolic than anything else. Kim Jong Un isn’t going to volunteer to go to The Hague to face justice, and his regime is skilled at brushing off external criticism. But it is, at least, a principled symbolism: a clear message to North Korea, and to the rest of the international community, that this kind of behaviour is unacceptable in the modern world.

The motion passed easily, with 111 countries voting in favour. South Africa, however, was not among them.

Instead, South Africa’s representatives abstained from the final vote, after having argued strenuously against the motion. In this, we were joined by the likes of Cuba, China, Belarus, Ecuador, Venezuela, Russia, and Iran (a group described by some American news outlets as “North Korea’s allies). Specifically, South Africa argued against the provision demanding that Kim Jong Un and co. be referred to the ICC.

These are strange friends for a liberal democracy to have, especially one that is supposed to be using human rights as its guiding light. Increasingly, however, these are South Africa’s best friends in the international community, as our voting record on human rights issues clearly shows.

“If you are defined by the company you keep, then South Africa is in deep trouble,” reported the Daily Maverick in May this year. “At the United Nations Human Rights Council (HRC) in Geneva, South African diplomats have been getting cozy with some of the world’s most notorious human rights abusers. Worse, South Africa has allied with these countries in abstaining from key resolutions and advocating amendments that prioritise national security over civil and human rights.”

In other words, South Africa’s position on North Korea is no anomaly. Consistently, South Africa has refused to take any stance on human rights issues in other countries. This year alone, we have abstained from motions on the human rights situations in Sri Lanka, Syria, Iran, Belarus and Egypt (the only exception to this pattern of abstentions is support for motions related to Israel-Palestine).

In the process, South Africa is forging a new policy: one based on realpolitik rather than rights (if, indeed, Mandela’s right-based approach was ever truly put into practice). For better or worse, President Jacob Zuma has decided that South Africa’s future lies firmly in the arms of China and Russia, and it is their lead that we are following on the international stage. Of course China doesn’t welcome scrutiny of North Korea, a key ally in east Asia; of course China and Russia discourage criticism of other country’s human rights records, given that they too are among the world’s serial rights abusers. And of course both countries expect South Africa, as an ally, to support their approach.

This, perhaps, is the greatest disappointment of South Africa’s failure to condemn human rights abuses in North Korea. It’s not about the motion itself, which passed anyway and has little real world application (it’s certainly not going to cause a change of heart in Kim Jong-Un). Far more disappointing is what this reveals about South Africa’s foreign policy: that, in effect, it no longer belongs to South Africa. DM

Photo: North Korean leader Kim Jong-Un holds up his ballot during the fifth session of the 12th Supreme People’s Assembly of North Korea at the Mansudae Assembly Hall in Pyongyang April 13, 2012, in this picture released by the North’s KCNA on April 14, 2012. REUTERS/KCNA