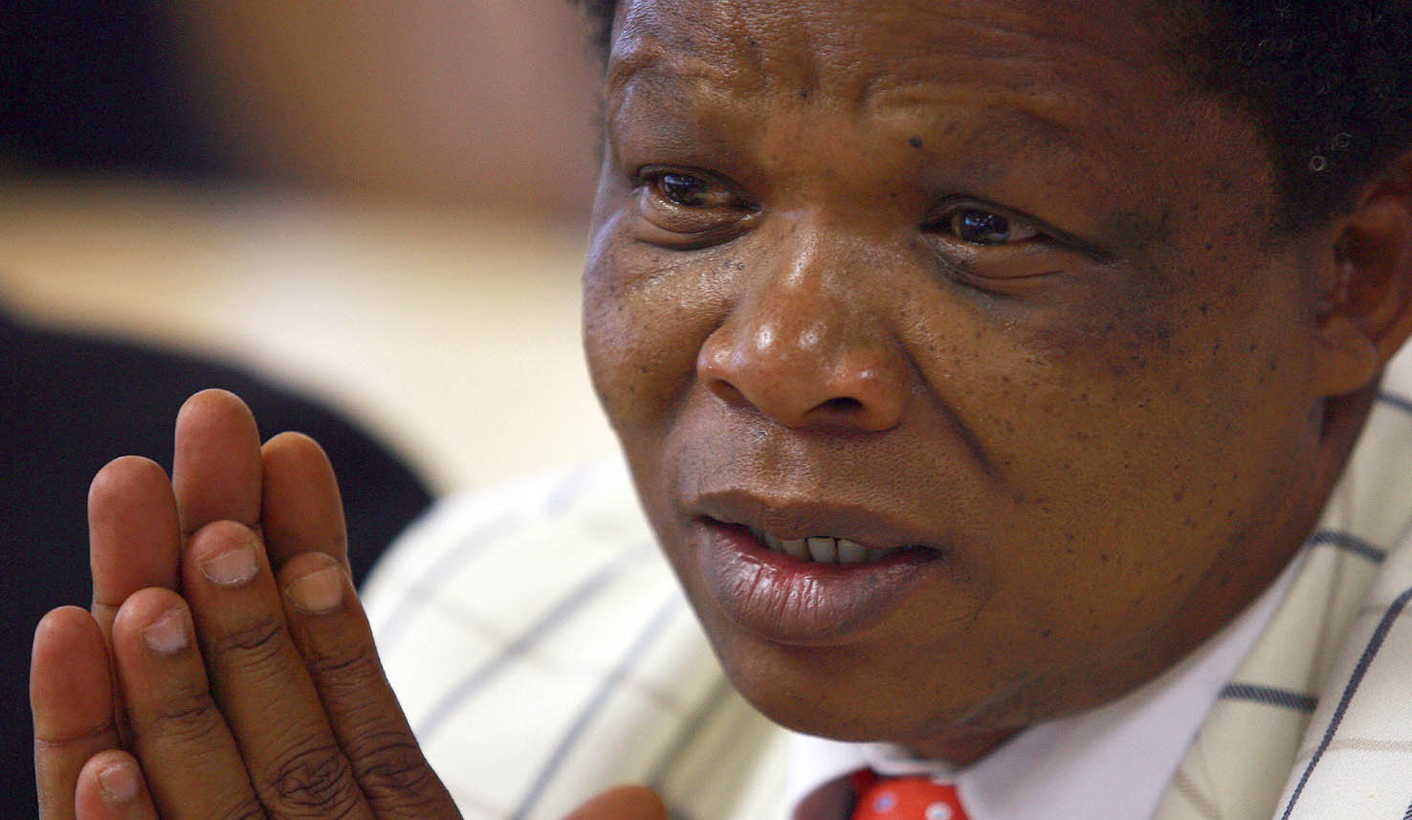 Amid allegations of gross incompetence and corruption at the South African Embassy in Uganda, Jon Qwelane has quietly returned to South Africa after his four-year term as High Commissioner to the notoriously anti-gay country has come to an end. And while Qwelane is no longer “in the employ of the state” he might still have to face charges of hate speech relating to a column published in 2008. By MARIANNE THAMM.

While allegations of institutionalised homophobia and corruption at the South African Embassy in Uganda are still being investigated by the Department of International Relations and Co-Operation, self-confessed homophobe Jon Qwelane is back in South Africa after his four-year term as High Commissioner to that country has come to an end.

This week LGBT activists noted that the position was described as “vacant” on the DIRCO website and after inquiries by the Daily Maverick it was established that Qwelane no longer represents South Africa in the notoriously anti-gay Uganda.

“In terms of our policies, an Ambassador is appointed for a term of 4 years. Mr John Qwelane has served his full term and has returned home. He is no longer an Ambassador and accordingly no longer in the employ of the state,” confirmed DIRCO spokesperson, Clayson Monyela,

This week US-based lawyer, Melanie Nathan of Private Courts, Inc, a conflict resolution and human rights advocacy group, said that sources inside Uganda had highlighted that the South African embassy “is fraught with corruption and ineptitude” and that individuals applying for visas to South Africa even had to bribe “personnel at the gate”.

In 2011 Nathan participated in a drive to have Qwelane recalled as high commissioner after he was found guilty by the Equality Court of hate speech, ordered to apologise to the gay community and fined R100,000 in the aftermath of a deeply homophobic column titled “Call me Names but Gay is Not Ok” published in The Sunday Sun in 2008. The column equated homosexuality with bestiality.

The order was overruled on a technicality. The SAHRC later re-instituted proceedings.

Qwelane is challenging the constitutionality of aspects of the Equality Act, under which he was convicted, claiming that his right to freedom of expression has been violated. Last week the South African Human Rights Commission requested the Johannesburg High Court to combine the two matters – Qwelane’s hate speech matter and his constitutional challenge to the Equality Act – so that both can be heard as a single matter.

Qwelane has brought his challenge against Minister of Justice, Michael Masutha and the Freedom of Expression Institute, while the Psychological Society of South Africa has joined the proceedings as friends of the court. SAHRC representative Advocate Thembeka Ngcukaitobi is reported to have said that it is in the interest of all the parties that the commission’s Equality Court case and Qwelane’s constitutional challenge be decided “concurrently”.

Apart from the court challenge Qwelane has also been accused of fostering a homophobic atmosphere at the South African Embassy in Uganda during his tenure.

On her blog Nathan writes; “There are also rumors of an anti-gay stance in the Embassy itself. This could be a remnant of Qwelane leadership. I am receiving reports that LGBTI people in Uganda have been having a difficult time obtaining visas for workshops and events that are being held in South Africa especially with topics that impact HIV/AIDS. The workshop industry is quite lucrative for South Africa as non-profits gravitate to the myriad of venues, supporting facilities, catering, tours, and providing much revered visitor income.”

She said that members of the LGBTI community in Uganda are lobbying to stop South Africa from hosting lucrative events in South Africa as Ugandans were “unable to obtain visas in a timely fashion, or at all.”

Monyela said DIRCO has been made aware of the allegations of corruption and ineptitude and was currently in the process of investigating these. The Johannesburg court is expected to rule on the matter later this week. DM

Photo: Journalist Jon Qwelane speaks during the SA Human Rights Commission’s ruling in Johannesburg, Tuesday, 8 April 2008 that it could not find any wrong doing his alleged use of the word “coconut”. Qwelane called Talk Radion 702’s Yusuf Abramjee and Kieno Kammies, “coconuts” when they recently objected to the Forum for Black Journalists’ racial exclusivity. They lodged a complaint saying it was discriminatory and hurtful. Picture: Werner Beukes/SAPA