Op-Ed: No fear in following the money – a lesson for South Africa 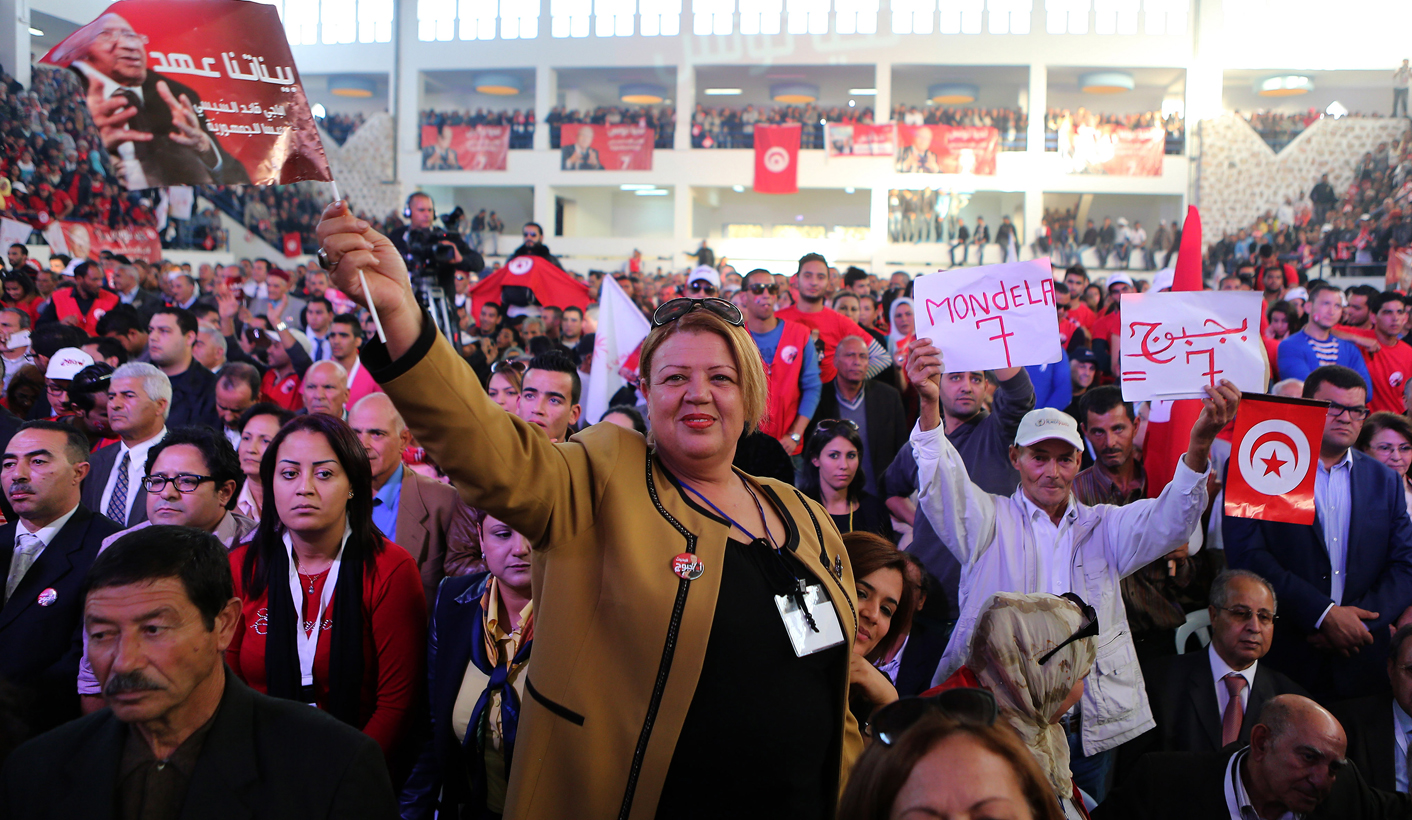 The people of Tunisia, the northernmost African country and epicentre of the recent Jasmine Revolution, conducted a peaceful election a few weeks ago, which has gone unnoticed by many South Africans. Situated on opposite ends of the continent, South Africa and Tunisia face similar social problems, such as high levels of youth unemployment and similar concerns about corruption. In our search for solutions to these problems, we potentially have much to learn from how our two countries have chosen to tackle the legacy of economic crime involving an old elite. By MICHAEL MARCHANT.

These recent Tunisian general elections are the first since the 2011 elections that followed the ‘Jasmine Revolution’ and the ousting of president Ben Ali, the events that precipitated the Arab Spring. Ben Ali, long-term President of Tunisia and a reported billionaire, enabled a system of patronage and corruption that allowed state institutions to be captured by a few well-connected people at the expense of the majority.

Although countries north of the Sahara are often dismissed as irrelevant to our experiences, this perspective is misleading, and short-sighted. This latest election is important because it provides some hope that (arguably unlike Libya, Egypt and Syria) Tunisia will emerge from the Arab Spring a considerably more free and democratic society. The high voter turnout (over 60%), the peaceful manner in which the voting occurred, and the calm concession of their loss by the incumbent Islamist Ennahda party to the secular Nidaa Tounes (a coalition government will still be required) are all good signs. But even more importantly, these elections form part of a broader transitional project addressing the injustices of the past and creating a fairer society. As South Africa continues to grapple with this challenge 20 years into our transition, Tunisia already offers some important observations.

A good deal of learning has certainly gone in the other direction. Tunisia recently launched their Truth and Dignity Commission, and recognised the co-operation with South Africa to help draft the transitional justice law. Nevertheless, and despite the continued tendency to see the South African TRC as a model for truth commissions, there are notable differences in the Tunisian approach. The Tunisian choice to focus on Dignity rather than Reconciliation is the first indication that this commission has taken a different course to post-Apartheid South Africa. The most significant difference is the fact that in addition to the traditional focus on abuse of civil and political rights in the form of violence, torture and other repression, it aims explicitly to investigate corruption and economic crimes (including fraud and misuse of public funds).

In fact, a special judicial chamber has been established and judges specially trained in order to consider cases of economic crime involving the old regime. These chambers will adjudicate on cases referred to it by the Truth and Dignity Commission (chaired by a panel of 15 eminent people), but are also empowered to hear cases referred to it outside of the commission process. In addition, the commission itself is specifically tasked with recommending the institutional reforms necessary to dismantle the system of corruption existing in the Tunisian state.

To understand why this focus on economic crimes committed by the old regime is so important, the starting point must be the self-immolation of fruit seller Mohamed Bouazizi in rural Tunisia, and the protests that followed across the region. The anger and disenchantment that took flame were not only at a lack of political liberties, but equally at the corruption and nepotism, the economic marginalisation and lack of opportunity that stripped people of their dignity. Bouazizi’s last words before setting himself on fire were allegedly, “How do you expect me to make a living?” This sentiment was also captured in the motto of the Egyptian revolution: ‘Bread, Freedom, Social Justice’.

So Tunisian civil society and political leaders have argued that addressing economic crimes committed by those in power is an essential task of the truth commission. Proponents argue that it is the only way for the truth commission to provide a genuinely ‘truthful’ account of the legacy of abuse. How complete could such an account be if it were to focus just on violent deaths, torture and other physical violations, given what we know drove the protests and uprising? How successful could the truth commission be in providing a foundation for a peaceful society without ending impunity for one of its fundamental sources of grievance? The Truth and Dignity commission thus recognises two things: 1) corruption and economic crime were fundamental parts of the oppressive regime, and 2) ending impunity for these crimes is an important step in reducing their occurrences and contributing to a more just and peaceful future.

This insight puts the South African TRC experience in an uncomfortable light. Just as (on the structural level) the injustice of Apartheid was at least as much economic as it was political, the (individual and organisational level) instances of the use of unjust means for financial gain are at least as numerous as the more ideologically-motivated. The continued indignity faced by so many South Africans is a key source of marginalisation and unrest. And, as in Tunisia, this broader economic frustration is inextricably linked to frustration with corruption and nepotism. Our TRC failed to meaningfully address the private and public sector corruption that thrived in the secretive, security-obsessed last decades of Apartheid. The systems and networks of greed, criminality and corruption were left undisturbed, and left to draw in new elites and power players. The lack of focus on economic crimes during South Africa’s transition increasingly looks to be a glaring omission and one that has had severe consequences for our society.

Is it too late for such justice in South Africa? Similar to the ground-breaking work of the Tunisian Truth and Dignity Commission, recent efforts in Argentina could prove instructive. Ruled by a right-wing military junta with close ties to the Apartheid state in the 1980’s, Argentinians continue to grapple with the crimes of the past. The conviction in October of Argentinian autocrat Reynaldo Bignone for crimes that include human rights violations and theft committed under the military junta in 1982 show that the passing of time does not preclude the possibility of justice.

The process of transition to a more just society is a series of events. Reconciliation is therefore enabled by a process and is not a one-off event. These initiatives in Tunisia and Argentina suggest new ways of thinking of how to tackle the problem of economic crime of an old elite. Almost twenty years after the establishment of the South African Truth and Reconciliation Commission, the time might be right for South Africa to watch others, learn and advocate for action regarding criminal aspects of our own unfinished business. DM

Michael Marchant is a Research Intern at the Open Secrets project, linked to the Institute for Justice and Reconciliation. www.opensecrets.org.za Twitter: @OpenSecretsZA

Photo: A supporter of the Nidaa Tounes (Call of Tunisia) presidential candidate, Beji Caid Essebsi, attends one of the party’s presidential electoral campaign rallies in Baja northwest of Tunis, Tunisia, 17 November 2014. The presidential election is scheduled to be held in Tunisia on 23 November 2014, with 26 men and one woman running for the position, though according to media sources the 87-year-old former Prime Minister Essebsi is currently a front runner. EPA/MOHAMED MESSARA