Words from the wise: Moseneke on the (legal) state of the nation 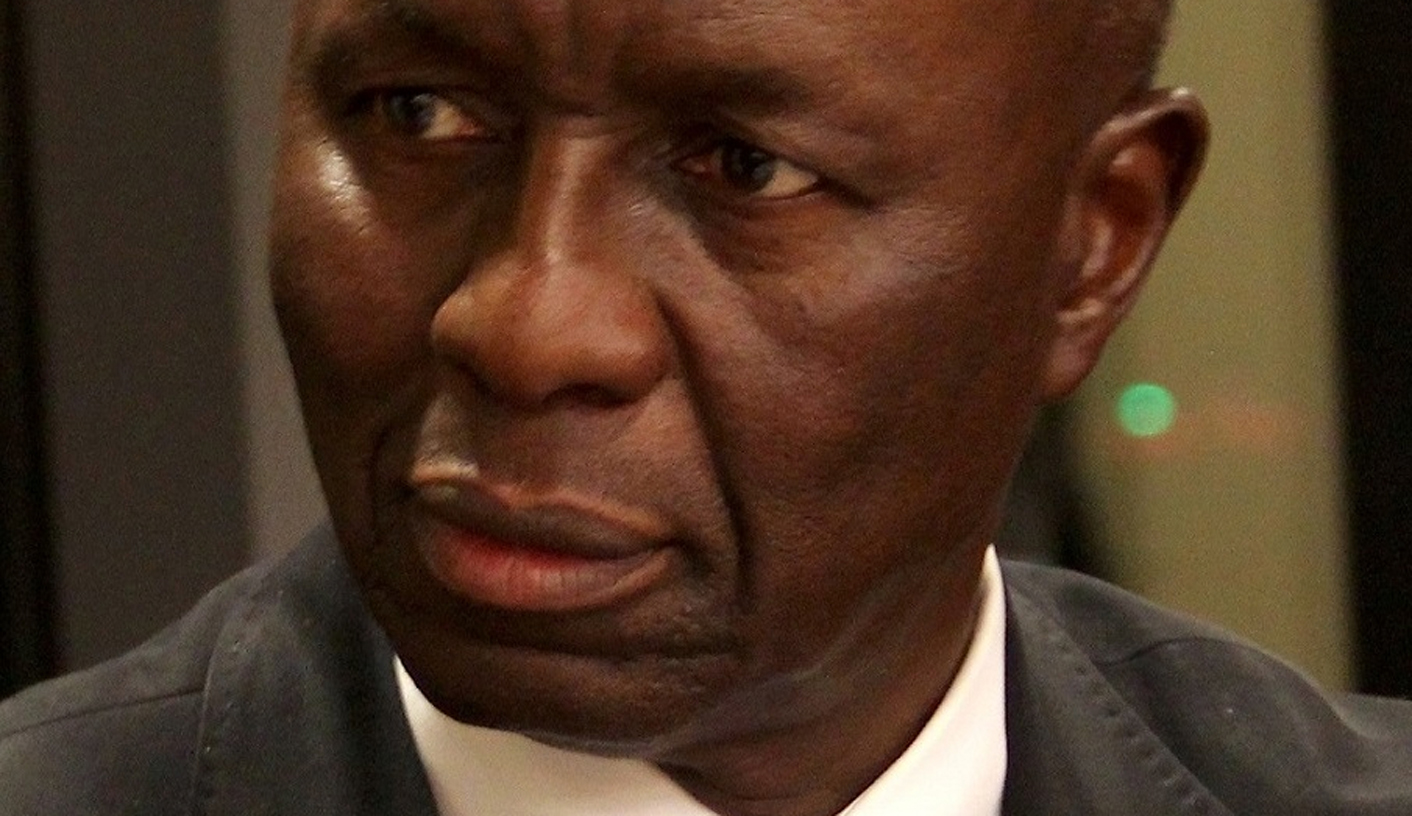 On Tuesday Deputy Chief Justice Dikgang Moseneke was widely quoted as suggesting that the President has too much power in the making of appointments to some of the top jobs of state. Immediately, our cynical commentariat started making dark noises about the National Prosecution Authority and the Judicial Service Commission. As a result, much of the subtlety of his remarks was lost. And much of the other content of his presentation was simply ignored. He deserves better. By STEPHEN GROOTES.

Of all the thoughtful, wise, brilliant, and just quite frankly impressive people South Africa’s peculiar history has produced, the story of Dikgang Moseneke sometimes doesn’t quite get the attention it deserves. Thrown into Robben Island as a teenager, famously finishing his matric in prison, and then rising to the position of deputy chief justice is a story that should make as much money as Invictus. So, when he talks about where we are as a nation, and not just in the slightly dry field of the law, we owe it to him to pay attention. Particularly when he looks at issues of land, race and class, and the powers of the executive.

But first, it’s important to look at exactly what he did say about the powers of the executive and the president in making appointments. Moseneke went through a list of some of the appointments that are within the powers of the president, including the office of the national director of public prosecutions, judges, the Judicial Services Commission (JSC), the chief justice (bravely), the heads of Chapter Nine Institutions, etc.

Then, in his prepared text he said this: “The vast powers of the appointment of the national executive bring to the fore the debate whether the democratic project will be best served by a powerful central executive authority. Our courts have had to adjudicate challenges against the rationality of several appointments made by the President. It is self-evident that an appointment by a deliberative collective is less vulnerable to a legal challenge of rationality than an appointment by an individual functionary.

“The ultimate question is how best we may shield appointments of public functionaries to institutions that gird our democracy, from the personal preferences and vagary of the appointing authority. The question may be asked differently. How best must we safeguard the effectiveness and integrity of public institutions indispensible to the democratic polity?

In less careful English, Moseneke appears to be suggesting that the current concentration of constitutional powers in the office of the president is a danger to our democracy. If that is too strong an interpretation, he at the least surely means that our democracy would be stronger, and more protected, if the president had less power over these appointments.

That said, his choice of words does matter here. Nowhere does he suggest that it is the over-concentration of powers of President Jacob Zuma that is the problem. Rather he is talking about the office of the president. And this should not be controversial in any way. It is obvious that by giving one person more powers than is absolutely necessary, ultimately the democracy suffers. It is surely the case that the less concentration of power there is in a society, the more democratic it is.

The other reason it is not at all controversial is that in fact a sitting president has said roughly the same thing, while in office. It was Kgalema Motlanthe who said that he felt the head of the National Prosecuting Authority (NPA) should be appointed in a different way, and “on the same terms as a judge”. In other words, it would be very difficult to fire them.

All of that said, none of this really matters. The Constitution is clear: the president has the power to make these appointments. It is never going to be in the political interests of a sitting president to change the Constitution on this. So it would take a political perfect storm for there to be real change. Which means that for the foreseeable future, there is more chance of Julius Malema chanting “Bring Back Baleka” than this happening.

Now, on to some of Moseneke’s other points. He tackles what has become the rather controversial Section 25 of the Constitution, or the ‘Property Clause’.

He says, “The Constitution does not protect property, it merely protects an owner against arbitrary deprivation. Deprivation that is not arbitrary is permissible. The property clause does not carry the phrase, ‘willing buyer: willing seller’, which is often blamed for an inadequate resolution of the land question. The state’s power to expropriate does not depend on the willingness of the landowner.

“The compensation may be agreed but if not, a court must fix it. The compensation must be just and equitable and not necessarily the market value of the land. Market price is but one of five criteria the Constitution lists for a court to set fair compensation. The property clause is emphatic that the state must take reasonable measures, within available resources, to enable citizens to gain access to land on an equitable basis.”

He then points out that after 20 years, his court has not heard even one land expropriation case under the property clause from government for a public purpose. He seems to be asking, perhaps, why not? Indeed, that is a good question. Considering how we’re often told that this is a burning issue, why is it that this has simply not been tested? If you look at how the Economic Freedom Fighters (EFF) appeared to “co-ordinate” a “land grab” by “community members” near Nelmapius outside Pretoria this week, this is surely an issue with political heat. But it was the ANC who condemned the land grab. Which would seem to turn white fears about this issue almost on their heads. Implicit in these comments, surely, is a slight criticism of the ANC that in fact it has not moved quickly enough on the land question. One often wonders if the ANC would have had a very different attitude to land if our northern neighbour had handled its issues on this rather differently.

If it were not for his comments about the powers of the presidency, surely Moseneke’s comments about race and affirmative would be the most controversial. While briefly running through the law as it is applied (and reminding us that “these measures may not account to quotas”) he then tries to jolt us out of our current thinking.

“In the second 20 years of our democracy we will have to think carefully whether the measures continue to be justified. This is so because fewer and fewer people will be able to claim legitimately that they have been disadvantaged by unfair discrimination of the past. For now the measures would enjoy constitutional protection because the Constitution permits restitutionary measures in so many words.”

Or, if you prefer, affirmative action cannot last forever, and we need to start thinking about it now. He goes on to say much of what the state must do to help people is not about race or gender, and shouldn’t be. While not disputing the importance of affirmative action, he is of course, correct. The number of people who can claim to have suffered under Apartheid will decline. That doesn’t mean, though, that economic apartheid is dead. The real question here may be at what point do we stop affirmative action. One can imagine the vote getter that this issue could be, should someone need it in a few years’ time. For the moment, though, generally speaking, whites seem to be able to use the advantages handed down to them by their advantaged parents to overcome most obstacles posed by affirmative action (Stephen, you do know your inbox is about to explode again, right? – Ed).

Moseneke has learnt from bitter experience the dangers of being quoted unintentionally. He is someone who has literally given his life for our democracy. We owe it to him to engage with what he has said here. And at the very least to read it in full. DM