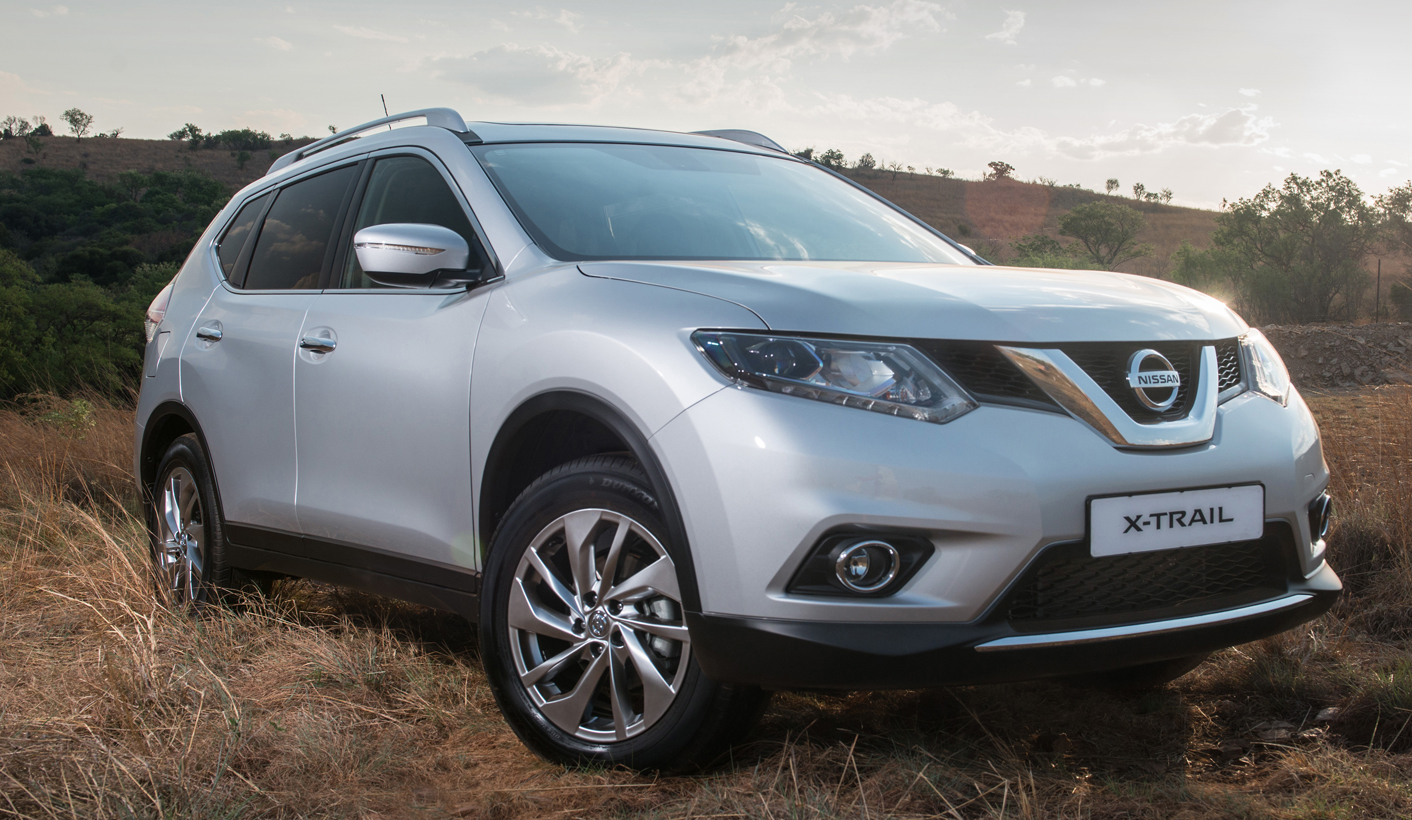 The latest, third-generation Nissan X-Trail is not only the sleekest and most aerodynamic model to date. It’s also smart inside and out. However, will its crossover-like sophistication get in the way of its all-terrain prowess? DEON SCHOEMAN finds out.

Nissan has become something of a crossover specialist. The big Murano was one of the pioneers of the genre, combining a full-sized SUV form factor with luxury and exclusivity while proudly doing without all-wheel drive.

The compact, wieldy Qashqai and the cheeky, subcompact Juke followed in the Murano’s tyre tracks, entrenching the brand’s crossover commitment in the process.

By comparison, the X-Trail was always a softroader with attitude: a chunky, compact SUV with a penchant for roads and tracks less travelled. But the new, third-generation X-Trail is an altogether sleeker, more sophisticated vehicle. In fact, it looks more like a crossover than a compact SUV.

No surprise, then, that there’s more than a passing resemblance between this latest X-Trail and the new-generation Qashqai, launched earlier this year. Admittedly, the Qashqai is a little more compact, and a little lower. But the front-end treatment, the D-pillar treatment and the overall aesthetic character are very similar. And under the skin, they share the same platform.

In that context, one could be forgiven for considering the X-Trail a less capable vehicle than its forebears, at least in off-road terms. However, never judge a book by its cover. While previous X-Trails may have looked more angular, and more utilitarian, the replacement offers more than just a pretty face; it promises significant improvements across the board.

The X-Trail is offered in 4×2 and 4×4 forms, and it’s clear that the former’s focus is more on crossover versatility than on all-terrain talent. But the four-wheel drive model on test here benefits from two key improvements: the ground clearance has actually increased to 209mm. And despite a larger form factor, the newcomer is actually around 90kg lighter.

The lower mass is important from both efficiency and performance points of view, while it also benefits all-terrain capability. All-wheel drive is standard on the flagship LE model.

It’s one of those intelligent set-ups that runs in front-wheel drive by default, but starts feeding power to the rear wheels when things get slippery. You can lock the system in front-wheel drive for optimum on-road efficiency, leave it in fully automatic mode, or select 4WD Lock, which splits power equally between front and rear.

The latter setting is best employed by those intent on venturing off the beaten track, and don’t want to be caught out by some deep sand or a steep, slippery slope. Of course, momentum also helps – and the X-Trail’s powerplant is more than up to the challenge.

Part of the system is a brake-activated electronic limited slip diff that directs the power to the wheels with the most traction by braking the wheel that has lost grip.

You’d be forgiven for considering the X-Trail’s engine too modest for the task. The turbodiesel has a capacity of just 1.6 litres, yet pumps out 96kW of maximum power and a prodigious 320Nm of torque.

The gearbox is a six-speed manual – and just as well because for all its enthusiasm, the four-potter can be a little laggy at low engine speeds. The manual transmission makes it easier to squeeze the best out of the diesel mill by keeping it in the power band.

The small engine capacity should translate into reduced fuel consumption, and Nissan claims an impressive 5.3 litres/100km for the combined cycle. However, I had to be content with mid-7 litres/100km during our one-week test cycle. The 60-litre fuel tank thus promises a range of about 800km.

The 1.6-litre turbodiesel isn’t the only engine option. There’s also a slightly smaller, less powerful 1.5-litre turbodiesel, and two normally aspirated petrol engines with capacities of two and 2.4 litres respectively. As far as gearboxes are concerned, a constantly variable transmission is also on offer.

One of the most impressive aspects of the new X-Trial is the interior, which is smart, spacious and versatile. The rear bench seat is split 60:40 and each section can slide fore and aft to find the best compromise between legroom and luggage space. Of course the seats can also be folded flat, which creates a massive cargo compartment of 1405 litres.

Those utilitarian capabilities aren’t achieved at the expense of comfort and luxury, however. In line with its flagship status, this 1.6 LE gets a long list of standard convenience items. These include leather upholstery, electric seats, windows and mirrors, a multifunction steering wheel, a panoramic sunroof, remote central locking with keyless operation, and a motorised tailgate.

On the move, the X-Trail feels zippy enough, although it does run out of steam with a full load on board. Unladen, it will dash from zero to 100km/h in 11 seconds flat, while top speed should be around 185km/h. The ride is good, smooth without feeling soggy.

The X-Trail turns in willingly, but is easily induced into mild understeer when cornering with too much vigour. That despite a system Nissan calls Active Trace Control, which is supposed to counter understeer. Perhaps it only intervenes at the limit.

Head off the beaten track, and the X-Trail proves that it’s still an above average soft-roader. The automatic four-wheel drive system provides traction when it matters, and the ground clearance is sufficient for most situations that don’t require low range.

Admittedly, my first impressions of the new Nissan X-Trail were of an all-terrainer that had gone soft. But as it turns out the X-Trail will still go to places normal crossovers can’t reach, while providing plenty of space and comfort.

This flagship LE model has everything that opens and shuts, but the price tag is steep, and for R83 000 less, the SE version offers better all-round value. DM