Analysis: What’s going on at the Ministry of Women? 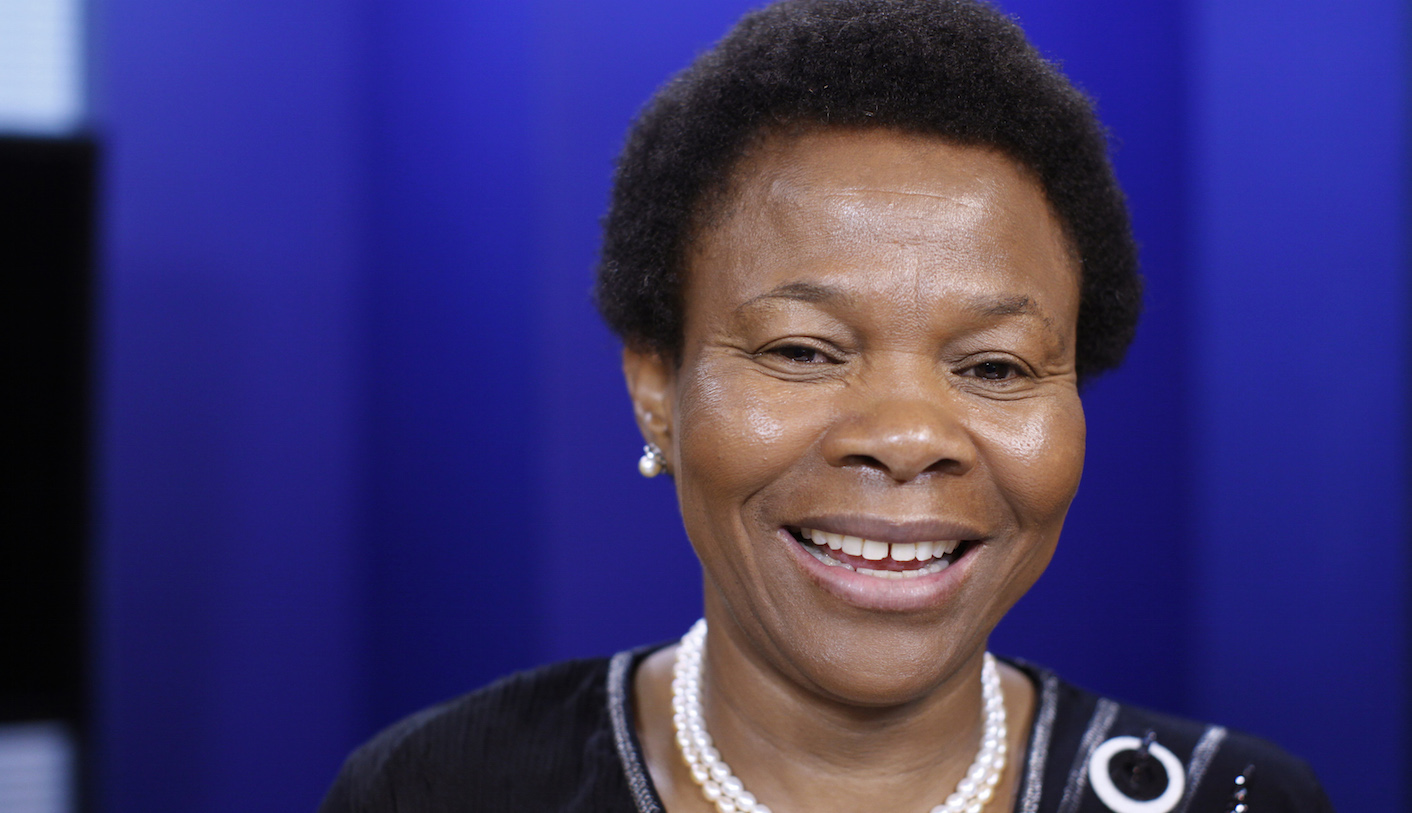 Comments made last week by the Minister for Women have caused alarm, seeming to promote archaic, patriarchal views of gender roles. When President Zuma announced that the Ministry of Women would move under the remit of the presidency after the elections, there were hopes that this proximity to power might galvanise a hitherto ineffectual portfolio. But with the year almost over, there’s little sign that anything meaningful has been achieved. By REBECCA DAVIS.

When Minister for Women Susan Shabangu hit the headlines last week, it was a rare occurrence. We’ve heard very little from the minister, or her re-aligned department, since the Cabinet re-shuffle. Shabangu’s appointment in the role was hailed with tentative enthusiasm, since the feeling seemed to be that she could hardly do worse than her shambolic predecessor as the champion of South African women, Lulu Xingwana. Five months down the line, hopes are fading.

When the new department was created, spokesperson Kenosi Machepa was quoted as saying: “Women will be going back under the guidance and watchful eye of the president”. It wasn’t a statement to inspire a great deal of confidence, given President Zuma’s dubious personal record on gender issues.

Shabangu’s utterances last week were the clearest indication to date that when it comes to governmental thinking on gender, regression, rather than progress, may be the order of the day.

As Raymond Suttner noted in the Daily Maverick, Shabangu’s statements at a meeting for women’s organisations that men are supposed to be “protectors of society”, and that women need to “get their confidence back”, were greeted with alarm by many of the participants present.

Yet more concerning was the warm reception reportedly given to the views that women should be submissive to their husbands; that feminism is un-African; and that domestic abuse should be dealt with in the home rather than by funding centres for abused women and children.

But although these sentiments have drawn the media spotlight, less attention has been paid to the worrying inertia that seems to have gripped the new department. “Bugger-all” has been achieved, an insider told the Daily Maverick candidly.

The department does not seem to currently have a website – or if there is one, it’s awfully well hidden. Minister Susan Shabangu is listed under “Ministers in The Presidency”, but when you click on her profile, you are informed: “There is currently no information to display in this section”.

A lack of information seems to be a wider problem.

At the most recent meeting of the parliamentary portfolio committee dealing with the Ministry of Women last week, proceedings were delayed by 80 minutes because the department’s second quarter report was still being prepared. Minister Shabangu stayed away altogether. When the department’s Director General eventually arrived, it was explained that the report was not ready, due to its additional complexity thanks to the departmental transfer of functions.

ANC MPs in parliamentary committees often act as loyal guards of the relevant ministers and top officials, but on this occasion a number of ANC MPs present expressed the belief that the department’s officials, and Minister Shabangu, should take the committee more seriously.

“The committee was being asked several challenging questions by the public, which it could not answer,” the Parliamentary Monitoring Group’s minutes recorded.

“Only 18 out of 30 targets were achieved in the first quarter of 2014/15 and there are still outstanding targets from the previous year,” Robinson recorded.

The transition from the Department of Women, Children and Disabilities to the Ministry of Women in the Presidency does seem to have caused some functional confusion, with parliamentary reporting seemingly mainly focused on the department’s previous incarnation thus far.

At the previous portfolio meeting, 2013 monitoring and evaluation results for the former Department of Women revealed that the ministry rated below the national average in key performance areas, except strategic management.

The annual report of the Department of Women for 2013/2014 stated there was “a considerable staff turnover in the previous financial year, a marked improvement in staff training opportunities, questionable issue of performance bonuses, questionable use of donor funding on core programs as well as a failure to attain targets in some of the programmes”, according to PMG’s summary.

The department has consistently overspent on aspects like travel, administration and salaries. The Commission for Gender Equality spent 64% of its 2013/2014 budget on the compensation of employees.

The ministry’s targets, meanwhile, have remained extremely modest. When its strategic plan was presented this July, targets included ensuring that 60% of women occupied senior management positions within the ministry, producing four quarterly reports, and running four anti-corruption initiatives during the year.

Why anti-corruption initiatives should fall under the ambit of the Ministry of Women is unclear.

Shabangu herself seems to be making herself useful deputising for the president when required. Late last month, for instance, she was deployed to represent President Jacob Zuma at the celebration of the Golden Jubilee of the Republic of Zambia. In September, she covered for Zuma at the AGM of the National Teachers Union in KwaZulu Natal, giving a speech in which the word “women” appeared just twice.

Her appearance at last week’s meeting with women’s organisations marks the imminent arrival of the 16 Days of Activism, an initiative which evokes mixed feelings.

“This is the dilemma – without it, there would be less awareness-raising on the issue,” wrote Frank Meintjies for SACSIS last December. Calling the campaign “woefully inadequate”, Meintjies pointed to the fact that “it has become so routinised that key organisations leave their planning till late; key activists openly question the effectiveness of the campaign; and, for many institutions, the 16 Days become an excuse for a 11-month period of apathy and denial.”

Perhaps this year will be different. Or perhaps not. Cabinet announced recently that beyond the 16 Days, “there is a year-long programme which will monitor and evaluate the extent to which lives have improved through the implementation of laws and programmes aimed at eradicating violence against women and children”. One could surely save time by glancing at the crime stats.

It is reasonably early days for the new ministry, and undoubtedly too soon to judge its long-term prospects for making a genuine contribution to improving South African women’s lives. So far, however, the signs aren’t looking good. DM