Rafael Marques de Morais: ‘Silence will not save us’, says Angola’s voice of reason 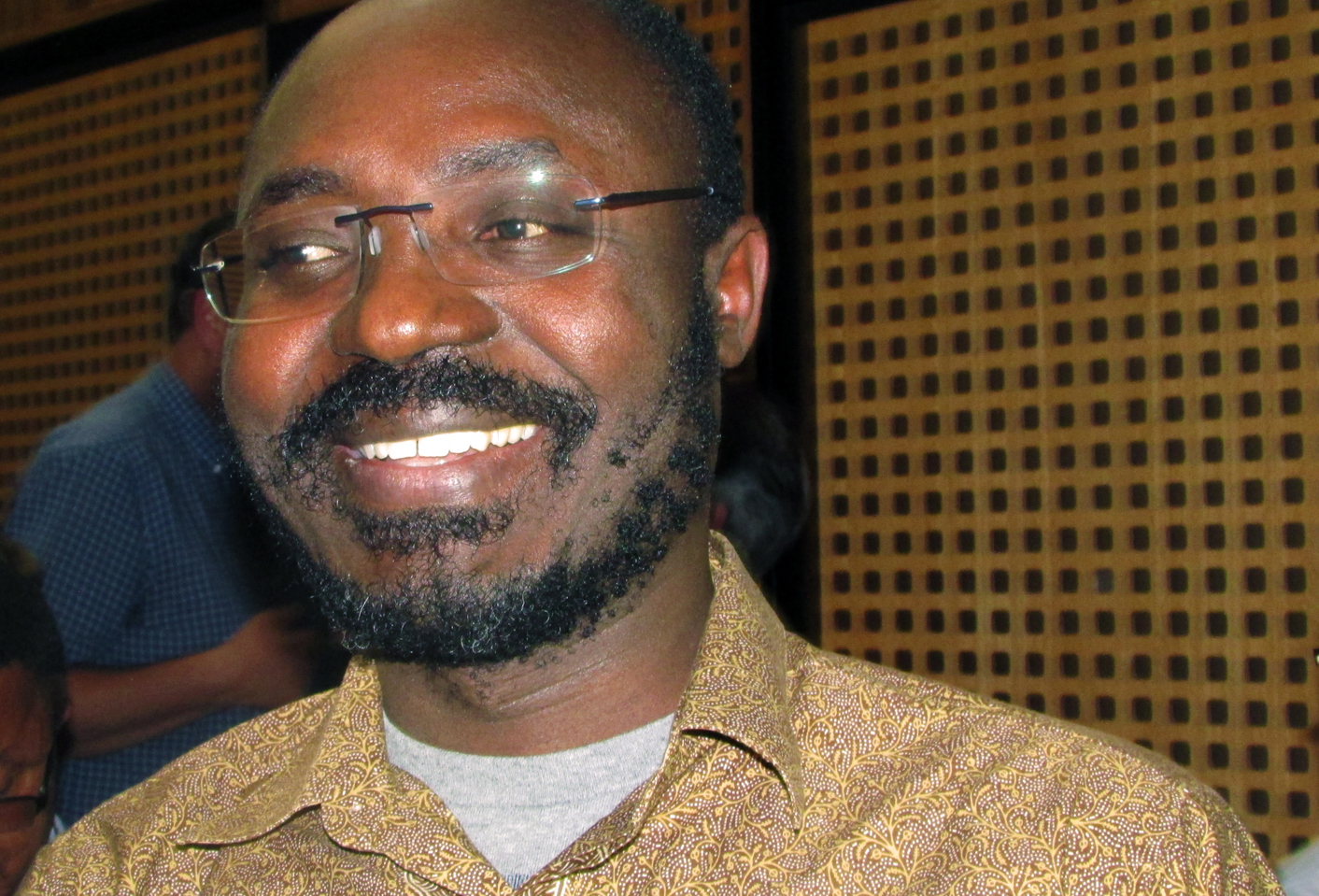 There’s not a lot of critical, independent journalism coming out of Angola – a country that desperately needs journalists to hold its corrupt government to account. Most of the good stuff that does exist comes from the over-worked keyboard of Rafael Marques de Morais, a fearless investigator who has repeatedly lifted the lid on the worst excesses of the Dos Santos regime. SIMON ALLISON caught up with Marques at Wits University in Johannesburg, where he delivered the 2014 Carlos Cardoso Lecture.

“I am here for you. I am your brother in arms.” Rafael Marques de Morais looked up from his notes, his speech over. The Wits University auditorium into erupted cheers, and the audience rose to give Marques the standing ovation he deserved. He looked a little bewildered by the adulation.

In his native Angola, Marques gets a rather different reception.

Prophets are rarely welcome in their own land, and the same applies to investigative journalists. Marques has been repeatedly beaten, intimidated and detained by Angolan authorities who don’t take kindly to his relentless coverage of their failings: the corruption, the abuses, the mismanagement of the self-serving petro-state that President Eduardo Dos Santos has created. His website, Maka Angola, is the main source of independent news in the country, and he has uncovered a succession of high-profile scandals. This makes Marques an existential threat to a regime that thrives on secrecy and misinformation.

But here, for this exceptional audience of investigative journalists from all over Africa (gathered for Power Reporting 2014, a conference on African investigative journalism), Marques is an inspiration, a hero, a testament to the fact that one person can and should make a difference; that even the most secretive of regimes are vulnerable to the power of information and ideas.

Born in 1971, Marques began his journalistic career at a state-run newspaper. There he would constantly get into trouble with his editors for failing to toe the party line. Eventually his conscience forced him to go in a different direction.

“In 1994, during Angola’s second civil war, while I was spokesperson for the World Food Programme, I met, in Luanda, a young, lean and intense journalist,” recalls Mercedes Sayagues, a freelance journalist and regular Daily Maverick contributor who has known Marques ever since. “He was pondering becoming a human rights defender, well aware of the risks that involved in taking on a dictatorial regime in a war-torn country.

“Having cut my journalistic teeth in the first newspaper opposed to the military dictatorship in Uruguay, of course I encouraged him to follow his heart. Angola needs people like you, I said. You know the risks? ‘I am sure. If needed, I will go to jail,’ he said quietly. I knew this was not bravado. It came from a steely resolution.”

Two decades later, that steely resolution hasn’t softened. He tells the audience: “The logic, for the regime, is simple. If no one reports on the abuses, then there are no abuses.” This is his mission: to break the silence, to shine light on the darkness.

Later, in an interview delayed by the dozens of people clamouring around him for selfies, he elaborated on this.

“In my own experience in Angola, a country that went through war, I didn’t see people being saved because they never said anything. Silence doesn’t save you…When a society agrees on silence as a way of survival, that society is finished, because it’s only a matter of time before troubles pile up. That’s the kind of silence that has enabled societies to breed Nazism, fascism, Stalinism and other ruthless demagogue leaders that actually drove this world to destruction. So collective silence to protect people’s lives actually does not protect anyone’s life. During Apartheid in South Africa, those who remained silent were not respected by the police because they were silent. Those who spoke out may have been beaten, tortured, but many also died anonymously for doing absolutely nothing.”

Speaking out is still dangerous, however. Marques has been arrested numerous times, and is currently facing nine separate court cases related to things he has written. Most recently, in September 2013, he was arrested while trying to cover the trial of anti-Dos Santos protestors. In the process, he was beaten and his camera was destroyed. For Marques, this is just part of the job.

“At the moment, what I’m doing, this is my life. I’m blessed with a family that understands. As a child, my mother always told me, be honest, speak the truth, and do not be afraid of being who you are. So I learnt that lesson. Quite often [my mother] hears of my brief arrests on the radio or through friends and by the time she calls me, I say no, I’m at home…you know, it’s business as usual.”

Marques laughs as he tells this story. The violence and intimidation doesn’t appear to scare him anymore, at least not publicly. He points out that it’s easier now, that journalists with international reputations and a clutch of prestigious awards don’t get it as bad as young, unknown protestors or civil rights activists.

He’s also not worried about the government snooping on him, as they surely are, or protecting his information. “There’s one way to protect information I have,” he said. “By publishing it. Once it is in the public domain, there is nothing the authorities can do. They can come on my computer, they can stall a story for days, but they won’t disable my ability to publish those stories. So no leader will strike fear in me, because they’re as human as I am and I’m really committed to make sure I do my job with a clear conscience, and just tell the truth as I see it.”

This is journalism in its most pure and noble form, which is why Marques received such a generous reception from his fellow journalists at Wits: he is the role model for how we should all be doing our jobs. Marques is proof that, with plenty of courage and dedication, it’s possible to speak truth to power, even from the heart one of Africa’s most repressive regimes.

“Check your conscience first, and follow your conscience… one has to remain aware that as an individual you can affect things, and you can change things, if you have the will to do it,” he concluded. DM